Before we go through all the stuff you probably don’t want to watch anyway, I feel like I should warn you that at some point today it’s likely you’re going to get bad news about the CBA negotiations. The leaks are increasing, more reports of no progress, and it’s starting to feel like this was all part of the show instead of actual work. For a second there it felt like everyone became interested in saving a season with integrity — after all, 70-75 games really would not have been much of a loss and in fact may even be better than the slog that 82 can feel like. Now it just feels like they’ll do just enough just in time just toss out something, regardless if it is a true farce of a season or not. It’s games, it’s a schedule, and that’s all they care. Whether you do or not, I leave to you.

Hogs-Griffins online: Y’know, if you feel like torturing yourself by watching the simply abominable feeds of AHL Live. It’s like twice as much as Gamecenter, y’know?

Premier League: Wake up early, watch some of this. And sleep through the afternoon. Because you won’t find much there to keep you entertained.

College Football:I guess I’m supposed to pretend that Notre Dame-BC or Oregon-California matters. They don’t. I don’t even think there’s a Big 10 game that those of you who do can fool yourselves into thinking is worth your time.

T’Wolves-Bulls: Ok, be honest. Did you remember that the T-Wolves still existed? You didn’t, did you? They apparently are still around. So there you go. Learn something new every day.

Hogs-Admirals: This seems like a good night to go out there if you’ve ever been so inclined. You’re not missing anything here, traffic won’t be as bad as trying to negotiate rush hour on a weekday getting out of the city. If you do, feel free to leave us a Forum piece or such on your experience.

Tottenham-Man City & Chelsea-Liverpool: If anything else it keeps you from watching NFL pregame, which should be the aim of any Sunday morning. There’s also Barca-Mallorca later in the morning for those of you who like sangria. But then, what kind of brain damage does it take to not like sangria?

NFL: Not much during the day to get your pulse racing. You can join Killion at the bar watching Cowboys-Eagles and helping him root for the stadium to collapse. Bengals-Giants isn’t awful I suppose. But other than that? Woof.

Texans-Bears: I swear to god, if the Bears weren’t good this year I’d look like Dr. House without his meds. Anyway, you can imagine NBC execs lost their mud when this one came up trumps. Still, there’s nothing like Chicago when there’s a big Bears game afoot. Get a fuckload of beer and fried chicken and drink this one in. Literally.

Anything I missed, like maybe a college hockey game or something feel free to add in the comments. I’m going to go struggle to breathe some more. 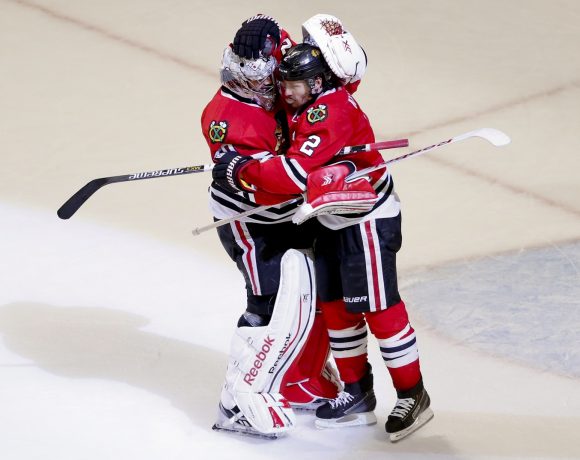