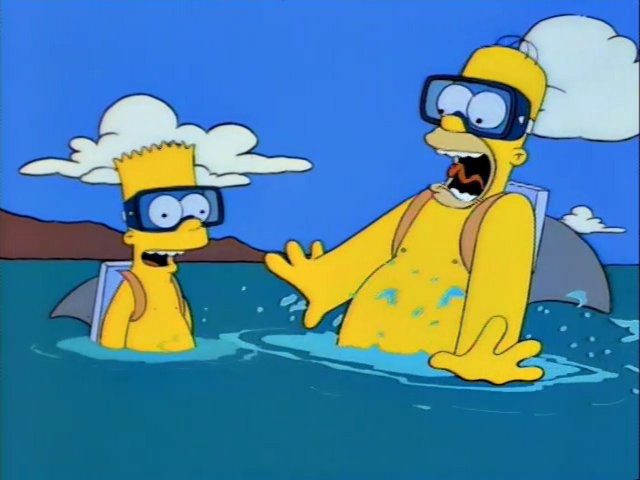 In about five years, if you’re not already, we’re all going to look back and just wonder how in the hell the Sharks ever came out of the West. It was the perfect storm for them I suppose, as the bottom dropped out on pretty much every other team that had kept them down for so long and they were able to rise by standing still. It might be as good as things get for the Sharks for a while. Teams aren’t supposed to be completely handcuffed by the departure of a 35-year-old, one-dimensional scorer. It’s the kind of thing you buttress your team against. And yet, here the Sharks are, still holding a bouquet of flowers for Patrick Marleau in the rain, unaware that they’ve completely wilted now and wondering just where their love went. And it hasn’t allowed them to come up with too many answers otherwise either.

Goalies: It’s pretty settled. It’s going to be Martin Jones for the majority, and he’ll be spelled by Aaron Dell, whom I’m pretty sure the Sharks keep around simply because his name is “Dell” and everyone in the Bay Area loves a good ironic joke. They might not have what they think in Jones, however.

Jones was ok in his first year as a starter in San Jose two years ago, with an overall SV% of .918 and one at evens of .925. His playoffs was clearly what opened eyes, where he went .923 in their run to the Final. But Jones was barely ok last year, and his .915 at evens isn’t exactly glittering. It’s certainly not going to be enough to take this limited squad past either of the Alberta teams or the one down the I-5 in Anaheim. Maybe it was just a hangover from playing 80+ games in a season after never playing more than 19 when he was a backup in LA. Maybe this is who he is. The Sharks had better hope it’s the former.

Dell was actually really good as a backup last year, with a .946 at evens. If he can come anywhere close to that the Sharks might be better off keeping Jones around 55 games instead of 65. But to expect another spasm of brilliance from Dell would make you a resident of Willy Wonka’s factory.

Defense: Still the strength of the team, the only issue being there’s a lot of miles and a lot of years on the top four. The Sharks will still sport Marc-Eduoard Vlasic, Brent Burns, Paul Martin, and Justin Braun on the top four, which you can’t complain about. Vlasic should have a Norris by now, maybe they can give him the one they just handed to Doughty because he bitched about not having one for long enough. Burns is hipster Karlsson, and though Martin is really getting up there he can get you up the ice when you need, too. Braun was a useful foot soldier, but the bottom fell out on him last year when he had a -7.0 Corsi REL.

But the “getting up there” part applies to everyone. Martin is 36. Burns will turn 33 at the end of the season. Vlasic is 30. Braun is 30. That’s a lot. How much longer Burns can do his one-man army routine is a very open question, as is whether Martin or Braun are really able to play center fielder for him effectively. How much longer Vlasic can keep the top threats at bay is another one.

All of which makes their giving up on David Schlemko after one season even stranger. Schlemko was never going to be a top pairing guy, but he’s an excellent third-pairing who could fill in on the second if something happens through either injury or decomposition with the other four. Maybe they were opening cap room for what they thought they needed for both Marleau and Thornton. That went well. Anyway, it’s left them with a third pairing of Brenden Dillon and Dylan Demelo, which will cause nearby plant-life to die.

Forwards: This is about as thin of a group as the Sharks have rolled out in a while. The first question you want to ask, though it hasn’t really put them in any cap trouble, is why they felt the need to take all the money they wanted to give Marleau and just hand it to Thornton. It’s only for one year, but Thornton had 50 points last year. He doesn’t need a lifetime achievement award. Anyway…

Thornton and Pavelski will still be on the top line, and that should still give you 25-30 goals from Joe. It looks like Jannik Hansen will continue to fall upwards and go from playing with the Sedins to this, though this is an awfully old line and Thornton’s decline is upon us not matter what his metrics might suggest. Again, 50 points last year. And 38. Time wins the battle with everyone.

The Sharks remain strong down the middle with Couture and Hertl behind that, assuming they leave Hertl the fuck alone for once and just let him play center. But the wings… oh man, the wings. Couture could be between Mikkel Boedkerr, who sucks out loud, and Joonas Donskoi, who is as sturdy as a fart in the wind and has yet to prove to be a dynamic scorer. He has all the skills, but he just hasn’t put it together. The third line could have Joel Ward, whose ashes they’re going to have to scatter into the Bay somewhere around February, and Timo Meier who looked a tasty player at times last year but still only ended up with six points in 34 games and is only 20. The Sharks are going to need one of or both Donskoi and Meier to really explode onto the scene, otherwise they are woefully short of secondary scoring. And that’s if you accept that Pavelski and Thornton can both top 70+ points again, which you shouldn’t just automatically stamp.

Outlook: The Sharks look a little in-deep here. Unless Mike Smith completely falls on his face in Calgary, other then when he’s trying to draw a penalty 12 times a game that is, they look to be behind the Oilers and Flames and Ducks. The defense is old, though still good, but any injury there and there are going to be problems. Their goaltending is adequate but not much more, at least until proven otherwise. And they just don’t have the weapons they used to, especially as a power play that used to be self-aware went into the trash last season. And now it won’t have Marleau, who could at least bury the chances you got him. Looks like they’ll be scrapping with the rabble for a wild card spot, and you could see them missing out. Either way, this team’s window looks pretty damn closed, and if they get off to a bad start Doug Wilson really shouldn’t hesitate to pull the trigger on a full rebuild.  Couture and Pavelski are on reasonable deals that have another year to run after this, so at the deadline is when their value should be its highest. You can probably convince some yutz in a GM chair that Ward is a playoff grinder. Martin could still fetch you something.

But I won’t hold my breath.