Your Awards At The Quarter Mark 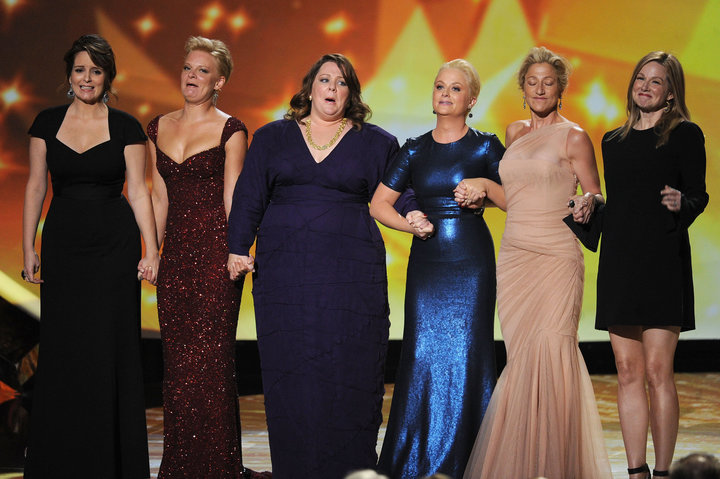 Something I like to do at the landmarks of every season. Most of these are the players that should win certain awards on analytic bases. But they probably won’t. And remember, the “quarter-pole” is when there’s a quarter of the race or season left, and you’ll hear plenty make this mistake. Including Pat Foley on Sunday night, which should never happen considering who is broadcast partner is. Anyway…

The problem with MVP debates in every sport in this country is that they split between “Player Of The Year” candidates, which is what the award should be, and some nebulous, indefinable “What This Player Means To His Team” connotation. And no one is going to hear the other side, and I’m one of them. As it seems to me, “most valuable” means “has the most value,” it’s simple. And you’ll never be able to define what would happen if you remove a player from a team without any doubt. Call me a lunatic, but removing the best player from any team is probably going to irreparably damage it.

Anyway, Connor McDavid is the best player in the league. So you don’t have to overthink it. Yes, a section of Avalanche fans (ones with names like “Anthrax”) are going to come running with weaponry in hand about Mikko Rantanen and Nathan MacKinnon, who should have won it last year. They have each other and Gabriel ThreeYaksAndADog. McDavid has been playing with Nugent-Hopkins and a various sculptures made of boogers.

You could also give this to Patrice Bergeron, and it will be the only time you can as he’s going to miss the next month. The Bruins have half of a roster and are still near the top of the Atlantic because Bergeron has kept their one line humming. See what happens to Brad Marchand now.

Ah, here’s where the fun begins. Normally, the Selke goes to whatever forward scores a lot and everyone knows wins a lot of draws, or it just goes to Patrice Bergeron. And Bergeron is never a wrong choice, but we can do better this year. If you’re looking for best defensive forward, then you want someone who keeps attempts down, keeps chances down, keeps scoring down. And Marchessault, and his linemates William Karlsson and Reilly Smith, are doing that better than anyone right now.

Marchessault leads all forwards in Corsi-against per 60, shots-against per 60, and expected goals-against per 60. Karlsson and Smith aren’t far behind him, so you can claim that’s all the line’s work. But any defensive forward is going to be hard to separate from the rest of his line. Marchessault is starting 51% of his shifts in the offensive zone, which is one of the lower marks in the league among forwards who have amassed 300 minutes of even-strength time. Anze Kopitar actually starts the least amount of shifts in the offensive zone, and his metrics aren’t that far behind Marchessault’s, so if you want to make a case for him I’d listen. Actually, I won’t, because Kings fans have spent so much time spilling out their bladders about how they get no award attention that they should all be punted into the ocean.

This award never goes to a winger though, otherwise Marian Hossa would have at least one. But if hockey voting is going to catch up to the rest of the world, it should. Marchessault is your clubhouse leader.

Yeah, that’s fucking right. I’m gonna hand this to a guy with just eight points. Because I’m fucking crazy. TALK TO ME WHN YOU’RE ON MY BLOCK.

The Norris suffers from a lack of definition as well. It almost always goes to the blue-liner who scores the most. And then there’s a nutcase faction that wants it to be the Rod Langway Award (James Mirtle’s term), which means figuring out who the best defensive defenseman is. And we can do that, but stick with me.

So you basically have to synthesize the two. A d-man’s job is over all 200 feet of the ice these days, so they have to be able to do both. And Faulk is doing it better than anyone.

Faulk has the league’s best Corsi-percentage and expected-goals percentage. He has the lowest Corsi, shots, and expected goals against per 60. While he plays on a possession monster of a team, he’s still well above the team-rate in all of this.

The knock is going to be the eight points. Fine. Faulk is shooting 1.7%, and he’s a career 6% shooter. That goals-total is going to shoot up. Faulk’s major problem is that his team is only shooting 6.8% while he’s on the ice, and given the lack of front-line scoring on the Canes, that might not improve that much to vault his assist totals to where anyone will notice him for this award.

But that’s out of Faulk’s hands. The things he can control, he’s dominated. And if we’re forward thinking and living in a world where Jacob deGrom wins a Cy Young with 10 wins and everyone is like, “Well of course he did because he was the best pitcher and the Mets are a Soviet era cartoon,” then we can do better with hockey’s awards.