You Want Original In-Game Experience Ideas? I Got Them Right Here! 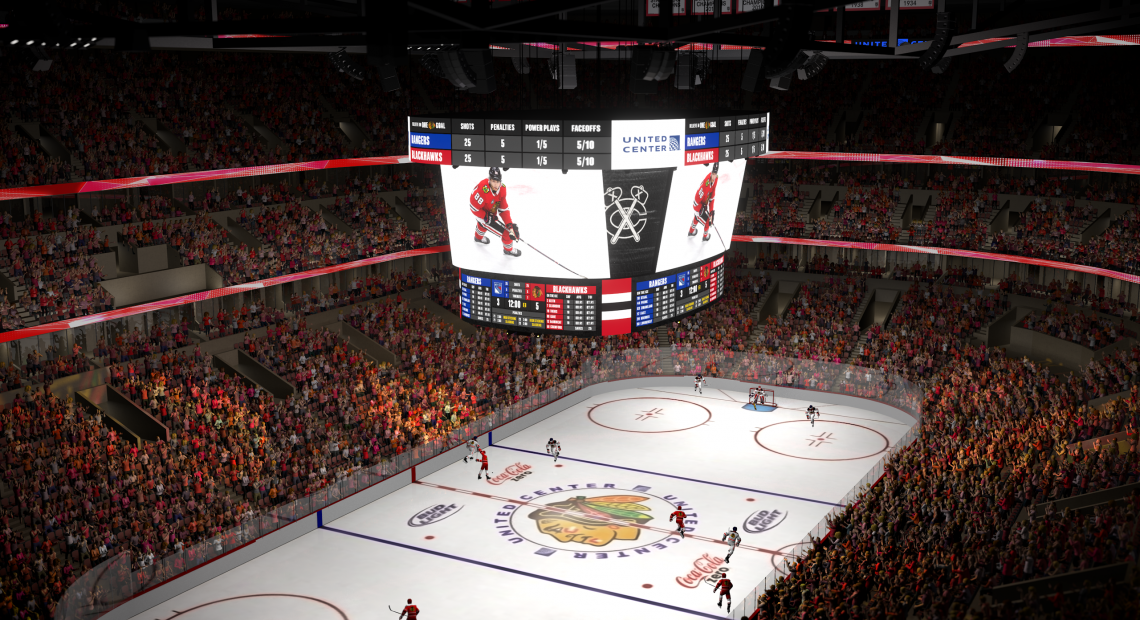 I had a good hearty laugh and mock at John McDonough’s claims that the Hawks were on the cutting edge in-game experience at the United Center. After all, everything about their arena experience is lifted from other places. But they’re hardly alone in that, as you most hockey/basketball arenas look exactly the same, and aside from base coloring in the seats and scoreboards you could virtually switch them all and you wouldn’t know which is which. That doesn’t mean you can’t find ways to tailor what goes on at the United Center in a way you don’t see too many other places.

Now, it would be easy to sit here and just suggest all wrestling themes to eliminate my jealousy of Verizon Center in DC using Becky Lynch’s theme for power plays or Nashville and their constant playing of various ones. But I can do better than that, so let’s try. And full disclosure, none of these are terribly original, but expansions on other places’ ideas or at least something new for Chicago. And none of it will happen.

“Ultras” Section: I spent a good portion of my editorials in the old CI program lamenting that almost all American sports do not sound like soccer, and if you think that doesn’t matter you need to know the unique noise and atmosphere of soccer, even just bleeding through a TV, is what drew us to the sport in the first place.

Nashville somewhat has this with Cellblock 303, and the Canes do with Section 328, though the latter is more of a tailgate thing. The former lead the Bridgestone Arena crowd in all those chants you hear that are variations of “you suck.” Again, it’s not exactly the terraces of Bilbao here, but it’s a start.

You can’t get more generic than the Hawks at the UC, at least after the anthem. It’s either the scoreboard coercing everyone or Tommy Hawk and his tambourine into a “Let’s Go Hawks!” chant. We can do better.

Take one section of the 300 Level, preferably behind the goal the Hawks attack twice. Dedicate it to your biggest fans, a la supporters sections you see in MLS. Charge a certain few with coming up with unique chants and songs tailored to the Hawks and their players specifically. Give them a couple months to get everyone in the arena to learn them and get on board.

Yes, you’ll have a problem with season ticket holders there. Give them the option to stay or move them to better seats. But constant noise and songs throughout a hockey game would be different that most every arena in the league.

Local artists: At this point, if you’ve had season tickets you can recall the UC playlist from heart. The Hawks have come out from intermission to Foo Fighters and “Riding The Storm Out” for all 11 seasons I’ve had seasons. Just put a modicum of effort into this one.

Music during stoppages and TV timeouts should slant, though not be entirely, from local bands and musicians. There should be more Chance, Lala Lala, Vic Mensa, Pelican, Lupe Fiasco…fuck this list could go on forever.

And it’s not just music. Though it might be next to impossible considering any available wallspace in the concourses is gobbled up by ads, you could probably make space for local painters and sculptors pretty easily. Just a few on the 100 and 300 Levels. Make it a Chicago experience, not one you can just drop in anywhere around the country.

Have a sense of humor: Look, I love that Denver plays the Mario Bros. power up sound when a penalty to the Avs is over. Stuff like that really plays. Right now you the most amount of personality the UC shows is a look-a-like thing with the crowd during a TV timeout. Or “Oblivious Cam” which is really stretching. Also the Kiss Cam is played out and we’ve seen that old couple make out enough. Try something else. Play Mutombo waving his finger after a great save (or Jordan waving his finger at Mutomob0). Flash “HEAVY METAL” after a post-shot. Give me the EA Sports checking sound after a big hit. Something quick, something memorable. Hell, I could have a list of 50 of these if they asked. Also the power play dance is evil because you took it from St. Louis and is pretty funny when the Hawks power play sucks, which it usually has over the past decade. When it’s a particular dead spot, have fun with that.

Red Lights In The Partitions: This is the land of the exploding scoreboard, after all. Everything should go off when the Hawks score. This is lifted from Vancouver, but you know, fuck Vancouver.

Scoreboard Info: I’ll reserve judgement on this one to see what they do with the new one. But it used to be after the first period you couldn’t see who was on the ice for the opposition, replaced by in-game stats for whoever was currently on the ice for the Hawks. With greater space you can probably do both, and hopefully they won’t be afraid to include an analytic tint to it, listing each players attempts and shots for and against while on the ice as well as individually. It wouldn’t be that hard to do, honestly.

This is all off the top of my head. Feel free to tweet us your suggestions, and we’ll round up some of the best ideas next week.