You Share The Same Fate As The People You Hate – ’18-’19 Team Previews: Detroit Red Wings 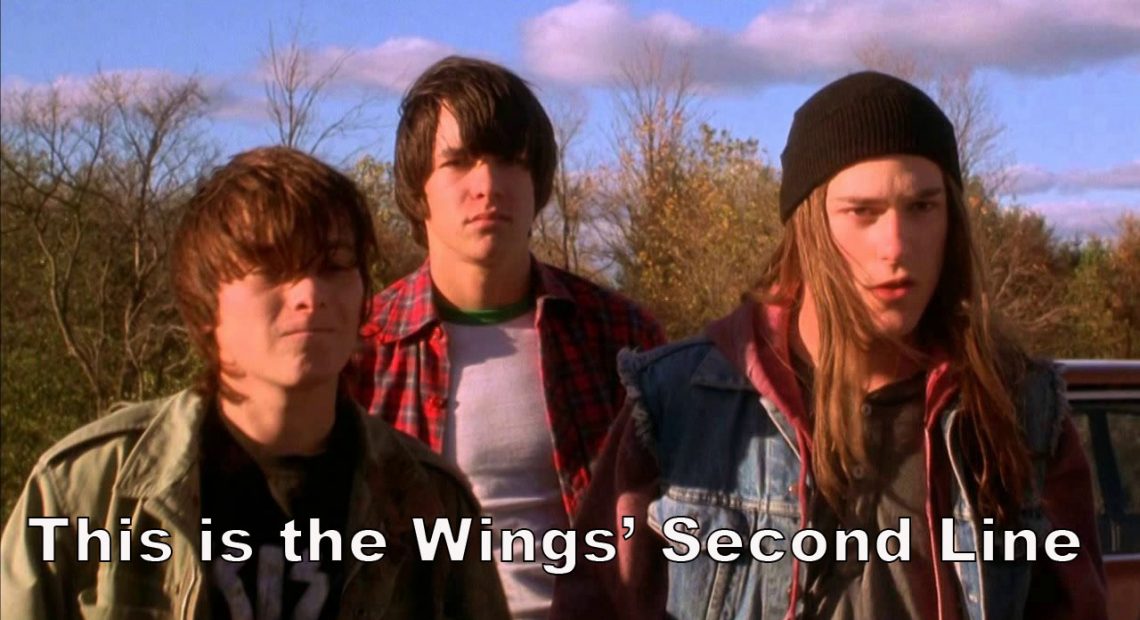 This isn’t even fun anymore.

Ever since I was a child, I longed for the day when the Detroit Red Wings would be a flaming shit heap sliding into that river that is also a flaming shit heap and could leave us the hell alone forever. It took close to 20 goddamn years, and for them to flee to the inferior conference at the time so they could hold onto their precious, meaningless playoff streak for two more years like some nine-year-old who still has a fucking binky, but it happened. Ever since their move to the Eastern Conference so their eight fans who actually live in Detroit and not here wouldn’t have to stay up past lights out at West Shoreline, they have been irrelevant. Their GM has been shown to be perhaps the luckiest fraud on the face of the Earth. No one wants to go to their shiny new arena that their supposed “hero” bilked them out of hundreds of millions of dollars they didn’t have to build and then not go to. They’re actively awful, and everyone knows it. They’ve become what they derided us for being for so long. The rebuild will go forever because they’ll never fire Ken Holland and he just keeps smiling that diluted, in-0ver-his-head grin at the press and everyone assumes everything is fine. It’s not. This team sucks and will for a very long time.

But now…we’ve all moved on. With Henrik Zetterberg likely to never play again, this might be the worst team in the league. They could seriously give the Senators a run for their money. Good God, Thomas Vanek is going to be on the top line, and Thomas Vanek stopped being able to move three years ago. They might get the #1 pick…no, scratch that, the NHL WILL rig it to give them the #1 pick to gift wrap them Jack Hughes because Bettman still thinks he needs the Red Wings for the league to be successful. And then Holland will trade it for the negotiating rights to Max Pacioretty two weeks before he hits the market. This is beyond taking candy from a baby. This is beating your toddler at Madden 142-0 and then punting him out the window without feeling one way or the other about it.

Let’s go through this and see if we still feel.

Goalies: Somehow, Jimmy Howard is still here, despite being in trade rumors since he was in the 3rd grade (the height of his education, like 75% of the players in the league). This is also the last year of that contract that made no sense, but don’t you worry, Ol’ Six-Gun Holland will extend him for $7 million a year until 2048 if he has a good October. Just you fucking watch. Howard was pretty putrid last year, only putting up a .910 and a .916 at evens, but he was playing behind nothing. Or at least that’s what you’d think except the Wings were middle of the pack when it came to attempts and chances against. Jimmy Howard is just there. He’s a billboard on the expressway. You use him to identify where you are as long as you’re going somewhere else hurriedly. Like that Magikist one by the Fullerton entrance on the Kennedy for decades.

Anyway, he’s going to be backed up by Jonathan Bernier, whom Holland signed for three years for some reason. Perhaps he sees him taking the starting role when Howard’s deal is up next year and can serve out the remaining years of this rebuild that’s only working in Holland’s head. I have no idea. But you don’t sign Jonathan Bernier for more than one year. It’s the “Mr. Pussy”  corollary from season 1 of Sex And The City. You don’t date Mr. Pussy. You take him for as long as you need service and then you release him back into the world. Fuck, why do I even know this? This is Jamie Benn‘s favorite reference we’ve ever made.

Defense: Jesus H. Christ, do not look too closely at this half-assed Boccioni of death. This team is still trying to make Danny DeKeyser happen. IT’S NOT GOING TO HAPPEN. They re-signed Mike Green out of pity, I guess. Niklas Kronwall is here to tell you about the onion on his belt. Trevor Daley. My lord people, Trevor Daly in the top four, possibly top pairing. Trevor Daley only exists for people who huff paint to yell at Mark Lazerus. What is this? I don’t even know what this is supposed to be. They don’t have one fucking kid who can crack this lineup? Oh right, there’s a Chelios descendant here who I assume they signed before he went to jail for beating up some college kid in a bar fight he most definitely started because the kid was reading at the bar. This is some rebuild, Ken.

Forwards: More public transit puke. Dylan Larkin slides up to take the #1 center role. Hey did you know he’s from the area and went to Michigan? I bet you didn’t because it’s not like they tell you that every eight seconds!  He’s a child of Datsyuk! He probably hates gay people too! Gustav Nyquist is riding shotgun to score 20-25 goals that absolutely could not matter less. They shipped off Tomas Tatar but I’m assuming he’s still somehow here because we had to hear about how he’d revolutionize the sport for 12 years in the minors before he came up to the Wings to do a whole lot of not much. Hey, same for Tomas Jurco, come to think of it! There’s still a fucking Bertuzzi here. They’ve already drafted his sperm sample. I guess I’m supposed to think Anthony Mantha is a thing, I don’t. Andreas Athanasiou (I can’t wait another day….), or Andreas Anathasiou because I assure you it doesn’t make a difference, moves to center after the Wings tried to fuck him over with his contract last year. He’s really fast…and that’s it. Someone should have told them they didn’t need another Darren Helm because the old one is still here (now with detachable hips!). Evgeny Svechnikov is going to be on the top line by Halloween, and if he isn’t it’s only because the Wings are still trying to make everyone think they “overcook” their prospects when in fact all their prospects just sucked. Seriously, there are maybe two 20-goal scorers here. This team might not score 200 goals this year.

Outlook: Horrid. Their only hope is that they’re so terrible they finally fire Holland and find a GM worth a shit, except no NHL team ever does that they just hire some red-faced jackwagon who picked his head up off the hotel bar at the Stanley Cup Final long enough to say yes. They’ll make big noise about luring Yzerman back home, he’ll take one look at that roster and pipeline and laugh so hard he’ll tear an abductor. They should make Holland and Ottawa’s Dorion slug it out for Hughes. Or better yet, rig the pick to the Hawks after McDonough threatens Bettman with something. This team is going to suck out loud, to the point where you won’t even enjoy it. Even hearing their name will cause a giant, “UGGGHHH!” Wait for the excuses to why their arena dedicated to pizza that tastes like despair is 1/4 full for both the Pistons and Wings.

Khalil Mack is going to Scorpion overrated fraud Matthew Stafford and then chuck his giant moon-face into Comerica Park between the two broadcasters who are so miserable watching the Tigers they’re fighting each other. How Detroit is that?