You Get What Anyone Gets: Saying Goodbye To The Pittsburgh Penguins 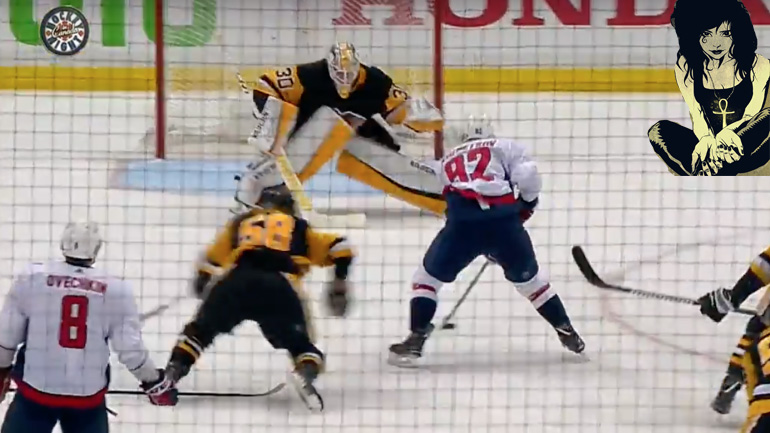 …or whatever this Pittsburgh Penguins thing was the past three seasons.

I don’t know what the final epitaph for this era of Penguins hockey should or will read. When you repeat as Cup champs you automatically walk amongst the giants of the past. It’s only been done nine times, to repeat as champs, since the ’67 expansion. And only the Penguins themselves and the Red Wings had done it in the past 30 years. So your favorite Roethlisberger-defender in your office decked out in his James Harrison jersey in July (they’ll still wear it, don’t let them fool you) is going to point to that no matter what you say.

And yet the entire time you couldn’t help but ask yourself…was this Penguins team that good?

While Florida is mostly to blame, the Penguins have their hand in this Vegas nonsense as well. Though really, it’s the fault of the rest of the league being categorically stupid. Because if two standard-thinkers like George “Right Cross” McPhee and Gerard “Shawn Burr Had More Skill Than I Did” Gallant could see the Penguins merely getting up the ice as fast as possible to get away from shot-blockers and think, “Hey we can do that and most of this league will be too stupid/drunk when we play them to do anything about it!,” why didn’t everyone else?

Perhaps mostly it’s just an indictment on Dan Bylsma, who had the same talent and just kept balloon-handing his way into first and second round exits. When you have two of the best five centers in the league, the 2nd round is basically your floor.

Either way, the Penguins were able to catch the rest of the league flat-footed when the cap flattened out, and merely played with a “Get The Fuck Up There” mentality that worked against teams that were still focused on getting defensemen who farted a lot. Seriously, they saw Roman Polak in a Final. On a team that TRADED for Roman Polak. I guess it’s something when you can look at your limited team, see a more limited league, and think, “Play faster?” And it works.

It was always a delicate balance. At some point a team was going to get a good goalie performance against them and Matt Murray wasn’t going to be able to channel the lovechild of Achilles and Aragorn. Especially when you go charging up the ice with Olli Maatta’s vacant gape out there. Hey Justin Schultz, you know your partner blows, right? Might want to dial it in a touch. And while you’re at it, get Letang a map.

But it seemed to be that way all series. Penguins fans will tell you Kris Letang is one of the best in the league, and one of these days he just might play like it! And no, trying to disembowel various Flyers, as enjoyable as that might be, doesn’t count. I look forward next year to the continuation of the competition between Phil Kessel and PK Subban as to who can swell more while still being productive. We’re about two years away from Kessel reenacting the post-credits scene to Dodgeball. “Fatty Made A Funny!” And he’ll still pour in 25 goals. Let’s just start calling him “Bartolo” now.

This is probably better than the Pens deserved, after all. They reacted to their consecutive Cups built on speed and more speed by trading a first round pick for Purina Factory resident/superintendent Ryan Reaves. Whom they discarded months later. Jim Rutherford has two rings. The NHL is just one accident after another. It’s like if you made a sports league out of that ball hitting Canseco in the head and going for a homer 10 times a night for eight months.

That’s the takeaway from these Pens teams, basically and indictment of the league. When people ask you about them years from now your reaction is basically going to be, “They were fine, I think?” They’re hockey’s answer to the San Francisco Giants. Multiple championship won by a team mostly made up of “guys” thanks to a league/playoff system that spits out silly results as a function. They were there, they stood upright long enough for everyone else to fall down around them, and then they’re the only ones left to hand a trophy to. Except in the NHL, pretty much everyone is Mike Matheny.

Much like other teams that reigned for a while, the Pens will be brought down by teams doing what they did. The architecture of your destruction is always within the architecture of your success. More and more teams, you hope, are going to play faster and in space and try and get thing done before a team can set up defensively. And attacking Maatta, Schultz, Oleksiak, and Ruhwedel with speed more consistently is going to lead to a lot of Iron City being spilled and thrown. Which is exactly what you should do with that swill. Though in all honesty, it’s no worse or better than Yeungling which we all spent our 20s spraying our shorts over and then you grow up and realize it’s not even Coors Banquet.

I suppose we should thank the Penguins. It’ll be a more entertaining league as more teams take their cues from them. But fuck that. 1992 scars still haven’t healed, and Lemieux is a fuckstick. No woman will ever mean as much to me as the night Darius Kasparitis punched him in the face.

So take your baubles and go, Pens.