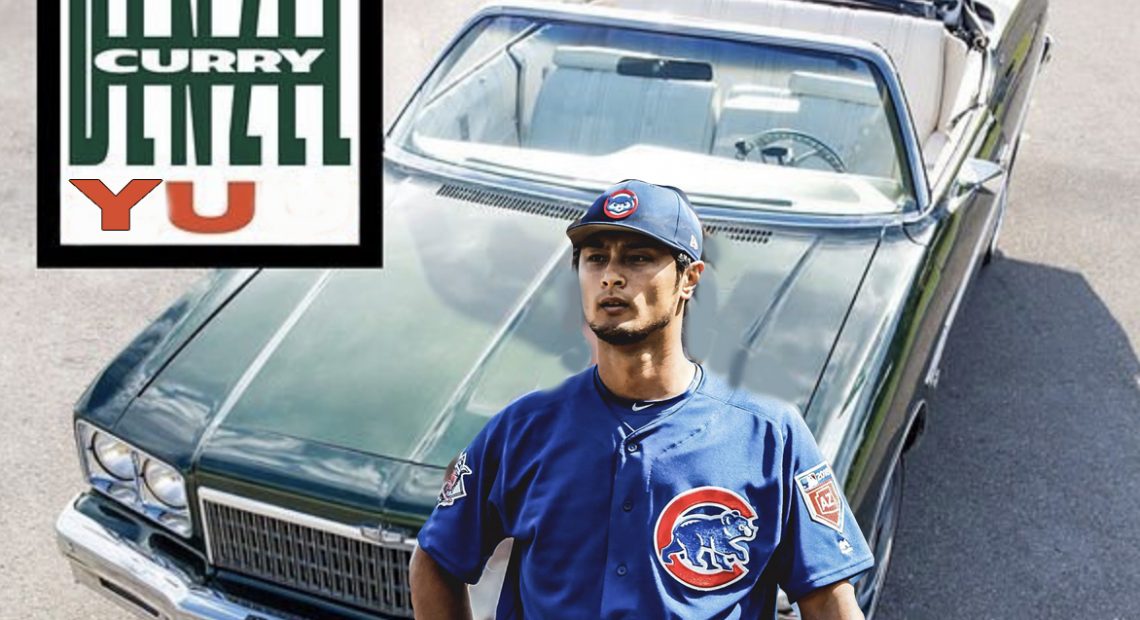 Funny that this one comes a day after Steven Souza Jr. As at this time last year, Yu Darvish was viewed kind of in the same light, except with a much heavier contract and much more pressure. He was injured, and we didn’t know if he would even be upright much less effective. First he was upright. Then he was very effective. And now it’s a given he will be again. Do we know that? We don’t know anything. We’ve spent twelve years proving that.

Overall, the numbers don’t actually look that great for Darvish for 2019. They’re certainly good, but what has everyone excited and confident is the second half, where Darvish ran a 17-to-1 K/BB ratio, held hitters to a .254 wOBA, and ran an ERA and FIP under 3.00. Now, the 17-to-1 ratio is a completely bonkers number that would be asinine to think he could approach again. But he doesn’t have to be really good. The home run ball was still a problem for Darvish even in the second half, but that seems to be a weird spike more than anything else and should come down just because.

YES! YES! YES!: Trying to track what Darvish needs to do this year by looking at what changed for him halfway through last year can be a hilarious experience, because the dude throws like eight pitches. Which seemed to get him in trouble in the first half of last year, when he would Javy Vasquez his way through ABs and innings by having to show his entire arsenal within them. Even if he couldn’t control half or more of it.

Darvish leaned on his cutter and sinker more than his fastball when things took off, though this spring he has been going back to his four-seam which has touched 98. That seems unsustainable as Yu has never averaged more than 95 on it, but he is always tinkering to get more spin or movement and we all know the magical powers of PITCH LAB 2021 so maybe he’s found something. On any given day Darvish could have a different three pitches working than the last one, so it’s probably not even worth worrying about.

The only thing Darvish really needs to be the Cubs best pitcher is control. His first year here saw him walk nearly five hitters per nine. His first half last year was more of the same. When he stopped doing that, he was dominant. Some of that with Yu is confidence, as you can tell when he’s afraid to come into the zone or induce contact. And he still would rather strike everyone out than get grounders, so he might need to accentuate that a little more this year. But still, overall his K numbers and walk numbers were in line with what he did in his career, so it’s probably ok to expect what the Cubs got as the whole of 2019 than the last couple months of the season.

YOU’RE A B+ PLAYER: Well, the inverse of above, where Darvish can’t find the plate consistently with the fastball, or cutter, or sinker, or whatever else he might offer in the fastball category. Then he gets timid, and starts nibbling with sliders/cutters/splitters/whateverthefuckers, and the walks go up. And then a tendency to go up in the zone continues his home run problems of last year. And that’s been a trend that has risen every year for the last four, so that might just be part of the package now. But if those homers come after one or two walks, that’s an issue. If it’s the occasional solo shot, you can get around that pretty easily. Perhaps the additional smoke (WE WANT DA SMOKE) on his four-seam will allow him to pitch high in the zone with less battered baseballs heading up and over everyone’s head, but if that velocity doesn’t stick around we could be in for another homer-fest.

Additionally, health is always a concern. Yu still missed three quarters of a season recently, and missed a couple starts last year, and has only topped 200 innings twice in seven years. Starters going 200 IP is becoming less and less of a thing, and perhaps with Mills and one or two others lying around the Cubs are more buttressed for not having any starters who are going to go that far. But you also wouldn’t want to be tossing Alec Mills or James Norwood or some other jamoke for starts more than you absolutely had to.

Dragon Or Fickle?: Darvish is something of the de facto ace on this team, though really it has two high-end #2s in Yu and Hendricks and then two low-end #4s in Lester and Quintana (though Q has the potential to be more). Again, the unholy strikeout monster of last year’s second half is not what you’re going to get. But Darvish did have something click where the walks went away, and that feels like it’s more permanent. If he gets a little contact-luck he could flirt with an All-Star appearance, and “solid” feels like the absolute floor of what the Cubs will get this summer. If everything goes right, down-ballot Cy consideration is within range. The guess here is he’s just short of that, but everyone will be more than happy with what they get.