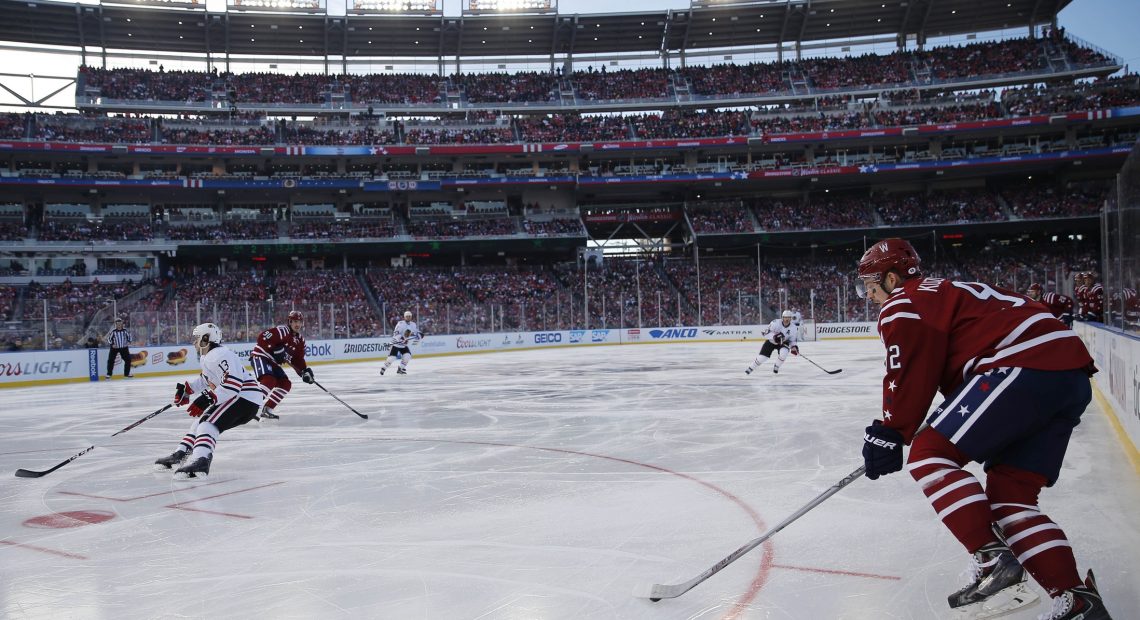 With the lack of snow or other wintery conditions, the game didn’t have the look the NHL probably wanted but we probably haven’t seen an outdoor game with a better quality of a game. Even in the warmer than usual temperatures (when I was in DC over the holidays I was walking around in just a hoodie) the ice seemed to be better than we’re used to seeing in outdoor games… and the broadcast crew used every opportunity to tell us how big their boners were for it.

This game was one of pretty heavy pendulum swings. The Hawks came out slow in the start of the game before turning it on in the second. It helps when the Capitals wanted to spend every minute they could in the penalty box. The third ended up going back the Capitals way. Even before the goal to end it, the Caps were outshooting the Hawks and getting the better looks. Penalties are certainly a part of it both ways but overall things were pretty even and both teams ended up tied in shots.

Lets get to it