Whit Merrifield Isn’t That Great Of An Answer, Certainly Not At That Price, Shut Up 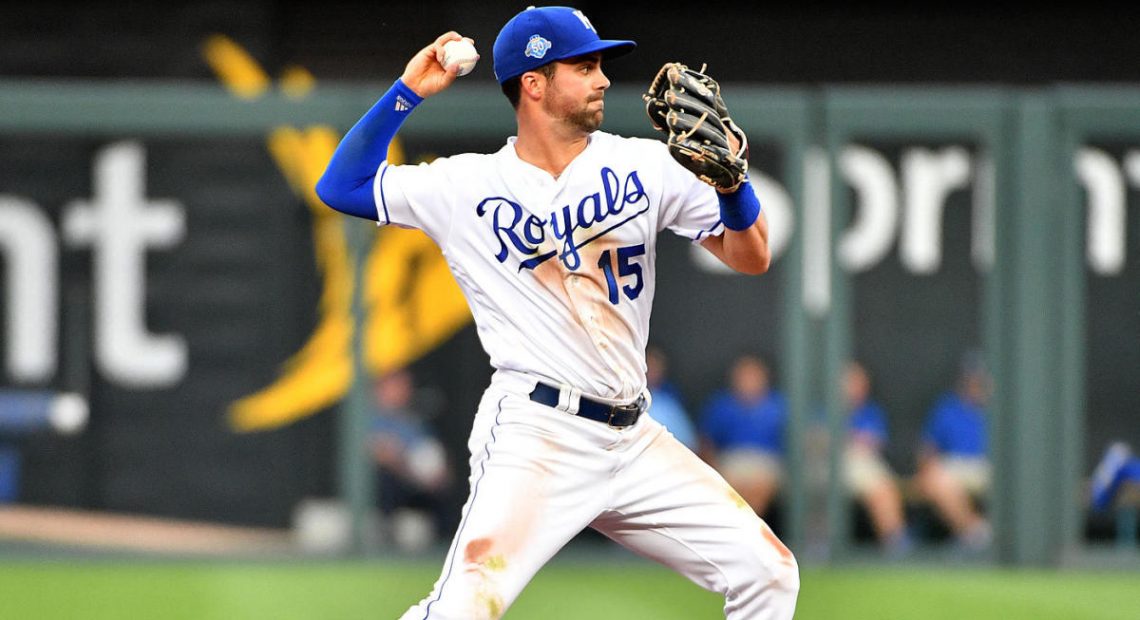 Cubs fans, and perhaps only Cubs fans, could be caught in the middle of their analytic leanings, fan passions, an unwillingness to hold ownership responsible for being pricks (who just sold their main company for $26 billion I might add) and a desire to win now. But that’s where we’re at. So you can have a section of fans thinking it’s ok to trade Kris Bryant to restock the prospect pipeline even though you’re in the middle of your championship window, and those who would toss overboard up to three prospects for Whit Merrifield.

To quote a great philosopher of our time, Bubbles, “No offense, son, but that’s some weak-ass thinkin’. You equivocatin’ like a motherfucker.’

Here’s the thing. Whit Merrifield isn’t that good. He’s good, but he’s not a top tier player, like some think and the Royals are definitely charging prices equal to that. Perhaps greater Cubdom is still scarred from Jim Hendry dry-humping Brian Roberts for so long that everyone ended with up with a rash and blisters that everyone thinks the Cubs need to have that type of player.

Perhaps most think Merrifield is the player from 2o18, when he was worth nearly 6.0-WAR, stole 45 bases, made a ton of contact, yada yada yada. But he’s only been that player once, and that season looks to be the outlier. His other two seasons have seen him be a solid 2.5-3.0 WAR player, which is certainly worth having but not at the price of three pieces in return, the Royals reported asking price.

Within that, Merrifield gets on base at a decent but hardly eye-shattering rate, though he does hit enough line-drives to make you think it could improve. Additionally, his speed seemed to slip last year as he only piled up 20 stolen bases after his 45 the previous year.

To keep going, Merrifield’s defense took a sharp turn toward the Earth last year, especially in center, and he’s only been a nominally ok second baseman.

So let me ask you, what chance do any of these have of improving now that he’s over 30?

The discussion of a trade always centers around Nico Hoerner, probably because Hoerner is supposed to be at least the diet, younger version of Merrifield at worst. I guess you could see turning in the possibility for the real thing, but at some point the Cubs have to produce their own and Hoerner looked as sure a bet as any in his cameo last year.

The appeal of Merrifield is that he has a very team-friendly deal, with three years left at barely above what David Bote makes. You know who’s even cheaper? Nico Hoerner. And he’s eight years younger, I feel like I have to stress again.

Oh, and he doesn’t pitch.

I suppose you could accuse me of shouting at the rain that we’re not holding the Ricketts family feet to the fire enough, because they’ve made it clear what the Cubs will spend and we should just accept the world we’re in and what the Cubs can do in it. I won’t accept that, while allowing that’s how the Cubs will operate. Still, this doesn’t add up, unless the Cubs know of some flaw that Hoerner has that will keep him from even being anything resembling Merrifield.

I still maintain that the Cubs could roll with Happ in center to start, leaving him alone to play there every day, and Bote filling in at second until Hoerner is ready, while rotating Bryant (if he’s still here and I haven’t defenestrated myself over it) to the outfield occasionally and Heyward into center for other options in the infield. Do that to concentrate resources to the one starter and bullpen arm or two the Cubs need, and I can almost guarantee they would be approaching 95 wins again.

Merrifield would be a fine addition for a certain price, and maybe Hoerner for him straight up is something I could probably convince myself of, given the Cubs clock. But to add two more to that when you might need deadline additions as well? That’s a bridge too far.