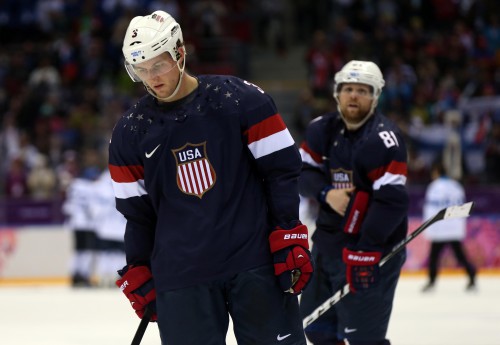 The U.S. landed with a Fudd-like thud in the Bronze Medal game, getting stonewalled by Tuukka Rask for two periods before coming apart at the seams in the 3rd to leave an ugly looking scoreline of 5-0. I don’t think it was a 5-0 game, and I don’t think the Finns are five goals better than the Yanks. But that’s what the final tally says for today, and the US heads home with no answers, no medals, and no good feelings.

-The talk after this I’m sure will center on the state of US hockey, but that would be utterly pointless. A tournament like this is goofy, and we know that one game is hardly a sample size to determine where you sit on the world stage. A couple of bounces and this tournament could have ended any number of ways. If that Russian goal counted perhaps the US gets bounced by Finland in the quarters. Or maybe when they care they beat Finland and play Sweden (and probably get stomped, but you see where I’m going). If they’d beaten Russia in regulation and grab the #1 seed maybe they’re playing tomorrow. One bad call or deflected puck and they could have undeservedly gotten to OT against Canada where pretty much anything could have happened.

There are other things to judge USA hockey on. Two World Junior golds in four years is probably a better way. The amount of players in the NHL and the quality of the college game is another. USA hockey is fine, this tournament just went a bit sideways. And actually, it’s the best the US has done outside North America since 1992, another time when they were outclassed in the semifinal and just didn’t show up in the Bronze Medal game. So this is where the US has been.

-That said, and I wasn’t paying too much attention to the coverage last weekend when out of town, but whatever excitement was generated by this team was falsely drawn from a shootout with drama and playing some pretty crap teams. Did no one ask why the US didn’t shred Russia? Because they probably should have. They certainly shouldn’t have been in OT with a team with that terrible of a blue line. A blowout of Slovakia probably fluttered some hearts, but Slovakia went on to prove to be utter garbage. And they took Russia to a shootout! Scorching Ondrej Pavelec is hardly a feat.

-We’ve already had the debate about the selection process, and I wonder if more scrutiny won’t be in store for Dan Bylsma. If we were a Penguins blog I can’t say we wouldn’t bitch even more about him than we do about Q. It’s been a staple for the Pens the past couple years than when one thing goes wrong, it all goes wrong. Witness their playoff defeats to Philly and Boston last year. That’s certainly what it looked like today. Another staple of the Bylsma Pens the past couple years is defensive looseness. The US certainly had that today and yesterday. The Penguins are running away with the East because the East is basically Zombieland. But anyone want to say for sure that they’re confident the Pens can negotiation the Bruins or even Lightning in a playoff series?

-Further nails in Bylsma’s coffin — Blake Wheeler had five goals and 9 points in his last 10 games with the Jets. He barely saw the ice, while outside of his shootout heroics T.J. Oshie, Dustin Brown and pick one or two others did jack and shit.

-Patrick Kane is going to come in for some treatment I’m sure, but he looked like one of the few Yanks today who gave a shit. Frankly, I’m glad he’ll be coming home pissed off, because we know what that ends up looking like. He just can’t buy one right now, though I’m not sure playing with Peter Regin will help.

-There was some Hawks news today. Michael Kostka was put on waivers. If he’s not picked up he’ll be headed to Rockford, though they already have something of a logjam there. Don’t expect a call-up to replace him, as the Hawks will have an extra forward with the addition of Regin. Who sits between Regin, Handzus, Bickell, or whoever else I have no idea. We just know it won’t be Bollig (whom I bet Stan is dying to punt at the deadline for a 6th).

While there will be rumors up to the deadline on the 5th, the Hawks team looks to be on the floor. 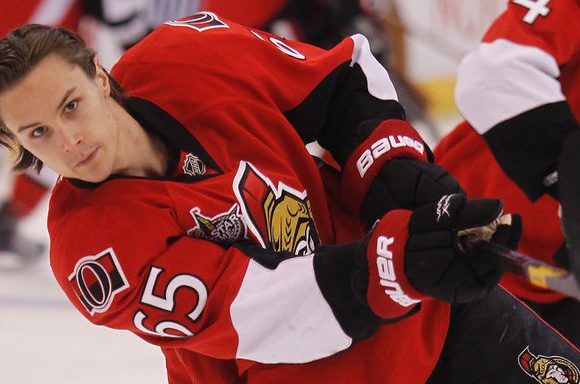 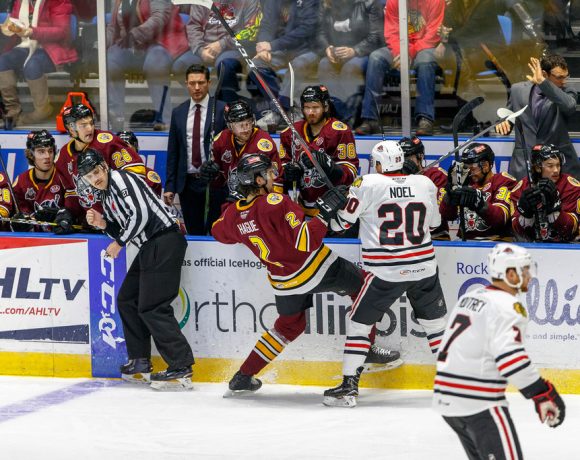 High On The Hog: One Goal, Win Or Lose