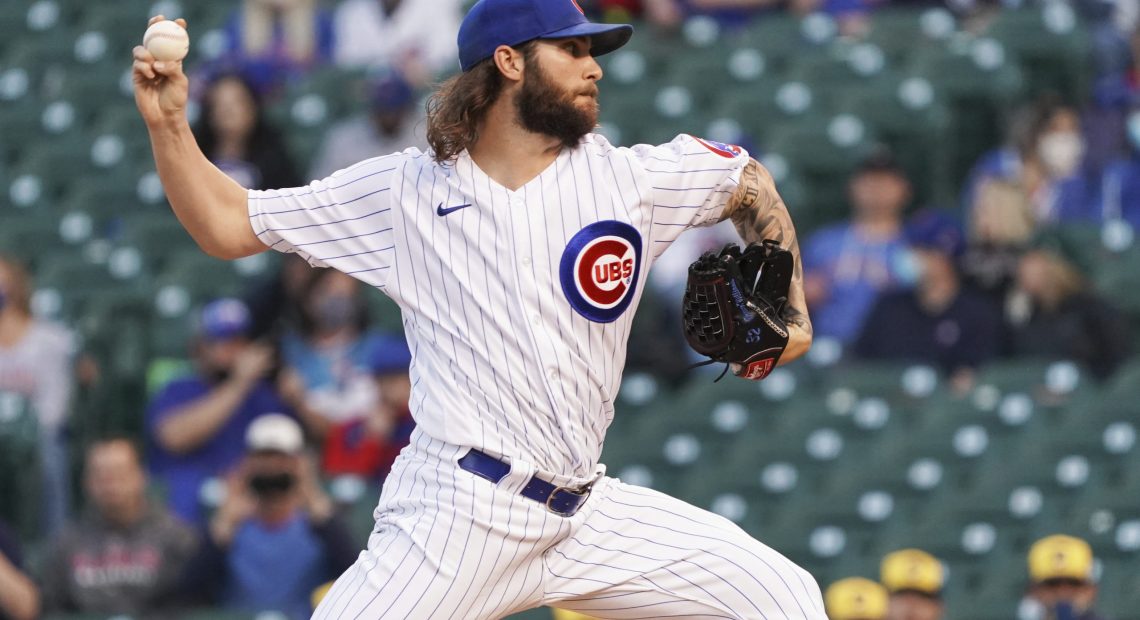 Maybe spring training was giving you at least some sense of optimism about how this year might be different. (Or maybe not, since the front office did things like trading Yu Darvish for nothing in return.) But this series against the Brewers showed us all that these Cubs haven’t really changed at all. The pitching and the bullpen were for the most part fine, but the Cubs’ lack of hitting, especially from their “core” players, was what screwed us over in the most important of times.

The Cubs are now a .500 team, putting us 3rd in the division, which is just about where we deserve to be. We will also be spending 6 of our first 10 starts playing the Pirates, one of the worst teams in the league, so our record may drop even more once we start going up against some better teams. Let’s break down each game, shall we?

The first three and a half innings of this game was a pitching duel. The first baserunner of the game was an Ian Happ walk in the 4th. Next up was Willson Contreras, who knocked home his first hit on the season as a 2-run homer. Javier Baez and David Bote were able to solo homer later in the inning to make it 4-0, and suddenly the pitching duel was knocked wide open; the Cubs had figured out Anderson.

It only took a few innings more for the Brewers to figure out Trevor Williams after he walked or hit three batters in 1.5 innings. Williams was pulled to a standing ovation because a good hometown story where your boomer dad is stoked for you to be starting at Wrigley Field is the Cubbie Way. The fun quickly evaporated, however, as Jason Adam with two first names stepped in and immediately gave up a three-run homer that put the Brewers right back in the middle of this game, which was just grand. The Cubs got out of the shaky bullpen pitching with their on-field defense, somehow getting them out of this rocky inning ahead on the scoreboard.

It was suddenly Eric Sogard’s time to shine in the 7th when he was able to hit a triple and score Jake Marisnick to broaden the Cubs’ lead. If Sogard will continue making positive impacts on the field, I’ll stop making fun of David Bote for getting replaced halfway through every game.

Contreras and Baez both took nasty hit by pitches, which would soon be a pattern in this series. Baez went down because of his knee and Contreras got bonked in the noggin, shaking it off like nothing at all happened. Incredibly impressive. Hopefully Baez isn’t hurt now that he’s finally producing offensively, am I right?

Andrew Chafin was able to strike out his 4 batters in 1.1 innings pitched, and although Alec Mills only had 1 strikeout, the defense behind him was able to close it out and get Trevor Williams the win. This would be the only good game we’d see from the Cubs this series.

This game was another example of how the Cubs have no chance if they can’t hit, because their opponents usually can.  Kris Bryant surprisingly had the only hit in this one, a double in the 4th. The Cubs just couldn’t figure out Brewers pitcher Freddy Peralta, who was throwing breaking pitches up the wazoo that nobody could hit. He ended the game with eight strikeouts.

This was Adbert Alzolay’s debut, who made the rotation cut after only playing in 3 games last season. It did not go well for him, as he had given up 2 home runs in the first 4 innings, giving the Brewers the 4-0 lead that would be the final score at the end of the game.

In the bottom of the 9th, Contreras was hit again on the shoulder and got understandably pretty mad about it. Contreras was hit by pitch something like 6 times in the last 11 games, and after getting hit the day before as well, you can’t blame him for being pissed off. If you’re gonna throw the ball inside at 94 mph, you should probably have enough control of it to not hit the batter, am I right?

We are somehow the 4th highest MLB team in reliever strikeout percentage, but it’s early. However, relievers Winkler, Maples and Tepera had eight strikeouts, one hit and three walks between them all. At least the bullpen had a good game because nobody else did.

This game was a starting pitcher’s duel, with Kyle Hendricks back in the form that we all assumed he would be for Opening Day. Woodruff for the Brewers was also pitching phenomenally, and the game was scoreless through 7 innings with only 5 hits allowed, two of them from Christian Yelich. Overall, Hendricks had 6 strikeouts, four hits and only one walk in his 6 total innings played, giving up 0 runs.

Lorenzo Cain was able to solo homer in the 8th inning after Hendricks was pulled for Alec Mills. Andrew Chafin replaced Mills in the 8th, immediately giving up a single, but was able to strike out the next two batters to keep the score within one. Luckily, in the bottom of the 8th Joc Pederson decided it was a good time to make his first hit as a Cub a home run and was able to tie the game at 1.

This game also had multiple fielding errors, with one of them coming from Baez botching a throw in the 10th inning, the time in which you shouldn’t ever be botching throws. Luckily, the runner, Avisail Garcia, was picked off and caught stealing, so it didn’t turn into an extra run. But this Cubs defense is the one part of the team that needs to be tight always; otherwise, we will definitely fall apart.

Lorenzo Cain decided to be the hero again in the 10th inning as he homered yet again on Brandon Workman to send three runners home, making it 4-1 Brewers. The Cubs actually had somewhat of a two-out rally at the end of the 10th, starting with a full-count outfield single by Jason Heyward. Willson Contreras was made to pinch hit on his day off, and when he was walked by the Brewers he gave the biggest bat flip for a walk I have ever seen. Marisnick pinch hit after him, getting walked also. But with bases loaded, Ian Happ unfortunately couldn’t deliver, as a pop fly to left field was caught easily by Yelich, ending the game.

The Cubs can’t taper out offensively if they want to continue winning games, but they already know that, I already know that, and you already know that. Luckily, the Cubs have another three-game series against the 1-5 Pittsburgh Pirates to hopefully pad their stats and give them some more confidence. Let’s get some runs.