Well, We're Waiting – The Committed Indian.com's Season Preview – The 4th Line (Or What Should Have Been) 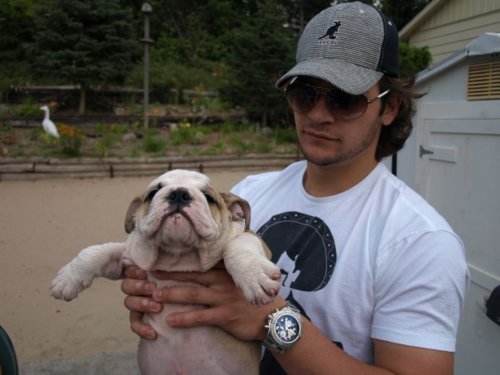 Well, as we know this has gotten all jumbled a bit, but we’re still going to hold strong with what we see the lineup shaking out as. As long as we get to everyone, we should be ok. Anyway, we’ll do this one and then later today the extra/rookie forwards who might pop up during the season. Then off to the defense and goaltending and such. Who’s excited?!

Well, I doubt there’s a player who generates more debate and signifies a wider gap in thinking between some of the readers of this blog than the writers of it. In his brief spasm of appearances between suspensions and injury, it’s hard to argue that Carcillo wasn’t effective. But what was resulting in that? Was it his actual play or that he spent a great deal of time skating with Hossa and Kane? And what about all the crap he either missed or didn’t get suspended for? Because make no mistake Carbomb went out of his way to injure people that didn’t get caught. I remember one specific case in Minnesota where he delayed coming off the bench for a good five seconds so he could try and blindside Pierre-Marc Bouchard (I think). And there were other cases.

For this year, quite frankly I can’t see what Carcillo does that Andrew Shaw doesn’t do as well or better. You want an agitator? Shaw’s got that with slightly less blatant attempts to maim someone when they’re not looking. You need an shit-disturber who can fill in on the top six and provide a forecheck? Shaw does that with his superior skating, and he’s got a better nose for the net. And neither of them really fight anyway, if you think that’s something you need in a truncated season (which you do not, in case you thought that was in any way not rhetorical).

To boot, Carcillo wasn’t the best skater to begin with, and now he’s coming off a shredded knee. I know his teammates and fans love him, but quite frankly I just don’t get it. He’ll play more than I want, he’ll probably do just enough to make meatheads think he’s doing a lot more than he is, and I’ll continue to tear my fictitious hair out.

To me, Jammer represents one of the better examples of total Q mismanagement from last year. It was obvious what Mayers was when he got here, and that’s a reliable 4th liner who’ll win some draws, provide some energy, be good in the room (and board room too!) and that’s about it. But of course, Mayers found himself on the power play when Q ran out of answers, he played center far more often than he should have instead of taking draws from the wing, and then somehow ended up a scratch in the playoffs even though he was supposed to be a “Q guy” (though this one came up trumps when Brendan Morrison actually played well, but he could have taking Bollig’s spot as well).

Anyway, once again Jammer comes back and we know what he can do. Though how long that lasts at his age in this season is anyone’s guess, but he’s known for keeping himself in pretty good shape. He’ll win draws on the 4th line, he’ll hit when he can get there, and he’ll chip in a goal here and there. He shouldn’t be expected to do much more, and if I’m going to draw wild conclusions off of one practice, it looks like Q doesn’t want him playing center any more. Which is just fine.

I think there’s this perception that I hate Andrew Shaw. Based on my comparison of him to Carcillo, that should be clearly proven false. I like Shaw in limited doses. But let’s clear up some myths here. He’s not going to approach the 12 goals again, or at least it’s highly unlikely. That 16.2 SH% is not sustainable. But that doesn’t mean he doesn’t have some uses, or some glaring weaknesses.

He can be an agitator, and that’s not always a bad thing to have. He does forecheck like his hair is on fire, and the Hawks don’t have a lot of that. He can kill some penalties. And he’s got an annoying face, key to any good team.

But he can get awfully stupid. His season in Rockford has been littered by suspensions and moronic, selfish penalties. He can get lost positionally to an exponential degree. He is most certainly not a center, even though Q is going to toss him there. He’s kind of a loose cannon, basically.

If Shaw can stick to getting on the body in the offensive zone, and driving to the net like I do toward a “Free Beer” sign, and occasionally getting opponents off their game, he definitely has a place with the Hawks. No more than a 4th liner right now, but that is still something the Hawks need. However, if he goes off the reservation and commits dumb penalty after dumb penalty, plays his game at the expense of the team’s, and/or falls in love with his offense too much, then the Hawks would be much better off getting the first apple of the fans’ eyes up here, and that’s Ben Smith (when and if he’s healthy). As Smith has been far more effective and disciplined this season with the Hogs, and can give you all the things Shaw can without any of the bullshit. But I won’t hold my breath.