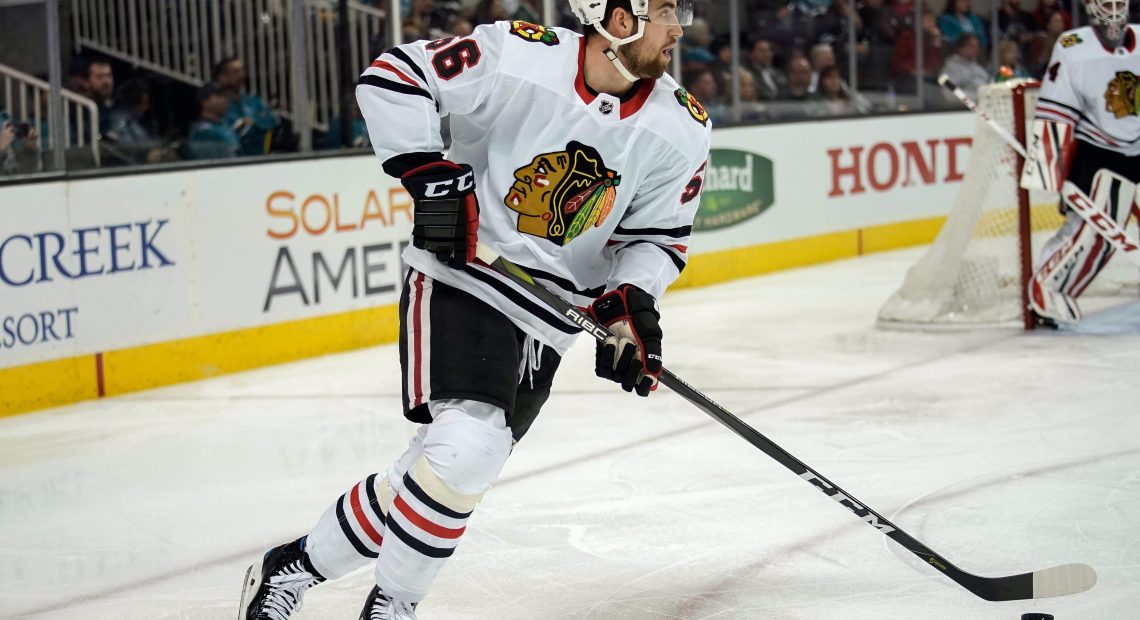 If Erik Gustafsson becomes a solid top four defenseman for a playoff-bound Hawks next year, I expect to be put on the payroll. Because it was I who told you he sucks to high heaven when the Hawks signed him a contract extension for two years we never saw coming. And then after that he was simply everywhere, mostly good and some bad, and then he might actually be something you want to use next year.

I suppose the first thing to look at with Gustafsson is his end-of-the-year pairing with Connor Murphy (UNITY!). They simply put a fist in everyone’s skull for 10-20 games, which isn’t enough to conclude it’s a permanent thing but is enough to investigate next year. They had a 57.3 CF% together, and a 58.0 scoring-chance percentage. They were a little wonky defensively, as was the whole team, in that they gave up more good chances versus the amount of chances, but the puck moved the right way when they were on the ice. And they didn’t need the boost of a lot of good zone starts, as the took less than half in the offensive zone.

And really, Gustafsson’s numbers aren’t worse with Brent Seabrook, though you remember they were a complete disaster in their own end. It didn’t really matter how often they got to the offensive zone if they were guaranteed to give up a goal anytime they were pinned in their own. And it sure felt like that.

Still, after his contract signing, Gustafsson was at least a really fun, third-pairing cowboy. And you might just need a third-pairing cowboy, at least one you can try and shape into something more. The signature was springing himself on a breakaway in that game against the Jets, because only cowboys would ever attempt it. You ever remember Duncan Keith on a breakaway?

Gustafsson didn’t show power play quarterbacking skills though, which the Hawks need. Maybe it’s in there, it’s not like he got a ton of chances, but the Hawks need to find out if he can run a second unit so they don’t have Keith running either and saving his legs. Still, of all the Hawks d-men he showed at least some skill in getting a shot through, and it’s something the Hawks should work on tirelessly in training camp and even the first month or two of next season.

Outlook: It’s going to depend on what the Hawks do via trade and free agency. If you have Gustafsson on the third pairing, that’s a really good place to be. Sadly, the Hawks probably aren’t going to be able to acquire two top-four d-men to get him there, which is what it would take. Which means you might go into next season with Murphy-Gustafsson as your second-pairing and your most obvious puck-moving one. If Gustafsson takes a half-step forward, it could work. He’s got the aggressiveness, the skating ability, and the vision to do it. And Murphy can mostly cover for him in the defensive zone, especially if Crawford is back and healthy. 5-11-16 over 35 games would average out to 11 goals and 37 points over a full season. If Gustafsson can bump that to 45 points, and he could with power play points, you’d take that on your second pairing in a heartbeat.

I’ll be waiting for my check.