The Bears season ended when Jesper Horsted couldn’t find Allen Robinson on a lateral. That’s a sentence I just wrote. And it’s true. And it probably sums up the absurdity of what this Bears season has been. In reality, the Bears were two to three plays short of extending their hopes another week. And that’s been the story all season. For all the misery, confusion, injuries, and whatever else, coming into this one the Bears were two or three throws from being 9-4. With a play or two more and some luck, they could be 10-4 now. However you want to go about it. But this is the NFL, that’s usually the difference for most teams. There are only a couple really good teams and a couple really bad ones. Everyone else just needed a handful of results on plays to go the other way and you’re a playoff team or you’re scouting the Senior Bowl.

It was ever thus.

I’ll clean it up the best I can.

-When you lose by one score, as the Bears have had a habit of doing this year, you can point to a variety of areas or players or decisions as the main reason. I’m looking squarely at the offensive line today. Mitch Trubisky was hurried, hit, or sacked on the first 12 dropbacks he made. David Montgomery was looking at people in his grill every run as soon as getting the ball. The Bears couldn’t do much in the first half simply because they couldn’t block it. But that’s been the story all season.

-Which made this another week that Matt Nagy was too stubborn in sticking to the offense he wishes to run instead of the one he can. We barely saw any of the rollouts, or play-action, or I-formation, or QB runs that were the order of the day against Dallas. The Bears couldn’t create a pocket, and yet Nagy didn’t think of moving it until it was too late. And I’ll argue that Mitch made a lot of plays where he simply had to improvise, which should have been by design. I’m not saying Mitch had a great game, and we’ll get to him in a minute, but once again he wasn’t given much help by his coach.

The process should be starting with what your QB and offense can do and do well and sprinkle in the other stuff you want to do in time. Nagy has spent all season starting with the stuff he wants to do and sprinkling in what his offense can. We thought he had turned a corner. He didn’t.

-We generally have a policy of not complaining about officials at the top of the menu if at all, but the call on Cordarrelle Patterson on the punt turned the whole game. It was a perfect play, it just looked like it wasn’t at first, and the refs went with their gut instead of the rules. Even in our dreamiest visions of the offense, they would need turnovers and short fields and turnovers to boost them. Even if that turnover resulted in a first down or two only and a field goal, and you chalk off the touchdown the Packers got right after, the Bears win. The Bears have only themselves to blame, but they didn’t get much luck either.

-Earlier in the season, I was would make dagger-eyes at the defense when they gave up a game-winning drive when it was in their hands, as they did against Oakland, San Diego, Philadelphia, and Los Angeles, and did their best to do against Denver. Still, they were holding opponents under 20, which is supposed to be enough.

Today, they got it up their ass on two drives on the third quarter, and a good portion of that was just not making tackles. And that isn’t anything other than just not doing it. You have to get guys to the ground and the Bears didn’t. Back that up with only getting to Rodgers a handful to times and sometimes on blitzes, and that’s not good enough. They made enough plays to keep the Bears in it and give themselves a chance, but that’s not enough. Look anywhere you want on the unit, but in this type of game you have to bring it all. They didn’t bring quite enough.

-Right, so Mitch. Hardly perfect, hardly a disaster. Certainly competed. Could have had more interceptions on another day. Was inches from a big play with Miller on the 4th down. Didn’t make the right throws on the other fourth downs. Did make some great plays on the run. If it were earlier in the season you’d say it would be enough to work with going forward. I don’t know what you say now. But…13 points isn’t enough. You have to finish. And he was only a couple plays from finishing enough to win, but that’s what we keep saying.

-So it’ll be another playoff-less year. We’ve seen far worse Bears teams. The expectations are what make this so disappointing. But there’s more than enough to build on with this team for it to contend next year. And maybe you just make the five plays you didn’t this year to get the three to four wins you don’t have now. Football’s weird. It also sucks. 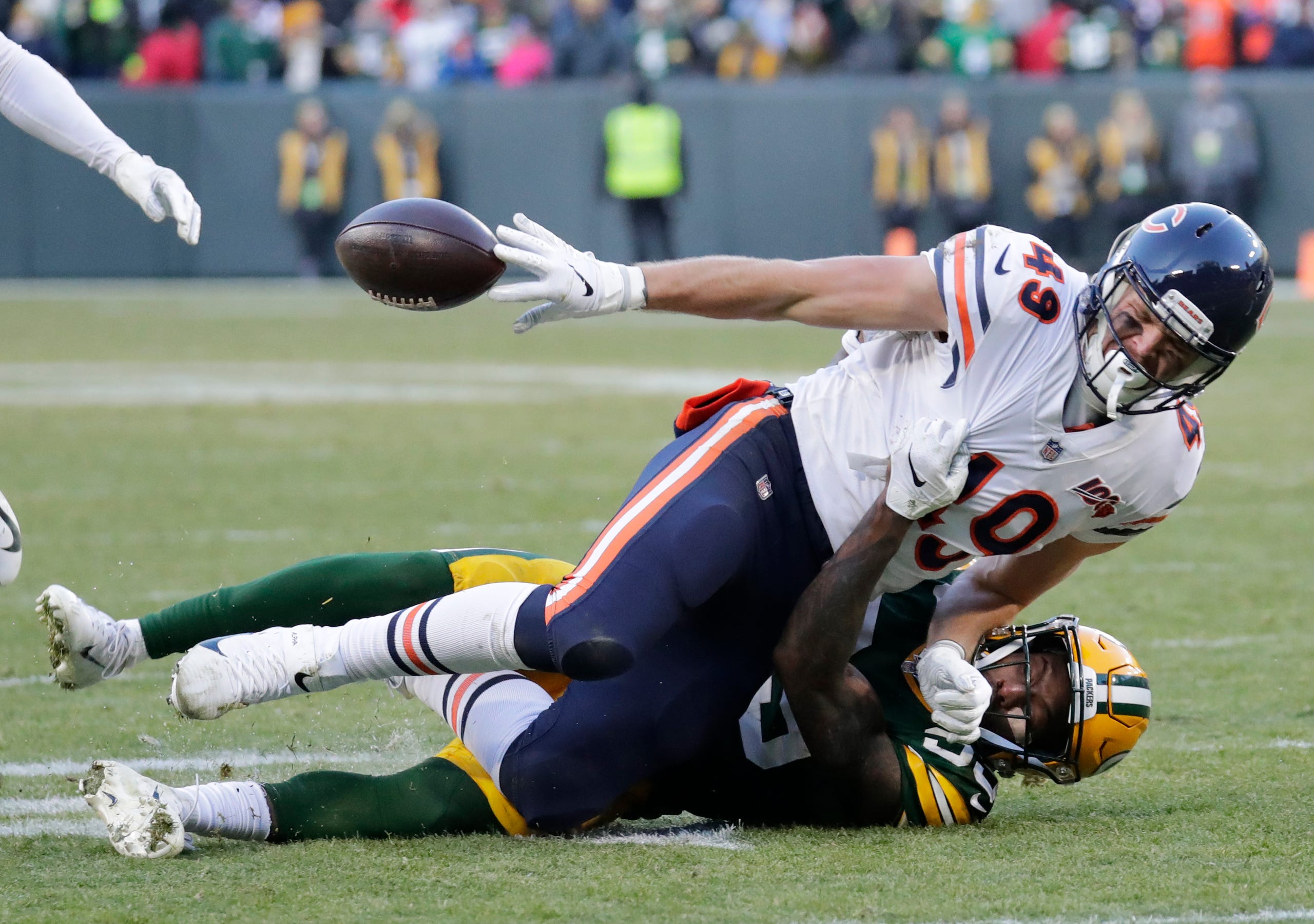