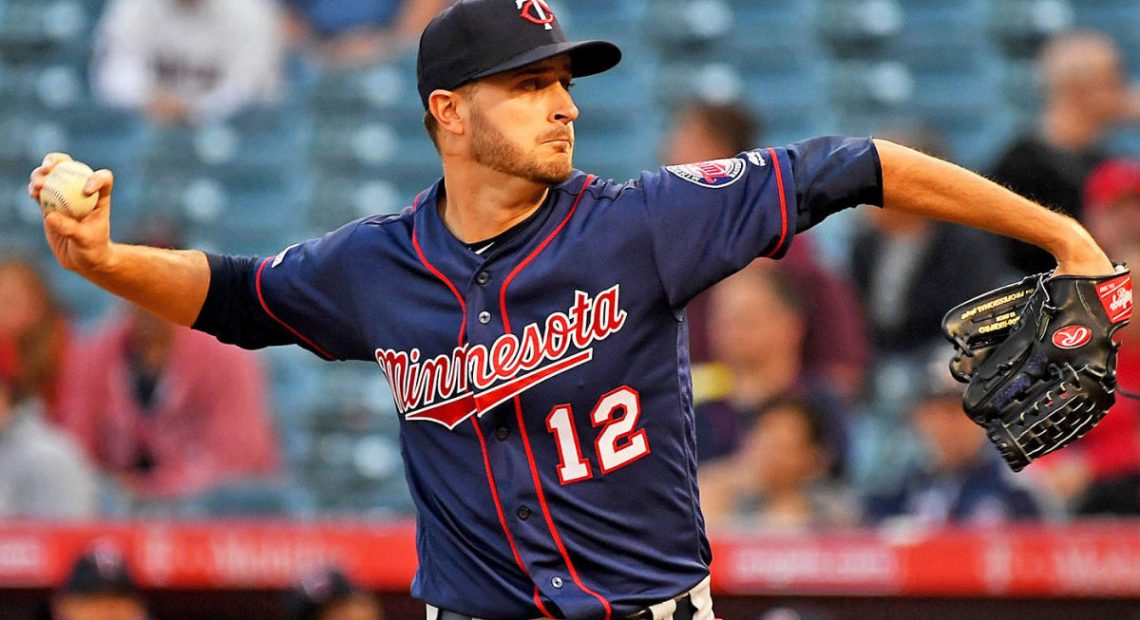 It’s funny, because this is the name that the Sox fans in my life keep saying, “This is what we’re going to end up with instead of Cole or Strasburg.” Jake Odorizzi is seen very much as a consolation prize, or even worse by some. And he’s certainly not going to replace anyone at the top of anyone’s rotation. But he’s also not a bottom-rotation guy either, and wouldn’t you know it that the Cubs seem to have a hole right in between Darvish-Hendricks and then Lester-Q. So this might be a better idea for the Northsiders than the Southsiders. Let’s look.

Why A Spoon, Sire?: Well, there’s always risk in basing too much off a free agent year, which mysteriously seem to bring out career-highs for players in a lot of categories. Funny how that works. Still, Odorizzi is coming off of a season where he struck out more hitters than ever before, and the Cubs are not a high-K staff at the moment. He eclipsed 10 K per nine for the first time, or 27% of the hitters he saw. He had only been over 22% once before in seven seasons.

Odorizzi got there through a slight pop in his velocity, and also going to a power sinker far more than he had before. He started throwing it upon arrival in Minnesota in 2018, and then bumped up its usage to over 20% this year. The rise from an average of 91 MPH to over 93 on it this season led to a surge in his whiffs-per-swing on it, to 30% from 17%. Where earlier in his career he threw it less than 10% of the time with two strikes, this past season it was pretty much his kneecap pitch, throwing it a third of the time to put away lefties and 20% of the time to get righties.

Odorizzi also wasn’t afraid to go after hitters with his four-seam, and has really subscribed to keeping it high in the zone or above to get hitters out as well. And hitters have been less and less able to get to pitches in the top tier in the zone or above it, as their whiff-per-swing was higher this year by some margin than the career rate he’d managed in those spots over his career. So it could appear that Odorizzi has hit upon something to make ABs end more often without anyone moving (apart from the batter turning around that is).

Ein minuten bitte, vous einen kleinen problemo avec de religione (he was from everywhere): One is innings. Odorizzi rarely if ever sees the sixth inning. So he’s a tax on your pen, and these days Lester and Quintana don’t figure to give you a ton of length either. Then again, this might just be how the game is now and the front office is planning for it.

Odorizzi made 30 starts last year, but only threw 159 innings. He got past the fifth in just about a third of his starts, and only to the 7th twice. He basically gets two times through the lineup and maybe a couple more hitters if things are going well. Again, this might just be the way things are now, and I’ll keep stressing that if you have Chatwood and Alzolay as multi-inning pieces in the pen at the same time, this isn’t that big of a deal. Alzolay would have to prove he can do that still, and the front office to plan for it. But more and more teams are going to have short-inning starters and multi-inning relievers to cover for it, so you might as well get on board now.

Odorizzi will also be 30 when next season starts, so his bump in velocity might only be a short-term thing. He’s probably not going to throw this hard, which isn’t all that hard, when he’s 33 or 34. Good thing no one signs four or five-year deals anyway.

Odorizzi also ran a pretty hot BABIP and hard-contact rate against last year, with Baseball Savant suggesting he should have given up a .400 slugging against. The hard-contact rate against him was over 40%, so while his BABIP was nearly 30 points over his career-average, you get the impression the Twins’ exceptional defense, especially in the outfield, bailed him out a bit.

The Cubs will not have an exceptional outfield defense.

Little Silver? Little Gold?: MLBTR has him staying in Minny to the tune of a three-year, $51M deal. That’s $17M a year, which seems a bit much for a third starter as he would be for the Cubs. It’s not other worldly though, at a time when you’re paying Chatwood over $10M to be a swing guy. Of course, this is probably Tom Ricketts’s point when he doesn’t want to pay anyone else. Odorizzi did get a qualifying offer from the Twins, which means if he doesn’t take it he thinks he can do better than $17.8M a year. He also would cause you to lose a draft pick, and the Cubs seem pretty intent on restocking the farm system (to psychotic levels or as a cover story for being cheap asses), so losing high draft picks probably isn’t on their radar for a mid-rotation starter.

FanGraphs has him pegged at a more reasonable three-years, $45M tab, which sounds much more appetizing for where and what he’ll be. Odorizzi basically provided what Cole Hamels did in the first three months of the season before getting hurt last year. And the Cubs paid $20M for that. So you do the math.