Watching The Party – FFUD’s 1st Round Preview: Blue Jackets vs. Caps or Oh Right, These Guys 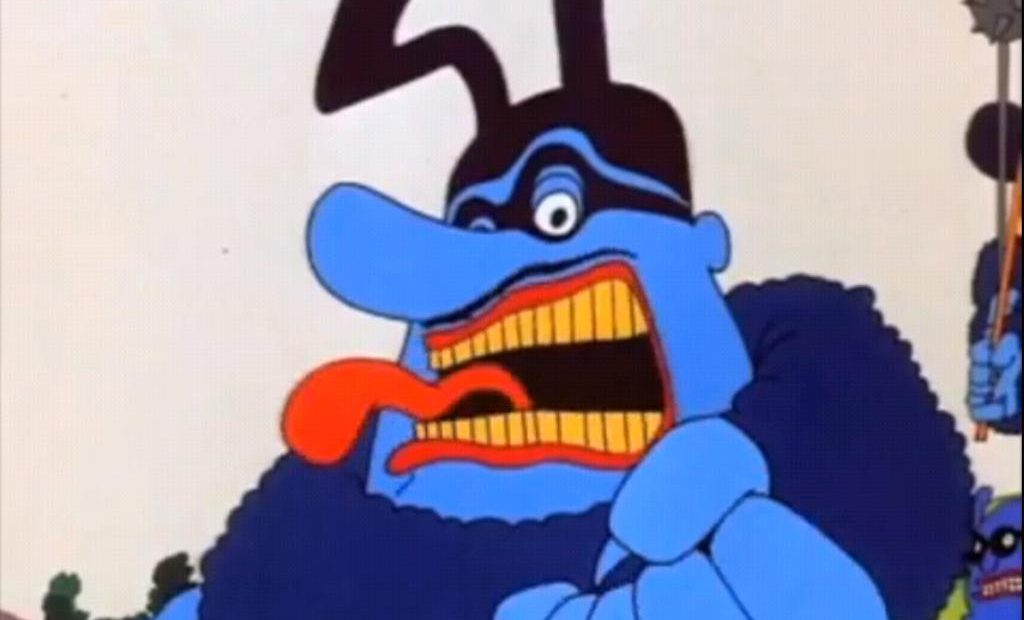 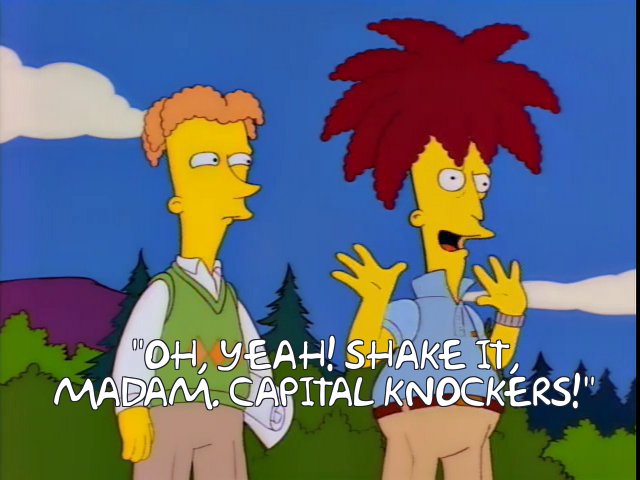 You wonder if both these teams won’t take a dive to avoid more Penguin-induced trauma, especially the Capitals. Of all the series this one is the most picked to be an “upset, though I’m not really sure how much worse the Jackets are than the Caps. Still, it’s a 1 vs. 4 so it would be considered that. No one’s terribly impressed by Washington, and yet I’m not sure anyone’s terribly impressed by Columbus either. Let’s go through it.

Goalies: TURN IN YOUR BADGE AND GUN, BOBROVSKY! This is clearly a big advantage for the Jackets. Bob had a bit of a blip in the middle of the season, but took off in March with a .935. There’s a reason he’s a two-time Vezina winner. Still, he’s a goalie that’s never seen the second round, though both times he’s gone to the playoffs with the Jackets they’ve been completely overmatched by Pittsburgh. That’s not really the case here, though the Caps don’t lack offensive ability either. OH BOB! YOU CAME AND YOU FAILED TO ADVANCE US! AND THEN THEY PUT YOU AWAY! OH BOB!

One thing the Caps haven’t done in their playoff collapses of late is a goalie controversy. Braden Holtby has generally been ok, just not good enough or there’s been another problem. They’ve got one now. All signs point to Phillip Grubauer stepping in for Holtby, as he’s outplayed him this season by some distance. Which has led to Barry Trotz not turning his starter into paste for once. The smart way to go is to go to Grubauer, and if he spits it than Holtby can be the conquering hero. Go the other way, and Holtby falters, and you basically lose him for the whole thing while heaping even more pressure on what was supposed to be your backup. This will give Grubauer a net. Still, it’s turning your team’s hopes over to a backup who hasn’t done this before, along with all the baggage the Caps carry to start with. No pressure, kid.

Defense: I guess this is supposed to be a strength for the Jackets, but past Seth Jones and Zach Werenski I don’t see it. Davis Savard blows and always has. Don’t even get me started on Ian Cole. If Ryan Murray were going to be any good we’d know by now. I guess Nutivarra has promise, so I’ll reserve judgement. Overall, the top pairing is great. Past that, it’s just not impressive and if there’s one thing the Caps can do it’s skate.

Meanwhile, the Caps blue line seems underrated. John Carlson’s underlying numbers aren’t that impressive, but he put up over 60 points in his free agent year and is going to be very, very rich soon. We love Michal Kempny around here, but is he really ready to carry a major, top four role for a playoff team? Dmitry Orlov is wonderful, but even he’s had an understated year. Matt Niskanen has always been the definition of “solid.” It’s a better top four than the Jackets for sure, and Brooks Orpik’s corpse probably can’t do too much damage from the third pairing.

Forwards: It’s Panarin and everyone else. If he doesn’t score, the Jackets are sunk. He had 82 points,  no other forward had over 50. If you trust Pierre-Luc Dubois as a #1 center, you’re getting better drugs than I do. Cam Atkinson is an analytic darling, and would have gotten over 50 points if he hadn’t missed 17 games. Speedy, shifty wingers tend to do well in the playoffs. Ask the Penguins. But beyond that? Thomas Vanek? Stop yourself. That’s just another word for, “Radim Vrbata.” Nick Foligno sucks. Brandon Dubinsky is assuredly going to take a penalty that costs them a game. You can’t make a case here.

As for the Caps, they have their own Panarin in Ovechkin, but they also have a ton more. They have an actual second line with Kuznetsov and especially if Timothy Jimothy gets his head out of his ass/checkbook. Lars Eller and Brett Connolly are hiding in the bottom six, and feel like breakout playoff performers, especially going against the dreck the Jackets have on their bottom six. This isn’t the loaded group of the past two years, but it’s still pretty good.

Prediction: Bobrovsky himself makes this a tough task, though he’s he was pretty penetrable against the Penguins last year. Wherever I look besides the crease, the Caps are just better. But they’re still the Caps. Special teams will make a difference here, but the Caps have the better power play. Unless they Caps real hard, they get to dance with the Penguins again. Caps in 6.