Wait, They Get It? No, Surely Not No 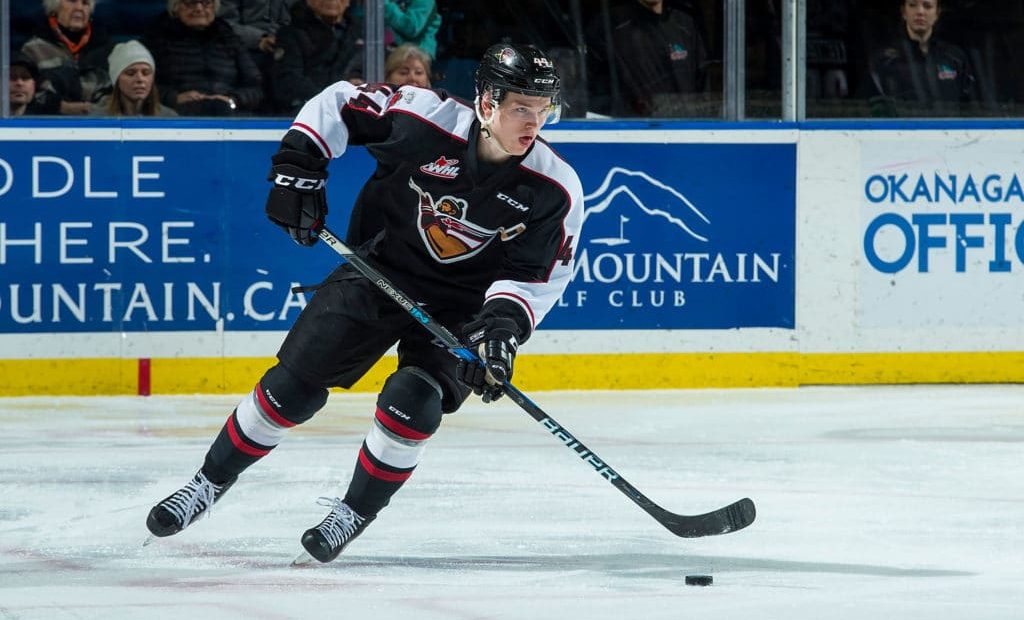 I guess at this point of the offseason, all we can really do is take the stuff Mark Lazerus and Scott Powers write, and others, and comment. We’re still three weeks away from anything interesting happening, and a month away from the draft when we’ll get some real answers. So here’s Lazerus’s piece from yesterday at The Athletic that’s essentially an interview with Marc Kelley, the Hawks director of amateur scouting. I sort of wonder if Kelley won’t be allowed to talk ever again.

The main debate we’ve had here about the Hawks #3 pick is whether or not they can add another d-man at that spot, and specifically Bowen Byram. He’s the only d-man mentioned in the discussions. Every other player around there is a forward. And the Hawks have sort of projected this idea that they already have too many d-men in the system and they’re all so precious and they just can’t figure out what to do. Which leads one to worry the Hawks will reach for a forward that won’t be worth that third pick, that won’t be here soon anyway, and whatever the Hawks do to improve for next year is going to have to be through trades and free agency. Or worse yet, they’re not all that concerned with improving next year.

Kelley seems to go against the grain on all that. First, there’s a comparison to Paul Coffey about Byram from Kelley, which isn’t a name you just toss around (though if Paul Coffey were a player today and was a Hawks, a large section of Hawks fans would hate him including the two in the booth. This is my fear/excitement about Karlsson. BUT THAT’S NOT WHY YOU CALLED). But here’s a money quote for you:

“If you feel that a defenseman is going to project out to be that No. 1, then you go that route,” said Kelley, who was careful not to reveal his cards and say Byram was necessarily that guy. “With all these defensemen we’ve drafted, it’s not our plan that they’re all going to play for the Blackhawks. The defensemen we’ve taken have all held their value, or increased their value. That’s what you’re looking for.”

So there’s a couple things there. One, he’s basically saying that if the Hawks think that Byram is going to be a true foundational piece, then they’ll take him. Kelley recognizes you don’t get a shot at this very often, and if one comes around you don’t miss. They’re obviously not going to say what they’re going to do, just in case they scare some team behind them that HAS to have a guy into trading two top-liners for the Hawks pick or something ridiculous like that. I don’t know if Byram is that guy. A lot of scouting reports seem to suggest he is. You’ll never know for sure until he gets here, obviously.

Second, Kelley for the first time makes it clear that the Hawks know they’ll never get all of their prospects on the blue line onto the UC ice, and even seems to relish how adding Byram opens them up to trade possibly one or two more of them. If that’s the route they go. We can debate all day which d-man should go (Jokiharju), but while they’ve hinted at it before around the edges, this is clear that something will happen. And very well may happen this summer.

Which is fine. Jokiharju’s or Boqvist’s value are probably still high as they can be. Maybe the latter has to prove he won’t drown at the professional level, but we’ll get there. Still, I was encouraged by something someone in the front office said. When was the last time that happened? This is why he’ll be silenced forever I’m sure.