To All Those Kids Looking In The Night….Hey Kids 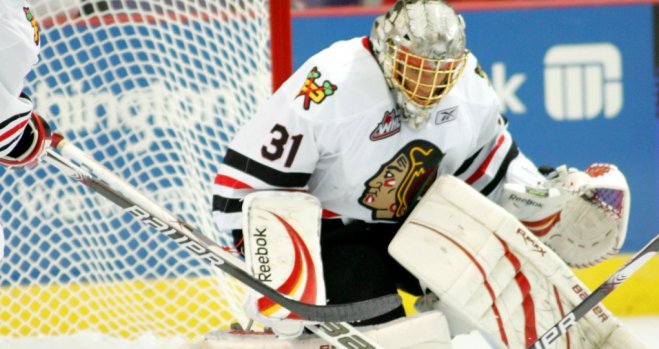 Time for our weekly round up of what the kids outside the system have gotten up to this past weekend. Seems like all we do our roundups now. Pretty soon I’m just going to steal a fuckload of drugs and document my descent down the rabbit hole for you. Maybe that’ll be more entertaining. I don’t know. If you have things you’d like us to write about that we can, say so in the comments or email me or something. I’ll be practicing my coat change like Daryl Zero in the meantime. Objectivity and observation, the two obs, people.

Let’s go West to East this time, in a sort of reverse Manifest Destiny thing. Could be fun. Into the sunrise or something.

Ok, I’m not sure if it isn’t time to start an official “Mac Carruth Watch” or not. But it’s on the approach, that’s for sure. Mac had two starts and an appearance in relief since we last talked. He stopped 43 of 44 against Spokane and the next night turned around to turn away 24 of 25. Carruth has appeared in nine games, starting eight. His GAA is 0.97 and his SV% is .963. I’ll have to do more research to see why he’s still splitting starts with this Burke kid, because these numbers are just a tad hard to ignore.

But Carruth was out-shined this week by Mark McNeill, who took home WHL player of the week honors. McNeill had seven points in three games (two goals) against Swift Current (such a perfect Canadian backwater name) and Seattle.  You can get a look at Mark when the Subway SuperSeries shifts to the WHL later this week, as he’s on that roster.

In the OHL, Alex Broadhurst managed two assists in a classic rock station three-for for the London Knights. Also negotiating a three-in-three gauntlet was Garrett Ross for Saginaw, but he came out of it with a goal and three assists. That’s 25 points in 21 games for Ross.

Bouncing over to the Q. Phillip Danault took his improved performance from playing with Huberdeau in the second game for QMJHL against Russia to continue a four-game points streak with Victoriaville. All assists. Danault is tied for 10th in league scoring with 31 points in 20 games. His teammate Brandon Whitney had two starts, one a pretty easy affair where he stopped 17 of 18 for the win, and the second also a win where he stopped 32 of 36. His season stats are still kind of ugly. Dillon Fournier only had one game against Bale-Comeau, which is a place not a name.

College? Kevin Hayes scored against big-rival-maybe B.U. That’s five goals and nine points in nine games for Hayes. The only thing to happen to any of the other Hawks college prospects is that Sam Jardine nearly had his hand cut off by a skate for Ohio State and we won’t be seeing him for a while.

Took in some of that BC-BU game. Hayes looks pretty big and a slightly better skater than his brother, though hard to gauge against other college skaters. Gets a lot of power play time, where BC basically tries to pass through four sticks and pairs of legs down low consistently. So he’ll fit right in when he’s ready. His goal came after he biffed a 2-on-1 but then recovered the puck in the corner and was able to bank one in off the Terriers goalie. And really, anytime BU loses it’s good because BU is filled with dickbags who are in the way on the B-line when you’re trying to get somewhere. Anyway, Hayes is only the fourth leading scorer on #1 BC, and two of the top three are Calgary prospects. Can’t wait to see how Feaster fucks that one up. 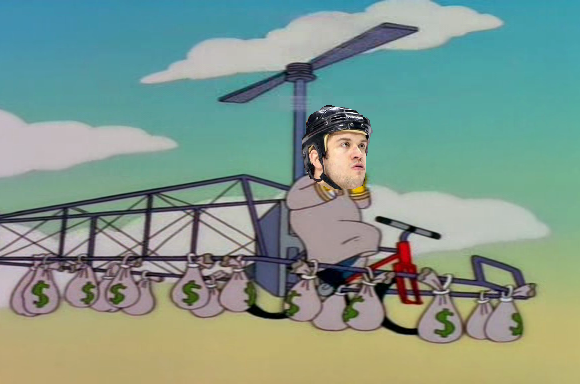 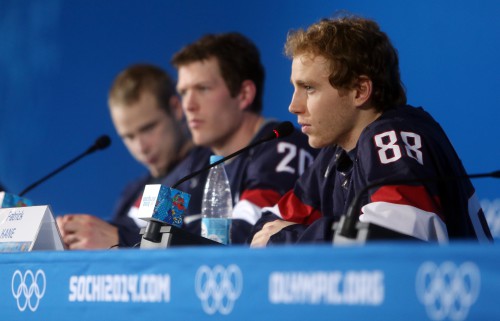