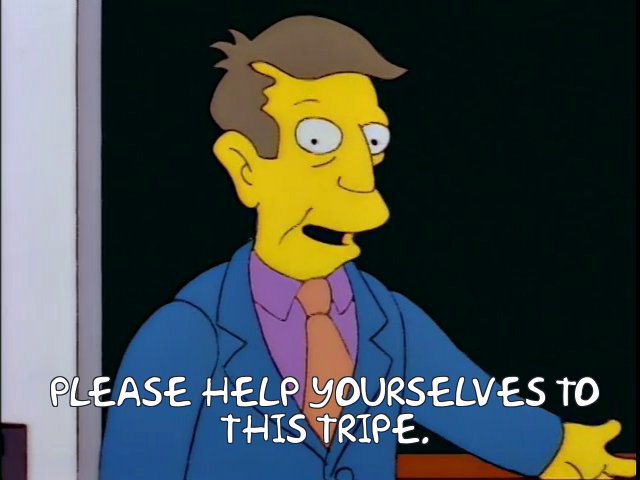 It is my solemn duty to go through this Q&A Stan Bowman did with The Athletic’s Mark Lazerus (Closer than you know, love each other so…MARK LAZERUS). However, before we get in up to the elbow here, I want to get a couple things out of the way at the top to save us time.

One, there’s a very narrow scope of the things we can expect Stan Bowman to say. He’s not going to come out and tell Lazerus, ‘Boy this team I put together sure blows, huh? I mean they really stink! What was I thinking? This is why you don’t go to work on quaaludes, Mark!”

That would be a flashing, “Fire Me!” sign. And while you might want Stan to get fired, and I might too, we can be sure that he doesn’t want to get fired. So he’s not going to say any of that.

Second, even calling for major changes would be saying the same thing, indirectly. If Stan were to say, “Yeah, we have to do something to right the ship. This isn’t working,” he would in fact be saying, “This team sucks and I need to fix what I put together.” Again, that’s a “Fire Me!” sign.

Third, I have to battle with a major theme of this interview because we’ve already been doing it. The Hawks aren’t bad because they’re inconsistent. They’re inconsistent because they’re bad. That’s what bad teams are. Unless you completely lack talent everywhere like Detroit (that still feels good to write) or arguably New Jersey (especially now), the next tier of bad teams are bad because they simply lack the ability to put it together every night. Everyone wins five or six games in a row somewhere along the line. Even the really good teams will lose three or four in a row. What keeps those teams apart is the frequency of good performances, or performances good enough to get two points. And they can do that because they have more good players (really breaking through the layers here, aren’t I?). Or their coach inspires them most every night to stick to a plan or play harder or whatever it is. Or all of it.

We can’t seem to put it all together on a consistent basis. We can do it in stretches, we’ve seen that, we’ve beaten some good teams this year, top teams in the league. But we can’t seem to keep it going. So that’s where we are.

So this is basically Stan doing that, and is the theme for the first part of the interview. You can do the rest here.

(Andrew) Shaw’s been out for a while, and (Drake) Caggiula, too, and they play a certain style that we don’t have a lot of now. I think we do miss their energy at times.

If you’re a team that actually “misses” Andrew Shaw and Drake Caggiula, then you have a shit-ass hockey team. Plain and simple. These are, at-best, third line players that you should be able to replace with call-ups or extra forwards. And if you can’t, that’s on your organizational depth. Caggiula especially, who has played just about half of a season and the most kind you could be to him is to call him “useful.” That’s a long way from game-changer.

Our power play’s starting to be a little more consistent now and it’s scored somewhat regularly in the last 10 games or so. From that perspective, that could be something. When you have goaltending and a power play, it can help your team get some wins.

You can’t count on a power play and goaltending as structural bases for long-term success. They may buy you a season. But the only thing that matters month after month and year after year is even-strength play. You’re basically saying you have to gimmick your way to points here.

So we’ve got to rely on the guys that do have the experience to be consistent performers. That’s just what we haven’t had, sort of across the board.

I can’t fathom whom this is aimed at. Patrick Kane? The guy who is top-10 in scoring with little PP help? Jonathan Toews got off to a slow start, but is ticking at a 60+ point at the moment. And that’s what he is. Did the Hawks expect him to set another career high in goals and points at 32? Did they not think last year was something of an outlier? Brandon Saad? He’s been your most consistent forward and is on target for the 25 goals he pretty much always provides. Keith’s been hurt. Certainly not Corey Crawford, who has every right to simply lay down his gear in the crease and walk away in the middle of every game he’s under siege. Connor Murphy has been your best d-man by some distance. So who are we talking about here?

Even the games that we’ve lost recently where we (lost) leads, it comes down to just a few things here and there.

This is always the lament of the damned. It’s hockey. Every game comes down to a few things here and there. The good teams do them. The bad teams don’t. You don’t just start magically doing them because you want to.

I think our veterans need to be more consistent in their habits and details, as well.

Again, I don’t know exactly what this is getting at. Maybe there’s something at practice or behind the scenes that they’re not doing. And it’s true, on the ice we’ve seen things like Toews taking a shortcut here or there (fleeing the zone, reaching instead of moving, fly-bys) and Keith on his own agenda at times. Kane doesn’t always come back, but then again that’s always been an element of his game. But these aren’t the major problems, and I don’t know that calling out your vets when you’ve surrounded them with this and having them led by that is the route you want to go here, Stanny Boy.

I think we know, like Jeremy says, when we do the right things, we’re a good team. But we’ve got to do them consistently. We can’t do them sporadically. Maybe we could do that in previous years, years ago, when we could play for a period and a half and find a way to win. We’re not designed for that right now. We’ve got some younger players and we’re trying to expand their roles, expose them to the NHL, build some of their habits. And at the same time, we need performances, as well.

B) This is the main crux of the problem. Stan says they’re trying to get young players experience, which is what a rebuilding team would do. And then the very next sentence is about winning. I’d ask which is it, but the Hawks and Stan don’t know.

The beginning of the season, we played pretty well coming back from Europe in that home stretch. We didn’t really get rewarded with wins, but we lost some games we deserved to win where we really outplayed the opponent and outshot them.

Did you now? Let’s see if we can find them: Blew a huge lead agains San Jose, didn’t deserve shit. Played ok against the Jets, got a point. Actually played pretty well against Vegas, could argue deserved another point. Weren’t bad against Washington. So if I’m as generous as humanly possible, that’s three more points. Which would give the Hawks 35. Which would have them seven points out of a playoff spot. And still last in the division. Oh how cruel the Gods be!

There’s also a lot of allusions to the stretch in November, which is bogus because Stan goes on to say how he doesn’t focus on a handful of games when things are going bad. You can’t do either. You have to look at the whole thing, and Stan only does when it’s convenient. A few bad games aren’t proof that everyone needs to go, but a few good ones prove that this team can be successful?

I think right now, just getting in the playoffs, you can easily win the Cup.

This garbage needs to stop, and it needed to stop long ago. Just because it does happen on occasion doesn’t mean it’s a hard and fast rule. One, your previous champs (Caps, Penguins, Hawks, Kings second time, Bruins) were all 100+ point teams among the best in the league and among the best for a while. You don’t have to say, win the Presidents’ Trophy or even the division, but generally you have to be among the members of the penthouse.

Second, the Blues were built to be that, and actually finished a mere point or two from it. They spent the first half of the year trying to get their coach fired. They played like they were supposed to for the last half of the season. They aren’t some Cinderella story. It’s about more than just “getting in” (any woman would tell you that).

He brings a different element than pretty much any of our other defensemen with his physicality and his aggressiveness.

I really don’t want to get on Dennis Gilbert’s case here. He is what he is and he’s doing what he thinks he has to to stay in the league. More power to him. The problem is that Stan is completely misdiagnosing the main reason the Hawks are garbage water. It’s mobility on the blue line. They don’t need the element Gilbert brings. They need everything he doesn’t. Speed and skill and vision. They have one player with it, he’s 19 and drowning at the moment. This sentence right here is why the Hawks are so far behind everything.

When the coaches are evaluating how this guy is doing, they’re not always looking at how many goals did he get, how many assists does he have. They’re looking at what did he do, how much is he growing in his role. Last year, Dylan did a good job of that. He had nothing to show for it, but he helped his line in a positive way. Alex was, as well.

This is half correct, so I’m gonna throw some WOWYs at you (with and without stats) for Sikura and Nylander.

Thank you for your time.

Alex is not different than any of the other players that way.

Utter horseshit. Nylander and Sikura have basically now played the same amount of games for the Hawks. Nylander has scored two goals that mattered and yet he’s playing on the top six and Sikura has already been designated for departure and can’t get on the ice ahead of immobile pudwhack Matthew Highmore. The difference is that the Hawks actually gave up a representative NHL player for Nylander, and they’re doing everything they can to cover their ass about it.

That’s a question nobody knows the answer to. We don’t know how quickly the young players are going to become impact players.

Um…shouldn’t you? Isn’t that part of the calculus when you draft someone? “We think it’ll take him this long to get here?” At least have some sort of projection? Or do you have to consult shamans and witches and such? Is that why Canadians spend so much time in the woods?

There is no plan, but there’s a process. 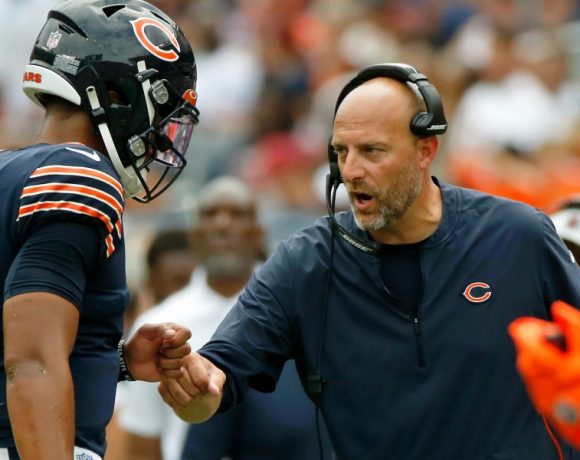 Live From The Five Hole – Problems