Those Are Good Burgers, Walter – First Round Preview – Vegas Defense 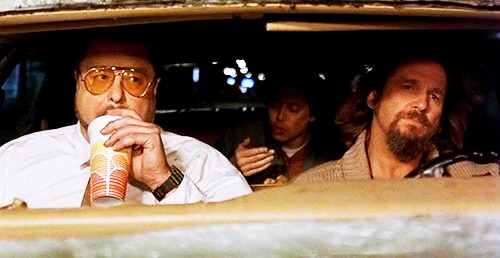 Against the Oilers, the Hawks could get away with the fact that their defense skates like slugs fuck and leave a similarly sticky trail of entrail ooze in their wake, as the Oilers gave the Hawks a run for their money in defensive ineptitude. They won’t be so lucky against Vegas (GET IT?), who has one of the top possession defenses in the game, a trend that has continued through the playoffs.

In the one game the Hawks looked dominant (Game 1), they were above water in possession. Each game after, and especially Game 4, they were overrun. We can expect this matchup to mimic the latter games, as the Knights are a possession powerhouse.

Those are their CF%s at 5v5 against the best three teams in the West. That includes the Colorado Avalanche, who sport probably the deepest forward corps in the league. The top two pairings have the classic free-safety setup, with McNabb covering for Schmidt and Martinez covering for Theodore. Not that it makes much of a difference, as these pairings almost always find themselves away from their own net.

In the three playoff games Vegas has played, only Alec Martinez has taken fewer than half of his faceoffs in the offensive zone (42+%). Literally every other Vegas D-man takes more faceoffs in the oZ than not. That’s fucking breathtaking.

BUT WAIT, THERE’S MORE! In terms of xGF%, the Knights whip ass too, with only Martinez (48+) and Zach Whitecloud (49+) barely underwater. Schmidt and Theodore, who are two of the best D-men in the league, are each above 60% in the playoffs. Sixty fucking percent! The top two pairings are relentless, and if there’s any weakness in it, it might be Martinez’s speed. But all he’s asked to do is play free safety for Theodore, who can control possession by himself.

Think the Hawks might have an opening against Holden and Whitecloud? WRONG AGAIN ERNIE! Though they’re a routine stay-at-home pairing, and Nick Holden sucks, Whitecloud has introduced himself as someone capable of not entirely filling his diaper against actual offensive threats. I guess if you can get the Toews line out against this pairing, maybe you can made shinola out of shit? But again, given the possession numbers, there’s not much daylight.

DeBoer could play Theodore and Schmidt all 60 minutes in every single game and they’d still run circles around the Hawks. They’re too fast, too skilled, and too deep. Even their slow guys (Martinez, Holden, McNabb) would be top 4 guys on the Hawks. The Hawks will have to shoot at better than the 14% they’re already shooting at to have any hope, because the Knights defense is going to have the puck for 60% of the fucking game.

We’re out of our element.