They're A Bit Spiky, They're A Bit French: Hawks at Canadiens Preview/Pregame Thread/Cheap Trick Impersonation 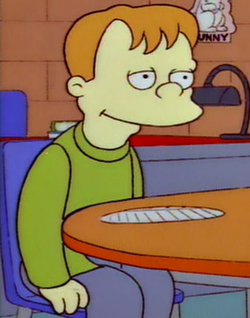 WE’RE GONNA HAVE A SANDWICH: Habs Eyes On The Prize

The traveling Viagra promotional caravan stops in Montreal tonight (because they can’t score, see?), as the Hawks invade what used to be The Keg but is now the…Ringtone? Hardline? I don’t know, communications companies don’t make for great nicknames for arenas.

The panic stricken Hawks, or more to the point, their panic-stricken coach has once again hit the blender, although this time his fabulous line generating machine/rebigulator/rocket bike has spit out some combinations that make a little sense. Patrick Kane is back with Jonathan Toews, even though that apparently causes Q to toss his lunch before April. They’ll be joined by Ben Smith, who is the kind of bowling ball that can join Toews on the cycle and get in front of the net. Smith and Kane have had limited success before.

It’ll be Patrick Sharp’s and Marian Hossa’s turn to look on curiously to whatever it is Andrew Shaw does. Jeremy Morin and Brandon Saad flank Brad Richards, which I’m kind of curious to see as Saad and Morin played a lot together in Rockford during the lockout. Bickell-Kruger-Versteeg forms the checking or 4th line or whatever it is, and that could actually be a decent checking line. Whatever keeps Versteeg from doing a simultaneous Patrick Kane/Lionel Messi/Misty Copeland impression through the neutral zone.

Corey Crawford will get the start, and it appears David Rundblad will get to once again join TVR, which didn’t look all that bad on Sunday. It’s probably because Q is so worried about the lack of goals that he’ll hold his nose and insert the greater offensive upside of Rundblad over Rozsival.

When you’re not scoring, the last thing you probably want to see is one of the best goalies in the game. That’s what the Hawks get tonight in Carey Price. Then again, the Hawks have turned journeyman into fucking Jacques Plante recently, so maybe the way this crazy world works is that when faced with a possible Vezina finalist they’ll light him up like Willie Nelson to a free joint. Price also hasn’t been that good lately, giving up eight combined to the Canucks and Flames in his last two starts.

The Habs started the year on fire, winning seven of their first eight, but have lost three of their last four, culminating with getting absolutely clocked on home ice by the Flames on Sunday. So it’ll probably be an angry bunch out there tonight. Actually, it’ll be an angry bunch because they’re quickly discovering their coach is a raving lunatic, who seems hellbent on pissing off every single member of the team. Despite having a fair amount of speed and scoring on this squad, Michel Therrien still seems hellbent on playing a defensive, “heavy” game. Because of that, the Habs are on the donkey end of most metrics. They’ve been outscored on the year, though that’s partially due to heavy losses against Tampa and Calgary. They get outshot by almost five per game. They slightly outweigh opponents in Corsi and Fenwick, so it’s not all so bad.

However, those possession numbers were boosted by the early season winning streak. On Sunday, the Habs managed a 29% Corsi-percentage in score-close against the Flames. 29%. Against Calgary. That’s not something you should be able to do if you actively wanted to, much  less achieve when you’re not. Therrien has escaped scrutiny of his anti-possession ways because A) Carey Price made it work and B) the Leafs were such a back-country carnival that’s where most of the attention went north of the border.

As for tonight, I would imagine Therrien is going to take a page from Winnipeg’s, Calgary’s, and Anaheim’s playbook here and go for the clog instead of the run-with plan against the Hawks. Look for the neutral zone to be jammed, three guys back at the defensive blue line, causing the Hawks to dump the puck in, and then win along the boards. The problem for the Habs is they don’t come with nearly the size the Jets and Ducks do, so how effective this will be is a question.

The Hawks will make the usual noises about dirty goals and getting traffic and getting pucks through. It’ll matter fuck all if their passing and breakouts are as decrepit as it was against the Jets. If the Hawks aren’t hitting the other blue line with speed, whether they’re carrying it in or dumping it in, it really doesn’t matter what else they’re attempting. Against this team, that shouldn’t be that hard. And for God’s sake stay out of the box. Even though Montreal’s power play has been a beer fart this year and the Hawks’ kill stellar, no one wants PK Subban to get too many chances to bomb away from the point. He seemingly always scores against the Hawks in Montreal.

Speaking of which, I believe this is the only building that Toews and Kane have never gotten a victory in. Someone should remind them of that right before faceoff.