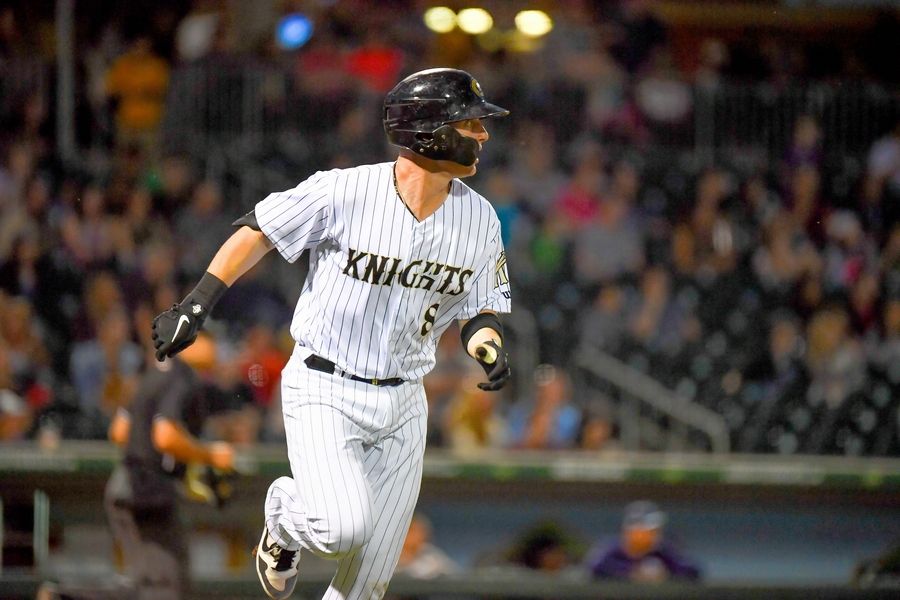 Sox fans got another toy to play with (well, watch) last night when it leaked out that Zack Collins will be called up in time for the NBC Sports Chicago Holy War at Wrigley Field over the next few days. Collins is the White Sox top catching prospect, though there is some conjecture about whether he can stick at catcher over the long haul. But we’ll get there. He’s going to have to catch to play in the next two games, as there won’t be a DH, and the Sox aren’t going to sacrifice Jose Abreu.

Collins certainly has impressive numbers in the minors, especially for a catcher. He had a .364 wOBA in Charlotte this year, and a .363 wOBA in AA last year. Especially for a catcher, you’d take that in a heartbeat. They’re not other worldly, and pale in comparison to the totals that other prospects like Jimenez or Moncada put up before getting their call, but the parameters are different for catchers. Also, considering AAA has gone to the major league baseball this year and have hence been flying around like Canadian soldiers before drowning in Joba Chamberlain’s sweat, you might want to see it a touch higher (now that’s a reference for you!).

The big concern with Collins is the whiff. His strikeout rate has gone up every season and promotion to every level in his journey to 35th and Shields, and in AAA this year his K% was a scary 32.9%. Yes, it’s a strikeout game, but what that portends to at the top level is enough for teeth-grinding and collar-tugging. What Collins does have that a lot of young players k-ing at that rate don’t is an absurd walk-rate. He was getting a free pass at 17.5% this year, and was at 19.4% last year. For comparison’s sake, the leader in walk percentage in the majors is Mike Trout at 21%, and that’s MIKE TROUT who most are terrified of. The next is Dan Vogelbach at 18%, so you can see where Collins’s handling of the zone is unique. You’d think that someone who knows the zone that well would get the bat to the ball more often, but we said the same thing about Adam Dunn. Still, if you’re on-base is over .370, as it has been for Collins at every level, you don’t really care where the outs come from. And if he ever did improve his bat-to-ball skills, then you really have something.

It may just be as an injury fill-in for Welington Castillo, who tweaked his back yesterday. Most Sox fans are happy to see the back of Castillo, as he’s been outplayed by James McCann by some distance and an appetite for Collins. Still, you wouldn’t want to call Collins up and then have him be simply a backup. Perhaps the Sox can get him ABs at first and DH, where Yonder Alonso is leaving mostly a foul smell after his Manny Recruitment assignments lie in ruins. Collins did play nine games at first this year for the first time in his pro career, so you know the Sox were at least thinking about this.

And it might not even work that way. Don’t look now, but McCann’s numbers have been sliding since April. His hard-contact is down, his average is down, his grounders are up, and he’s no longer getting the ridiculous fortune of righteous BABIP Kung Fu Treachery, which was over .400 for a good portion of the season. He still very well may be an All-Star, but it’s a trend worth keeping an eye on.

It’s hard to pinpoint why McCann’s contact has dropped off. He’s being thrown the same mix of pitches as before, though over the last month fastballs up in the zone have been the go-to. But if McCann continues to slide, it only opens up a larger window for Collins.

Exciting times on the Southside…until Despaigne takes the mound at least.