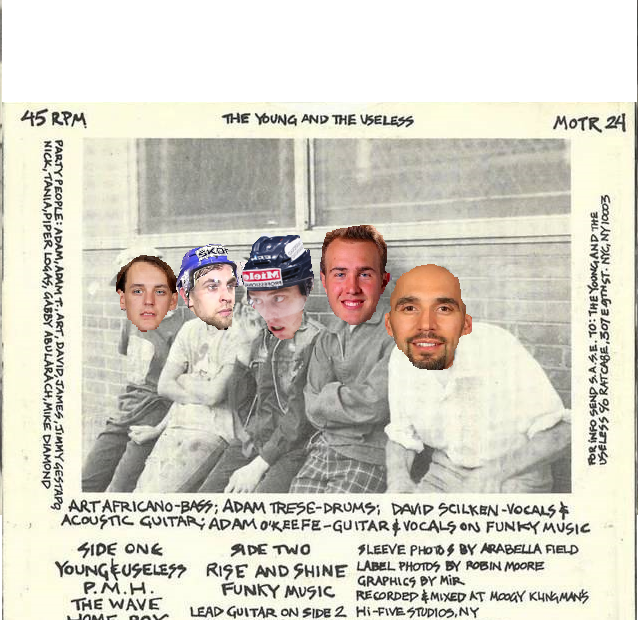 If anyone besides Saad were the one to do all the fucking, it would be this guy. The former 2nd round pick from Sweden is 6’4”, 231, right-handed, and fleet of foot. At just 22 years old, he’s approaching an age where he should start coming into his own. He played 70 games down in Rockford last year and put up a cool 11 points (6 G, 5 A). It’s hard to pin his playing style down given his small sample size, but the fact that he doesn’t have a hard M.O. could work in his favor. If he can be molded into a large free safety to complement Forsling’s get-up-and-go style, using his size and skating skill to close lanes and create outlets, it would answer a lot of questions.

At 27, Jan Rutta was signed as a coveted defenseman. He scored 32 points over 46 games in Czech Extraliga, the top Czech league, which leads one to believe that he’s got potential as an offensive defenseman on the third pairing. He’s got some size to him at 6’3”, 198, and I suspect he’ll get the first shot on the third pairing, given the glowing praise he’s received from the brain trust, which could be problematic, since both he and Forsling skew toward offense. But StanBo said he’s been targeting him for years, so if it is Forsling–Rutta like I think it will be, don’t be surprised to see the Hawks donning those horrid Kelly Greens more often as they attempt to mimic the Stars’s all-killer-no-filler defensive circus at the bottom.

In 2016, Hawks assistant GM Norm Maciver said that Norell is a guy with a high defensive compete level, a description that’s about as useful as having a toe for a tooth. He’s been compared to Johnny Oduya, but it’s unclear which one. My guess is the most recent iteration, which means a lot will have gone wrong if he’s getting regular playing time. His supposed strengths are his abilities to move himself and the puck, and he was named an alternate captain in the prospect tournament (along with Dahlstrom), but it’s hard to see where he fits. Maybe with some more AHL seasoning he could be something, but a good fit to start the season he’s not.

If truck stops served oysters, they’d be called Oesterles. Those stats up there are for Oesterle’s 3-year, 25-game career with the paragons of pugnacious possession, the Edmonton Oilers. He’s billed as a no-frills blue liner, which essentially makes him the Tom Smykowski of the NHL. If he’s afforded any meaningful playing time, you’ll beg for someone to set the whole building on fire.

If you’ve followed the publication for any amount of time, you know the drill with Rozsie. He’s old, increasingly immobile, and one of Q’s blankies. Like a colonoscopy, you know he’s inevitable, and there’s nothing you can do about it except watch the screen and hope you don’t see something worse than shit. Rozsie wasn’t entirely putrid in the regular season last year, but I reckon that’s because he only played 22 games. So when he plays less, his numbers look better. I wonder how anyone could possibly make hay out of this observation. In all seriousness, you hope that his post-concussion symptoms after taking a sucker punch from penis-scab palooka Nick Ritchie clear up quickly, both for his own sake and so the organ-I-zation isn’t tempted to throw him out there in a haze.

These are the other four brine shrimp swimming around the realms of possibility. Pokka is the most interesting of the 4, with 30 points in 76 games in Rockford last year. His right-handed shot gives him another slight advantage. He’ll probably not have a better shot to crack the roster than this year.

Svedberg is a giant at 6’8”, but that’s really all that stands out about him. His average vision and subpar skating make him the textbook definition of “a guy.” Rumor has it he was Timothy Olyphant’s understudy in Hitman: Agent 47.

Gustafsson came up for air 2 years ago and logged 14 assists, but he couldn’t crack the roster at all last year. He’ll figure to get the first shot at driving offense if Forsling lays an egg, but don’t be surprised to see him move for a more experienced 3rd pairing guy close to the deadline if everything goes ass up here. (Whom that would be, I have no clue, but the market for younger, offensively minded[ish] D-men never really dries up.)

“Ravishing” Luc Snuggerud is probably the least likely of any of these guys to crack the roster at any point, especially since he’s openly admitted that he styles his play after the Hawks’s old whipping boy, Nick Leddy. That alone has me cheering for him to succeed. But the only things that stand out about Snuggerud right now are his desires to be Nick Leddy and his last name, which sounds like a bar where overaggressive Little League coaches harangue their players’ mothers.

Assuming Franson is just a preseason pylon, and unless Dahlstrom or Pokka impresses in camp, I’d guess we’ll end up with Forsling–Rutta. If so, we can only hope each makes a quantum leap in defensive abilities. I secretly hope Franson shows enough to make the team, because that’ll take some of the mystery out of all this and give some of the younger, high-potential guys like Dahlstrom or even Pokka (though the clock is really ticking on him at this point) a little more time to cook.

Stats retrieved from hockey-reference.com or eliteprospects.com.

Special thanks to Second City Hockey for info on Robin Norell.