I was bored, and while we wait to see if all the Hawks make it out of Vegas alive before heading to San Jose today, I thought it would be a good idea to see how the schedules shake out for the Hawks and Blues who will duke it out for the Central. Also for the Ducks, as all three teams will dance for the #1 seed in the West. It’s uncertain as to whether these things actually matter. After all, the #1 seed could end up in a very annoying and punchy series with the Canucks that should be a pretty easy victory but could take a toll, whereas the #2 could end up with a much easier (travel-wise and other) Minnesota date, whatever the Hawks record against the Wild may be. Of course, once the Coyotes overtake the Canucks and Vancouver slips out of the playoffs and OH MY GOD THAT COULD TOTALLY HAPPEN AND I’LL DIE LAUGHING AND THEY MIGHT SINK INTO THE PACIFIC AND I HAVE TO STOP NOW I’M GOING INTO SHOCK…

At first when I looked at this, it was refreshing to see that after this trip, the Hawks are finished with the Pacific Divsion. Not one game left. Will have seen them all three times. So you think that’s an advantage, right? Not so much.

Right after the Olympic break, the Blues swing through Vancouver, Anaheim, and Phoenix, and then they’re done with the Pacific as well, save one home game against the Oilers which won’t exactly cause fear. Sure, a quick road trip right after the Olympics when half the team won’t exactly know where they are could be icky, but I would have hoped for more games with the Ducks, Kings, and Sharks, considering how the Blues have fared against them this year. The Ducks however, play in the Pacific so obviously they won’t be ducking anyone there. They have two games left with each of the Canucks, Kings, and Sharks, as well as one each with the Blues, Hawks, and Avalanche (who haven’t really gone away yet, sadly).

The Blues also head into the break with a road game tonight in Carolina, followed by four straight home games against the Preds, Sens, Bruins, and Jets. So yeah, there could actually be a gap between the Hawks and Blues when the break hits. The Ducks only have four games left like the Hawks before the break, and other than the tilt against each other Wednesday, they see the Stars, Jackets, and Jets. Yeah, not murderer’s row exactly.

What’s left for the Hawks after the break? It could be better, it could be worse. There are two dates each with the Avalanche and Blues, and both of the latter are at home. They have to play the Penguins twice. They have to go to Boston and Philadelphia, and I don’t remember the last time the Hawks won in Philly.

On the other side of the coin, they have three dates with the Predators. They have two with the Jackets, though improved are still quite beatable. The Sabres, Hurricanes, and Red Wings all appear one more time as well. The Hawks have to play the Wild once more at home as well as the Stars.

For the Blues, it’s kind of an easier road. After that initial mini-west coast swing, they return for a home date against Tampa Bay, which is one thing if Ben Bishop is healthy and one if he isn’t. But the stretch after that? Yikes. Preds, Avs (who the Blues have laced this year), Wild, Stars, Oilers, Preds, Jets before their second trip to the U.C. They have to go to Pittsburgh and Toronto after that, and at least the Leafs will be battling for a playoff spot. But after that, really the only challenging game the Blues will see is their last trip to Chicago. Yeah, not good.

Other than the games with the Kings and Sharks, the Ducks don’t see much either. The Penguins come out to Anaheim, and that’s really it. Lot of dates with the Oil, Flames, and the dreck of the Central.

So yeah, the Hawks had better ace the rest of this trip, because they’re going to find it tricky to make up ground in March barring something from within bringing down the Ducks and Blues (in the Blues’ case, that would be their brain). 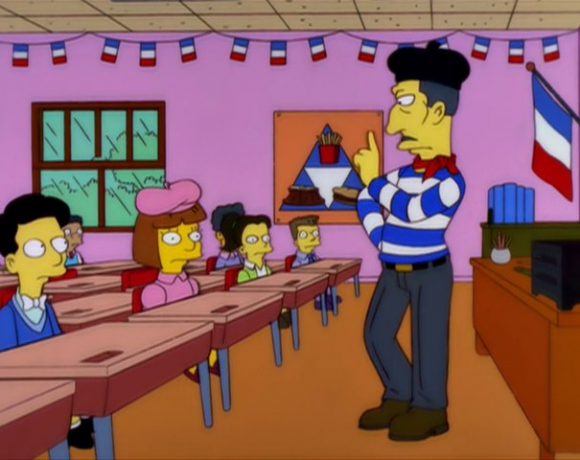