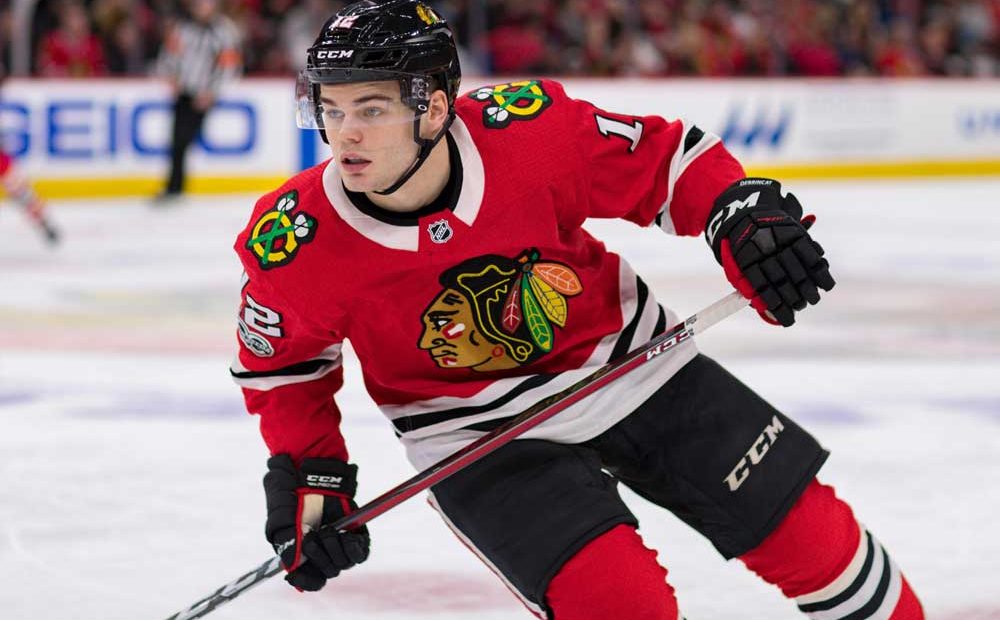 The rare genuinely exciting news broke out of Hawks camp this morning, where it was announced that Alex DeBrincat has put pen to paper on a three-year extension, starting next season. The deal will pay $6.4M per season, which is honestly kind of insane.

Top Cat would have had every right to pursue what Kyle Connor, or Patrik Laine were after, or what Mikko Rantanen actually got. Same goes for William Nylander. This could have turned quite ugly next summer, and likely spilled into next fall. Clearly DeBrincat wanted the security of the next three years and the Hawks were equally excited to have this in the bag quickly and efficiently.

There are clearly some interesting quirks to this deal. You can’t help but notice it ends at the same time as Kane’s and Toews’s contracts, which is when the Hawks might be headed for a hard reset anyway. Should they send Kirby Dach back to the WHL, assuming he’s still alive, that would be the end of his entry-level deal as well. Funny enough, that just so happens to be when Duncan Keith’s deal is also up, assuming he makes it all the way through. Strange, no? It’ll also be the first full season after a new CBA, when a tweaked or possibly wholly different system is in place.

Now, there could be some sort of under-the-table agreement that when the Hawks have at least near $27M in cap space freshly available in 2022 thanks to the expiration of contracts to The Main Three, that Top Cat will get a further extension. Or he’s betting on himself to get a really big number. Either way, the Hawks should have the flexibility then to do what they need, assuming they don’t fuck it up be reacquiring…oh I don’t know, Niklas Hjalmarsson and Teuvo Teravainen when they’re old (please reacquire Teuvo).

As we said on the podcast, if the Hawks really do plan on making another run with the old guard still in place, they kind of have to do it during Boqvist’s and Dach’s entry-level deals (assuming those players turn out to be everything they hope). Basically in the next three or four years. Does this deal help them do that? Sure does, but it’s still going to take some work. They currently have $11M in space for next year, and they have two big spots they have to fill. One is goalie, and the other is Dylan Strome’s spot, as the defense is going to be reinforced by kids (you’d hope. Man, a lot of parentheticals today).

I say “spot,” because I’m willing to wager that the Hawks want to see Strome earn it this season. If he were to spit it, they would just let Dach take the #2 center role before ascending to the #1 cheaply and basically tell Strome to do one. If Strome does earn an extension, him and whatever goalie they choose almost certainly eat up most if not all the cap space the Hawks have. Of course, some of that could be alleviated by jettisoning some combination of Saad, Shaw, Smith, or Maatta off the roster either during this season or in the summer. All these guys have something to play for, clearly.

Still, to get Top Cat at that number is a good thing. A very good thing. Keep in mind that even with the juiced scoring last year, there were still only 13 guys to eclipse 40 goals. Top Cat was one of them, and they’re getting him for a touch more than Jake Guentzel. It’s nice work. It also removes that headache discussion all season, which is a relief to everyone.

So it’s over to you, Strome.