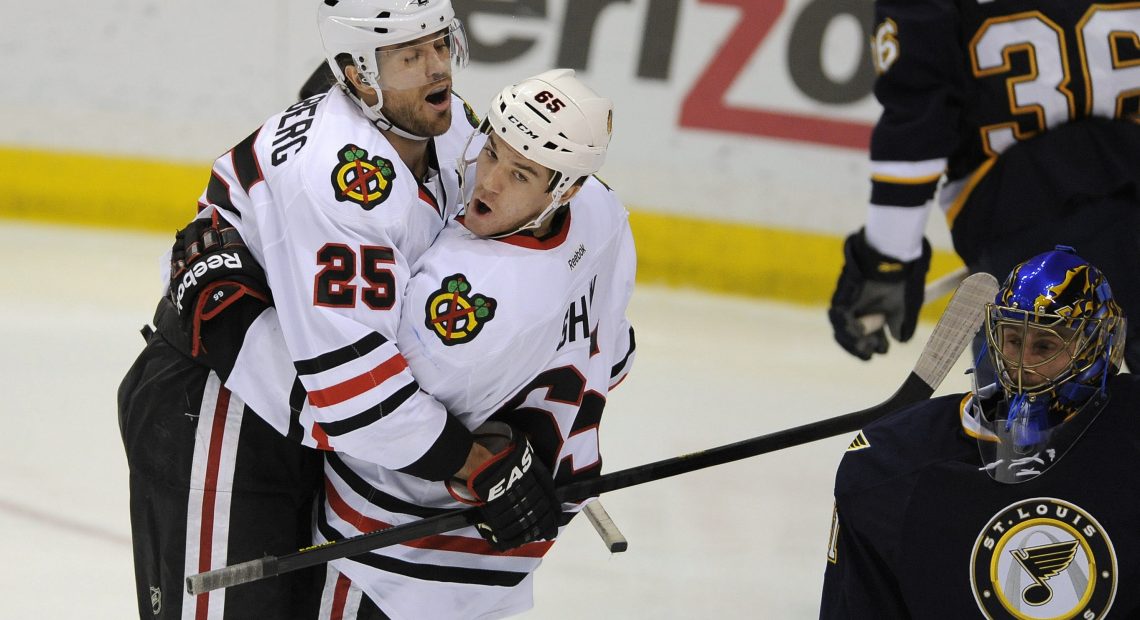 There was a moment in college, I think around my sophomore year, that I decided I would do my best to get really good at chess. I can’t tell you why exactly. I thought it would make me seem smarter, more sophisticated, I was bored, or maybe I just thought it would make me more interesting to women (that was probably it… women love chess players, right?…. I’m an idiot).

Anyways, I remember playing online on Yahoo games, which I’m not really sure people play anymore but I thought it would be a decent place to learn the game against strangers. I would do fairly well some games and just get destroyed in others. In particular, I remember one game that I lost in exactly four moves. I moved four pieces and on my opponents fifth, checkmate.

Is that how Blues fans felt when it went Toews to Seabrook, Seabrook to Keith, Keith to Hossa, Hossa to Saad and then Saad to Toews and into the net?

OK – so it might not have been that exact of a victory. The Hawks got the earliest of early goals but for the remainder of the first and all of the second it remained a close affair. It wasn’t until we saw another Bickell behind the net pass to an open Shaw (is that a thing now?) that the game finally found some comfort level. Toews’  second of the night ended any hope St. Louis had to come back and the point-streak continues. Don’t let anyone tell you this isn’t anything worth celebrating.. this is fucking fun. To the bullets.