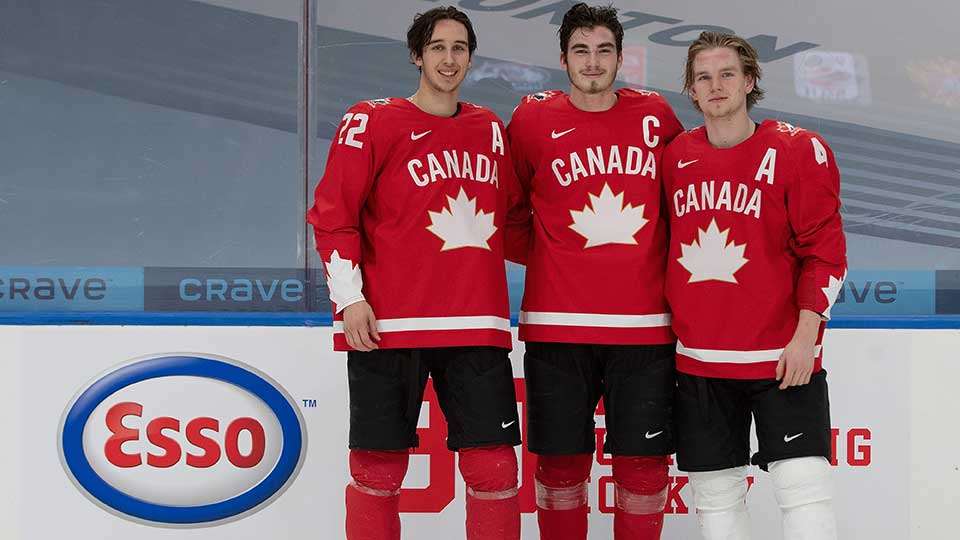 There are people and outlets out there that will demure and deflect in situations like this, where a disaster could be spotted a mile away and was called out at the time, and still failed to be avoided. This is not such an outlet, never has been and never will be.

I fucking told you so.

Exhibit A on October 29th :

Idiotic, even if the tournament is held on schedule and well before the NHL season gets underway. https://t.co/L9PzZTYFys

Exhibit B on December 23rd:

So Kirby Dach had his hand hanging onto the rest of his body by the gristle, and for what? This was AN EXHIBITION game in an exhibition tournament that is unpaid, and Dach has literally nothing to prove in, and that the Hawks cannot reasonably glean any scouting information from as he’s playing against other (unpaid) children. There are simply no reasonable arguments to be made towards the fact that Dach wanted to play and he wanted to win a championship for his country. And that the Hawks front office allowed this at any level is patently ludicrous. There is enough of an adjustment to go from a junior hockey slate of games to the NHL even aside from the level of competition, and that was prior to the whole of society (including the NHL schedule) thrown into the blender with covid. It was readily apparent that as the season last year approached the 50 game mark Dach hit a lull, so why put extra miles on him in games that are of lesser competition? None of it makes sense, and now the Hawks are in an even deeper pile of shit as far as their roster construction is concerned than they were before.

This Dach injury, along with Dylan Strome still yet to be signed and languishing in RFA purgatory led the Hawks to go out and sign whatever is left of Carl Soderberg for a mildo to put a band aid over the shotgun wound that is now their center depth. At one point Soderberg could have been considered depth scoring who will give you 15 goals whether they’re needed or not, but he has been upside down in possession both in straight numbers and relative to his team his entire career, and now at 35, it’s unlikely there is going to be a radical shift in that trend. It also begs the question why the Hawks are signing all of the exact same type of guy with Soderberg now being added to Lucas Wallmark and Matthias Janmark, quote-unquote two-way players who offer next to nothing offensively and generally get domed in possession, when David Kampf has been on this roster for years and has generally flipped the ice when given the opportunity, but that feeds into the next problem here. Anyone who has seen Coach Kelvin Gemstone’s usage and deployment, particularly in the playoffs against Vegas, knows that there is no way in hell that he is going to maximize whatever it is this rabble can produce by giving them the zone starts and matchups they’ll need. And of course, the added insult to this is perennial 30 goal scorer Mike Hoffman, pain in the ass as he and that wife of his might be, just signed on for a PTO in St. Louis. But again, that’s what Magic Training camp is for (again).

The entire league’s schedule was announced right before the holiday, and in order to simplify logistics and limit exposure, for this abbreviated 56 game intradivisional-only campaign, teams will play mini two and three game series, similar to NCAA and sometimes AHL scheduling. Again, it’s a rare occasion that the NHL actually gets something right, but if they’re not going to bubble up, this is probably the best route, and that also leads into some practical matters here.

Given how life has intruded in many different ways for everyone over the past nine months (and counting), that’s left things with basically a skeleton crew still here at FFUDHQ. It’ll basically be just me and AJ covering things the vast majority of the time, with Pullega and Hess still only pinch hitting occasionally and Rose and Sam moving on. As a result, we will only be doing a preview and wrap once per “series”, before and after, and covering anything major that happens in between should it become necessary.

Given both of those factors, we’re now taking submissions for contributors to any who are interested. The compensation a few extra bucks in your pocket a month depending on the traffic-based revenue, so there isn’t any misunderstanding on that front. And since all we have left are straight white dudes as regular contributors, more diverse voices are encouraged to inquire. You can email McClure@FaxesFromUncleDale.com or send a DM to the @RealFansProgram account.