Now I Get Up Around Whenever, I Used to Get Up on Time – San Jose, Nashville, Calgary Preview

The Hawks seem very determined to end this season with a whimper, as the losing streak continues to stretch on for as far as the eye can see and quite possibly with no end in sight if the team’s play over the last few games is any glimpse into the future. McClure pretty much summed up how we all feel in his last wrap, which can be boiled down to “sick of everyone’s shit.” It also doesn’t help that we’re all jonesing for Lukas Reichel’s first NHL point, in which he was denied despite having multiple good chances in the most recent Hawks shellacking against the Kings.

There’s not a lot to look forward to as most Chicagoans have turned their sporting attention to whichever baseball team pleases them most, which can be easily seen in Tuesday’s crowd numbers at the United Center, appearing to be one of the lowest of the season. If you are one of the very few who will be tuning in to watch this dreck (or perhaps just tonight’s ceremony honoring the career of Pat Foley), here’s the rundown of the opposition. It’s a battle of the bad teams, as the Sharks somehow beat out the Hawks for the longer losing streak, which is at seven games and against mostly playoff teams, though a 5-2 loss to Arizona is quite embarrassing. We should know, as we’ve recently been there.

The biggest news in the Sharks universe is that Doug Wilson has officially stepped down as general manager for health-related reasons. The team is already a bit of a tire fire on the ice, and now that an extensive search for the new GM has begun in San Jose, there aren’t a lot of Sharks who should feel safe. Like the Hawks, the goaltending situation for next year is very much up in the air, as none of the five goaltenders who have played for the team this year have particularly stellar numbers. James Reimer, with the majority of the starts, and Kaapo Kahkonen, traded from the Wild at the deadline, are looking at .915 and .913 save percentages respectively, which is about as average as it gets. Kahkonen is probably a lock as the veteran netminder who stopped 40 of 41 shots in the Sharks’ brutal 1-0 OT loss to Nashville, but there’s also Adin Hill to look at as well, who has started the second-most games this year and probably wouldn’t clear waivers. I do not envy whoever’s job it is to sort that out.

On the offensive front, there are only three players on the Sharks with more than 12 goals this season, and only two players over 50 points (though Logan Couture is at 49). In many ways, this team mirrors the Hawks with these kinds of stats, except that the Sharks organization is still in denial about their situation and is still trying their best to get back into playoff contention next year—that is, if owner Hasso Plattner has anything to say about it. Either way, this game could be high-scoring and amusing if both teams come out to play. Or not. The Hawks have nothing to play for and look it. 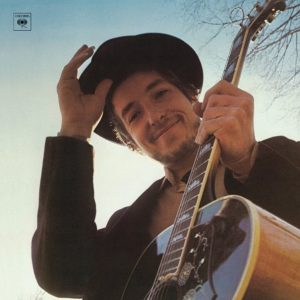 The Predators are currently fighting for their playoff lives against the Stars and Golden Knights (I guess) and find themselves currently sitting in the first wild card spot in the west. It seems unlikely they will be able to catch St. Louis for the third spot in the Central Division with a 7-point gap between the two teams. Dallas is only a point behind them in the 2nd spot, which neither team will want to be in, as the 2nd wild card team will have to play a game called “How many playoff games can you survive before the Avalanche inevitably crush you?” To make things more amusing, the Predators have the hardest schedule down the stretch with 7 of their final 10 games coming against playoff teams, including Colorado, Calgary twice, and Tampa Bay. This Hawks game is essentially must-win for the team, as it is far and away their easiest on the docket.

The Predators can mostly thank Roman Josi for being where they are now, as he has gone on an offensive tear that blows all of his previous stats completely out of the water. He has 19 goals and 68 assists for 87 points on the year, good for being in on 13% of all goals and assists the Preds have scored this season. To give more credit where credit is due, Matt Duchene bounced back from his horrific season last year to score career highs in goals and points. Filip Forsberg is also blowing away all his previous stats with 72 points this year. And let’s not forget the time-honored tradition (if you can call 2 seasons a tradition) of Juuse Saros putting up a .920-something save percentage. And considering your backup goalie is David Rittich (I shudder at the thought), Saros will likely be ridden hard into the playoffs and depended on for every game.

The Predators will be desperate for an easy win, so I’m sure this game won’t go poorly at all. 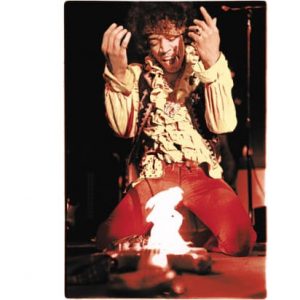 An absolute ass kicking will commence here. Kevin Lankinen or Collin Delia or whoever Joe Schmoe the Hawks will trot out in net will get absolutely pummeled, shellacked, lit up by the Flames and their fearless leader Johnny Gaudreau, fourth in the league with 101 (!) fucking points because of course he is. There have only been 8 other Flames in the franchise’s history to hit 100 points, so Gaudreau hitting that milestone in their most recent game was a pretty big deal, and a big reason why the team is currently on a 5-game winning streak. (Feasting on the Seattle Kraken for two games in a row doesn’t hurt either.) His linemates, Matthew Tkachuk and Elias Lindholm, are both having career-best seasons offensively, but are just as much of a pain in the ass defensively as well—God help the Hawks as they try to get by or stop these three.

Other than the first line, secondary scoring is probably a bit of a concern for Calgary as they head into the playoffs. As everyone knows around here, it takes contribution from more than one line to win the Stanley Cup. The Flames have been doing well thanks to their solid defensive metrics, including having the third-least scoring chances against them in the league this season. It also helps when your goaltender Jacob Markstrom has a .924 save percentage, and Flames fans everywhere breathed a sigh of relief when Connor Mackey made his debut for the team against the Sharks, putting old pal Nikita Zadorov on the bench. Anytime his ass can be stapled there will improve the defense on whatever team he may be on.