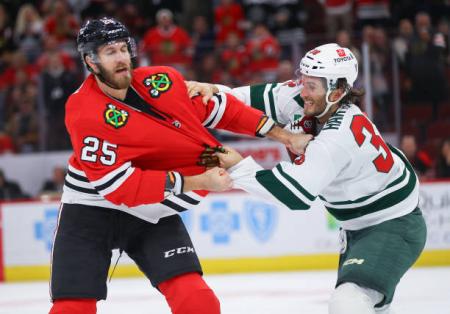 Where’s Your Crown, King Nothing? – Blackhawks lose to Wild and Islanders Preview

The scariest thing happening on the ice this Halloween was far and away the Hawks’ defense or lack thereof against the Wild on Sunday. It was recently announced that Amy’s Eldest broke his thumb blocking a shot on Saturday night and is out approximately 3-4 weeks. So the Hawks gave one of the Johnson simulations a promotion all the way to the top pairing and gave us a middling at best defensive effort against the Wild—though it was an effort given while short a D-man, respectively. It was only by the grace of God that this team was able to grab a point. To the bullets! 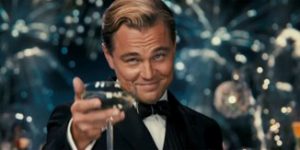 The Islanders have won three straight against the likes of the Rangers, the Hurricanes and the Avalanche, some of the top teams in the league. If New York can continue to put the pedal to the metal, it might be an ugly night for the Hawks tonight.

The Islanders started out on a bit of a skid to start the season, starting out 2-4 before their recent win streak. But since then, the Islanders have had shutdown goaltending from Ilya Sorokin, who has a .933 save percentage so far this season, and also find themselves 4th in the league in 5-on-5 scoring. Their powerplay, however, leaves little to be desired as the Isles are 5th-worst in the league in PP%.

The Islanders forward groups have finally found some sort of formation it seems, with Josh Bailey, Mathew Barzal, and Oliver Wahlstrom sitting on the top line. Barzal leads the team in assists and points, whereas Wahlstrom has the team highest goals. Anders Lee, Brock Nelson and Anthony Beauvillier are on the second line and responsible for about as much offense as the first. The aging skeleton of Zach Parise finds itself on the third line and is sporting a career-worst CF% so far this season. J.G. Pageau and Kyle Palmieri, his linemates, don’t do much for offense either. And of course the 4th line for the Islanders is the same as it always is, with Cal Clutterbuck in his 15th year, probably-overpaid Matt Martin and Casey Cizikas the most likely to be seen gooning with this younger, shittier Hawks team tonight.

Like the Hawks, the Islanders are finding themselves under the coaching guise of a first-year NHL coach in Lane Lambert, and the defense is starting to crack under the new style of play. It is no longer the defensively-solid, bore-teams-to-sleep style they were moderately successful at under Trotz’s rule. But having one of the best goaltenders in the league in Sorokin has recently masked some of this for the Islanders. Against Alex Stalock, who can’t even keep himself in his own crease, this game could spell trouble for the Hawks.

Ryan Johansen – Nothing pisses us off more than comparisons of Kirby Dach to this bloated jackass. The Preds had to sign Matt Duchene because Johansen kept eating his contract and not being a #1 center, and now they’re shocked to find out that Duchene isn’t a #1 center either. Clearly has played for a contract twice in his life, gotten those deals, and then just let the world pass him by. It’s ok, he’s only signed for five more years, so in 2025 the Preds can expect a comeback season…assuming RyJo can even get out of his dressing room chair by then.

Dan Hamhuis – You know he still got this.

Jarred Tinordi – Your father was an asshole and never left the Hawks alone. If Tinordi had another last name he would have been playing in a beer league three years ago. But no one believe in legacy quite like the NHL, and you can expect Tinordi to get another chance after this. And it’ll probably be in St. Paul, where old North Stars never die. Also your first name is spelled wrong, fuckstick.