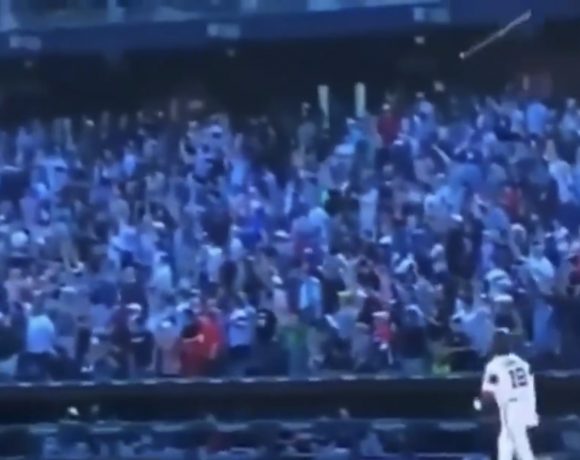 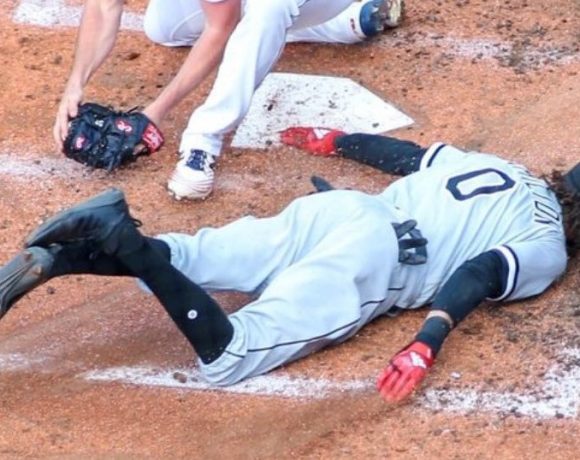 I guess the best thing that can be said about this series is that the Sox only lost one game in the standings to Cleveland. Ultimately there were some disturbing trends in this series that bear watching, such as the offense continuing to strand runners on base combined with Carlos Rodon and Dylan Cease turning back the clock in a less than stellar way. Throw in Yermin Mercedes being colder than Winnipeg in January and you have a formula for a losing streak in there.

The fact that the Sox have thus far been able to avoid extended periods of losing gives me a hollow feeling in my gut that has nothing to do with the Taco Bell currently residing there. The reality is that the Sox are currently .500 (9-9) against teams with a winning record. With a much stiffer schedule in June that includes Toronto, Houston and Tampa Bay the urpy feeling isn’t quite ready to go away just yet. I totally get that you have to punch down against the lesser teams on your schedule, but outside of the series against the Cardinals (who they themselves are not exactly running and gunning as of late) the Sox offense just hasn’t looked up to snuff. I suppose we’ll know more at the end of the month, and hopefully all this indigestion was more chalupa-based than anything else.

-Another moment of concern came in the first few innings of this game when Carlos Rodon’s fastball velocity seemed to be 4-5 mph off his usual heat of 96-97. He was able to bring it up to 95ish by the 4th and 5th innings, but this (combined with the dingers he was giving up) was pretty concerning and definitely bears watching in his next start.

-The Sox offense put up 8 runs in this one, but most of that was thanks to some serious shenanigans in the field by Cleveland. Zack Collins shot a double down the LF line in the 2nd that plated 3, but only after some hilariously bad throwing by Cesar Hernandez and Josh Naylor. I’ve seen better relay throws at my D league softball games, and most of those hit the backstop (GLARES AT JOEY GUTH).

-Cody Heuer ended up with the W after coming in and tossing a clean 7th where he gave up a sharp single, but immediately wiped that out with a nice sinker into a double play to Jose Ramirez (which may be the only out he made all series).

-The Sox were able to plate 3 in the 8th when Billy Hamilton stole 3rd and was knocked in with a sac fly from Jose. After that, Yermin drew a walk and Eaton plopped on into the visitor’s bullpen for a 3 run lead. All this off Sticky Hands James Karinchak, who was seen all series wiping some substance off his mitt into his pitching hand, which Stone and Bennetti called out in game 3 on Monday:

-As detailed in this Athletic article (paywall warning) by Ken Rosenthal and Britt Ghiroli, the use of foreign substances by MLB pitchers seems to be approaching epidemic-level proportions, with some players comparing it to the steroid abuse of the late 90’s and early 00’s. Considering the spin rates on some of these pitches it wouldn’t surprise me at all if this was the case, and I wonder just how much the league will be looking into it.

-A spot start here for Jimmy Lambert, who was called up earlier in the week to eat a few innings. He looked pretty serviceable in his 4 innings of work, just really making one mistake to (who the fuck else) Jose Ramirez in the 3rd. Giving the kid a few innings at the ML level while getting some needed rest for the pen was a solid move and I’d like to see him again when rosters expand in September.

-Cal Quantrill held the Sox at bay, scattering 4 hits and striking out 5 in 4 innings of work in true Opener fashion. Other than Nick Madrigal’s RBI single in the 3rd there wasn’t much to write home about here offensively.

-In other call up news, Ryan Burr made an appearance and went 1 and 1/3d innings. He struck out half the batters he faced, and overall looked pretty solid (mostly because he didn’t face Jose Ramirez). Bullpen depth is good, especially the type that has the movement on his fastball like he does.

-Dylan Cease looked all out of sorts in this one, throwing almost 50 pitches in the first two innings. His fastball command deserted him, and he was catching too much of the zone with all of his stuff. He only walked 1, which was good, but he also only struck out 2. Add those to the 8 hits and 6 ER he gave up and that was too much of a lead to overcome.

-Shane Bieber looked as hittable as he ever has yesterday, yet the Sox kept letting him off the hook with 2 outs. The Sox very easily could’ve knocked him out of the game early, yet bad approaches at the plate by Tim Anderson and Jose Abreu (who struck out twice with RISP, once to end the game) let him escape with only 2 earned runs in his 7 innings of work.

-Billy Hamilton has turned himself into an excellent signing by Rick Hahn, as he turned a gapper into an inside the park home run (no matter how the official scorer at the Jake listed it). He also scraped the living shit out of his face with a hands-first slide into home that looked fantastic, and also painful as hell.

-Maybe Jake Lamb doesn’t suck so much after all.

-Yermin Mercedes needs a few days off, but the lineup is so paper-thin right now that I don’t know how many Tony can actually give him.

Next up is 4 with the Detroit Tigers, which normally is good for what ails ya, but they swept the fucking Yankees last weekend. They even held them to 5 runs in 3 games. They also dropped 10 runs against the Brew Crew on Memorial Day, so I don’t know what the hell to think, other than that the Sox should take nothing for granted and keep punching down.