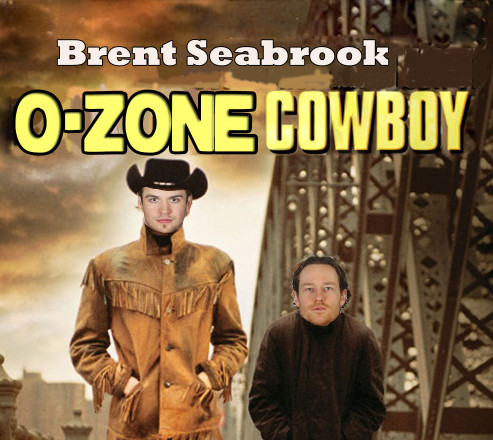 Well Pilgrim, Not Until You Eat The Peanuts Outta My…-FFUD’s Player Reviews: Brent Seabrook or Maybe He’s Not Earthquake?

It’s been a while now that Brent Seabrook has been our main punching bag. He actually started this slide years ago, in the lockout season if you’ll recall. He redeemed himself with THAT goal, and then THAT OTHER goal, and was mostly fine in the playoffs, but he did not have a good season. We blamed it on the nature of the campaign and not playing during the lockout. He wasn’t really any better the following year, and the Kings tore him apart in the conference final, scoring roughly 64 rebound goals while Seabrook watched alongside the rest of us. He rebounded in the last championship campaign, and was pretty much a monster alongside Duncan Keith’s Conn Smythe journey.

And that’s basically where it peaked. Seabrook isn’t the first to lose their battle with Time, and he obviously won’t be the last. It was particularly ugly at times this year, and we and others certainly didn’t hesitate to call it out.

The thing was, it might not have been that bad?

The problems for Seabrook were myriad, but the main one seemed to be that the Hawks didn’t know where to slot him. His pairing with Duncan Keith, the foundation on which this whole thing was built for only about eight years, just didn’t work. Keith doesn’t have the quickness to cover for Seabrook’s mobility that disappeared somewhere in 2016. Seabrook couldn’t cover for a recalibrating Keith. Mostly, it was just ugly, and it’s why of the d-men Seabrook played with his pairing with Keith had the worst metrics (48.5 CF%).

But on the flip side, for the entire middle portion of the season his pairing with Connor Murphy did work. Murphy wasn’t nearly as adventurous as Keith, so he was in better position to cover. Murphy allowed Seabrook to still do some of his cowboy act, which has always been part of his game. Together, they pushed the play the right way (53.0 CF%, 56.5 SCF%).

The numbers with Erik Gustafsson aren’t as good overall as they were with Murphy, but they’re still on the plus-side of the ledger and we all saw how it ended the season. Now, at the end of a season when all is lost probably isn’t the best time to judge things, but Gustafsson’s “Three Musketeers In One” act kept Seabrook in a strictly support role, which is probably what he should be doing. Seabs can’t go cruising up the ice where he’ll never get back if Gustafsson is leading rushes himself. And we know Gustafsson isn’t getting back. It’s hard to say if this is a a solution in the future or just something a flawed team came up with in the death throes of a season everyone wanted over.

The problems are obvious. Seabrook can’t move, and even his passing–still top level–is nullified when he can’t even give himself the time and space to execute it. He still wants to be as aggressive as he was, but he simply can’t. The times when he realized that and played a more reserved game, it was actually ok. It just didn’t happen enough.

Outlook: Both Seabrook and the Hawks have to accept what he isn’t anymore and figure out what he should be. Seabrook hasn’t quite adjusted his game the way Keith was at least trying to at times, and he’s going to have to. Ideally, on a team that has any hope of doing anything, he’s your third-pairing rock. He can still be your triggerman on the second power play unit, assuming you have two real-ass QBs for each (the Hawks don’t have one at the moment). If you absolutely have to you can probably get away with Seabrook taking #4 minutes, but your first three had better be something special. That doesn’t look like happening. Seabrook is cut out for the glorified Sopel/Rozsival role of years past. It’s up to the Hawks to find enough to get him there, and it’s up to Seabrook to accept that.