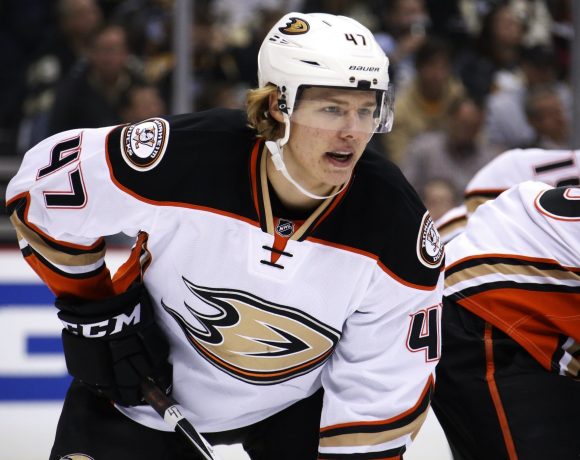 Time to get down again. For those who are new to our deranged family, every so often I like to delve into what the end-of-season awards would look like if everyone actually paid attention to what was really going on during the NHL season. This will always remain my wish, but hey, it’s fun to dream and hope. So let’s get to it.

Hart – This one’s pretty simple. You hand it to Nathan MacKinnon, or Nikita Kucherov if you’re feeling spicy. I don’t think either is a wrong choice. You could even make a case for Phil Kessel, who has kept the Penguins afloat while they try and figure shit out and kick through some fatigue. MVP is still kind of easy to measure. Goals are how games are won, and whoever is scoring and creating most of them, with the least help, probably should get the award.

Vezina – Easy as well. Hand it to Andrei Vasilevskiy. He’s got the league’s highest save-percentage, and the second biggest difference between his actual save-percentage and his expected. So he’s not benefitting hugely from a great defense in front of him.

Calder – Again, this isn’t hard. Mathew Barzal. He’s on pace to have the greatest rookie scoring total in over a decade. He’s made the Islanders relevant, and even interesting even though they can’t play defense worth a shit.

Selke – Ok, this is where the rubber meets the road. As we’ve previously stated, this award always goes to a center that everyone knows, who wins a lot of draws and scores a lot too and has developed a reputation as a defensive center simply because everyone says so. And that center is always Patrice Bergeron. And that’s not entirely wrong. You can make a solid case for him every year. You can for this one. When we looked at this in mid-December, we were actually making a case for Winnipeg’s Adam Lowry. Let’s see if that’s still the case.

For best defensive forward, we should really look at who is holding down attempts against and limiting chances against. When it comes to the top five in attempts against per 60, it’s still Lowry, Bergeron, Tanev, Backes, and Marchand. Strange that they all play on the same lines, eh? (except for Backes). When it comes to types of chances against, the top five in expected goals against per 60 at evens is Mikko Koivu, Lowry, Granlund, Tanev, and Jason Zucker. Again, all linemates. So let’s try and suss it out from who’s benefitting from playing on a great defensive team. Let’s get relative.

When it comes to best relative marks to their team in attempts against per 60, Lowry leads the pack again. He’s followed by Andrew Ladd, Koivu, Brandon Martinook (huh?) and Tanev. When it comes to relative xGA/60, your leaders are Lowry, Hagelin, Kase, Martinook, and Koivu. Again, it looks like Adam Lowry should be getting some votes here. As far as context, Bergeron plays much harder competition than Lowry, but Lowry starts in the offensive zone much less than Bergeron (40% to 60% for Bergeron, though that could be that the Bruins and Bergeron in particular are always driving the play into the offensive zone). Whatever, get original and give it to Lowry.

Norris – This one’s harder. You can’t just give it to the best defensive d-man because driving the play from the back has become so important in today’s game. But it’s gotta be more complicated than just handing it to the d-man with the most points, which would be John Klingberg. If you were going simply by who let up the least chances and attempts, you’d be handing this thing to Dan Hamhuis. Do you really want to do that? No, of course you don’t. If you were going by relative marks to their team in those categories, Hampus Lindholm would have that claim.

When it comes to total contribution, possession-wise, because that’s the entire job description, the leaders in CF/60 relative to their teams are HAMPUS! HAMPUS!, Giordano, Hamilton, Karlsson and Werenski. When it comes to relative xGF%, the only names you’ll see on both lists HAMPUS! HAMPUS! and Dougie Hamilton. Hamilton faces slightly tougher competition than Hampus, and both start in the donkey end the overwhelming majority of the time.

But neither are anywhere near the top of the scoring charts, so you can forget that.