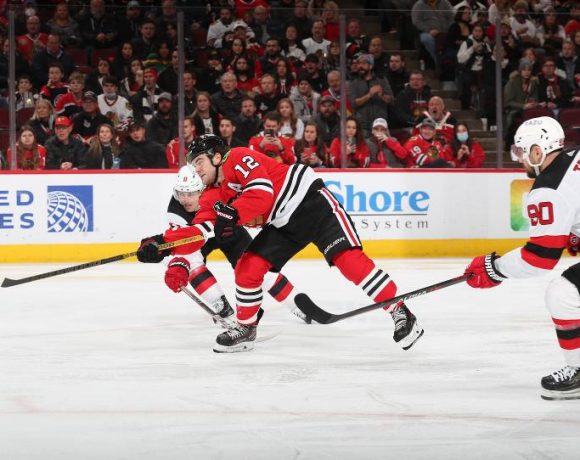 Five games into a season-long six game homestand (albeit augmented by the schedule being altered on the fly by covid postponements), the Hawks find themselves 1-3-1 with one game remaining in it, in what could have been at least a half assed attempt to keep themselves remotely viable in hair brained wild card talk. But given the results of this weekend where they needed TWO hat tricks to get past a punchless Devils team, and were humiliated once again by the Blues this afternoon, it’s time to start stripping this team down to the floorboards, assuming a fucking GM is ever hired to have the authority and autonomy to do so. 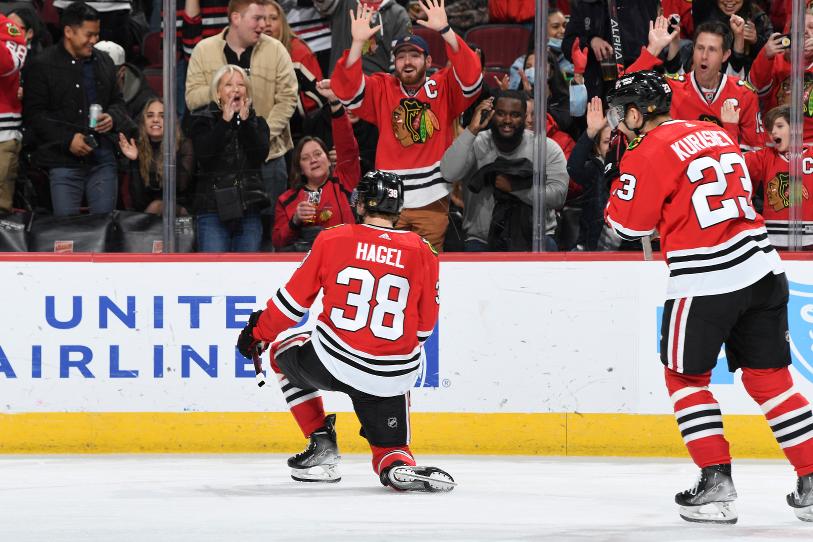 There have been a few games like this that the Hawks have deigned to break up the toil and drudgery for us during, where both the Hawks and their equally bad opponent manage to put on an entertaining hockey game for the true sickos who are actually still paying attention to this. Such was the case on Friday in a back and forth affair that had neither team particularly interested in defensive zone coverage, the Hawks less so, surrendering all five NJ goals at even strength. Kevin Lankinen made his first start in over a month, this time with a hand issue after a protracted covid absence earlier in the season. He didn’t look particularly sharp but really wasn’t done a whole hell of a lot of favors by the group in front of him. But at least they figured something out against the Devils’ PK (which has been above average), scoring 3 times, which ended up being the difference in the contest, the two empty-net Hat Trick cappers not withstanding. It had apparently been 19 years since Hawk teammates had pulled that off, with the legendary Steve Sullivan and Eric Daze each turning one. 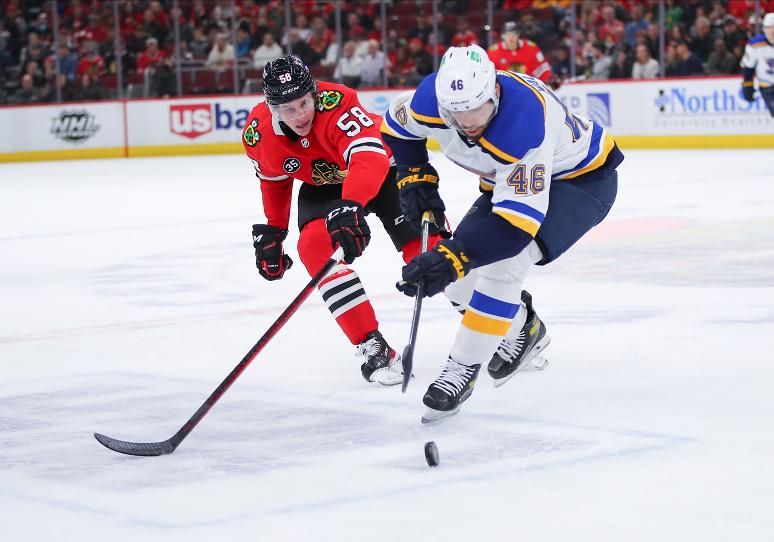 On to more dire matters, where the Hawks once again got utterly pantsed at home by a Blues team that clearly has zero respect for them. The Hawks played well enough in the first period to at least control the territorial battle, but without converting, there was a growing sense of the Blues simply playing with their food on a lazy mid-February matinee against an obviously overmatched opponent. A quick burst of effort got the Hawk defensemen scrambling wildly in their own zone, with Amy’s Youngest continually being the worst offender in this matter. Obviously he was brought here as a lure to his brother, but it’s been pretty evident that he just simply isn’t an NHL player. Erik Gustafsson was scratched and Jones was kept in the lineup somehow, which is one of the only times Gustafsson will get any kind of defense here on these airwaves. Isaak Philipps drew in, and it once again begs the question what the actual fuck are Ian Mitchell and Nicolas Beaudin doing still in Rockford when leadfooted dopes like Philipps and Alec Regula are here, and Regula is getting power play time to the abject horror of everyone bearing witness. None if this is helping the fact that the Hawks forward group has like a guy and a half who can finish at this point, so not getting literally anything from the back end and doing so on purpose with personnel decisions like this doesn’t seem to make a whole shitload of sense.

To add insult to all of this, smirking piece of shit David Perron was sitting on two goals late in the game when the Hawks went back to the box with about 90 seconds remaining. Coach Craig Berube, who in a past life was certainly an on ice fucking cop of a player, sent his first unit out in a 4-0 game to feed Perron one timers to try and complete a hat trick in a game that was already well in hand. Now these are professionals, not pee wees, so the Hawks get paid to prevent the other team from scoring. However, it’s highly doubtful that Craig Berube The Player would have appreciated such tactics or suffered through them without at least one attempted decapitation. Just further proof than any and every code in this game is abject fucking bullshit and everyone who has used it as rationale for anything is merely trying to justify their own dickhead actions.

The Oilers, the Flyers, and the Lightning are up next this week, and hopefully, lord willing, the Hawks will actually have someone in place who can unload some of this dead weight to the point where these games aren’t merely going through the fucking motions and some kids can get a legit look.