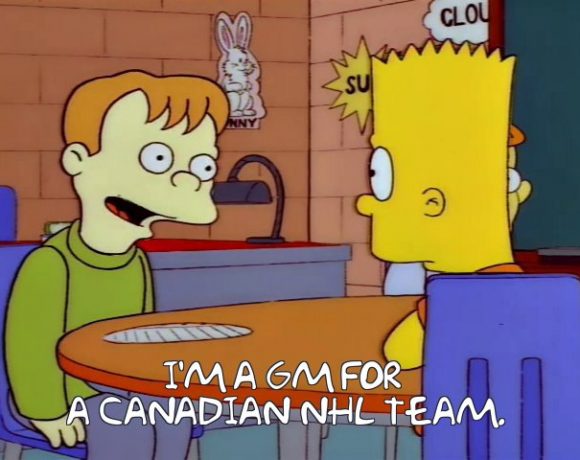 I’m From Canada And They Think I’m Slow, Eh?

I guess now we know who Gordie’s parents were, huh?

I don’t have the adjectives or the prose ability to be able to accurately describe what has transpired in the NHL this afternoon. But I’ll take a shot and when it’s over, to quote perhaps my favorite movie villain of all time, “Don’t think that I didn’t try.” But I think today’s trades are a perfect example of just how back’ards most of the league operates and what still matters to far too many teams (wrongly). Again, try and keep in mind that the last two Cups have been won by teams loaded with skill and speed, who beat teams built similarly. And the team that won the Cups when the ones that were loaded with skill and speed still had the puck all the time. This is important.

Ok, so let’s start with Taylor Hall for Adam Larsson. By the way, having simply written that four points fell off my IQ.