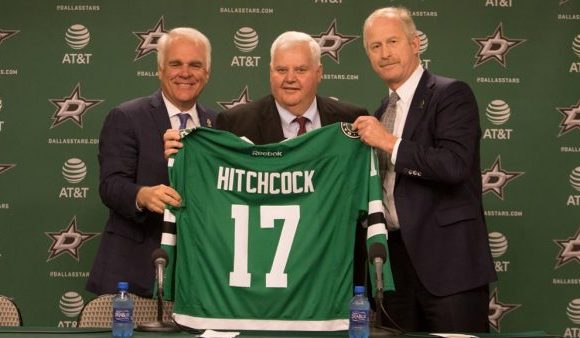 Your Friends In Neighbors – ’17-’18 NHL Team Previews: They Lost A Leg In Dallas They Were Dancin’ With A Train

Ah yes. Everyone’s darling, the Dallas Stars. Another offseason championship for the Dallas Stars, as they upgraded behind the bench from Lindy Ruff to Ken Hitchcock, going from one coach who hasn’t won anything in over a decade to… another coach who hasn’t won anything in over a decade. They signed a winger who until last year was considered “enigmatic” and then went bonkers in his free agent year, because that always sustains after he cashes in. They upgraded their goalies, which tells you something as signing an over-30 goalie who has had hip and groin issues being considered a massive upgrade lets you know just how woeful their goaltending was. And there are a raft of kids who haven’t quite proven to be ready to take up the slack, with a coach who hasn’t always shown patience. Surely it’s going to work this time!