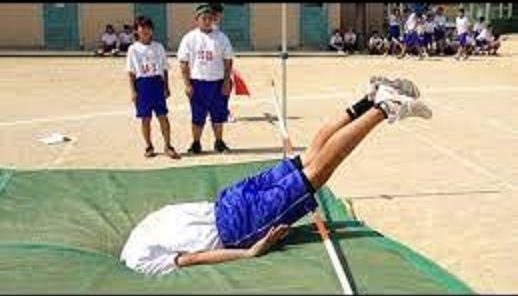 It just keeps getting dumber.

The Hawks continued their slide into oblivion this week, with 2 regulation losses and one OT loss to Toronto. With the specter of the sexual assault of Kyle Beach fresh in everyone’s minds, combined with less than stellar statements by some of the Hawks longest-tenured players, the on-ice product continues to be secondary. That being said we’re still a hockey blog so I suppose we have to cover what’s actually occurring in the games as well, so for those who still give a shit (I’m still trying to process all this and where it leaves me as a fan of both the Hawks and the NHL in general) here’s a nifty recap of the week’s failings:

The Hawks absolutely did not deserve to get any points out of this game, but Toronto is something of an overturned clown car in their own right, so naturally the Hawks jumped out to a 2-0 lead on the backs of goals by Dach and DeBrincat. This ended the record setting leadless streak of the team, with the new Time To Beat at 365:44. Amazingly, the lead held up for almost a period and a half before reality came crashing back down in the form of Old Friend David Kampf potting the tying goal with 6 to go in the game. Once that happened it was just a question of if the Hawks could hang on until overtime before they urped up the losing goal.

Up until that point, Kevin Lankinen kept them in the game with a boatload of saves off high danger chances off the sticks of Toronto players. Despite the lead the Hawks maintained, they got fucking skulled in possession with the highest percentage in a period being the 2nd where they held a whopping 38% of the share. The ending was inevitable, and nobody was surprised when Nylander’s shot in OT found twine.

Wow, back to back games with a lead for the Hawks as Brandon Hagel scored his first of the season 6 minutes into the game. This one lasted less than a minute, and in typical Hawks fashion it was because Jake McCabe pinching in to try and keep the play alive, but instead missing the net and starting a 2 on 1 the other way, leaving Connor Murphy out to dry and allowing racist shitbag Tony DeAngelo to pot his first goal of the year.

After that, the floodgates opened and the Hawks ended the 1st down 4-2. Raanta had the answer to any question the Hawks were asking until a PP goal in the 3rd, but by then it was far too little too late. On the cooler side of things, Isaak Phillips made his first career start, making him the first ever alumn of Team Jamaica to play in the NHL. Sadly the Boy Genius paired him with Erik Gustafsson and now Phillips hates the sport of hockey.

If Marc Andre Fleury wasn’t questioning his sanity in coming to Chicago instead of retiring before, I guarantee he is now. Fleury did everything he could to keep the Hawks in this game, and was successful for 55 minutes of it before the inevitable happened. The 1-0 shutout leaves the Hawks winless and completely without answers to any fucking questions at all. If the Hawks can’t beat Ottawa Monday, there’s no end to this in sight.

There’s really nothing left to say about how this hockey team plays the game. They can’t get out of their own zone cleanly, and when they happen to get into the offensive zone they can’t generate any pressure at all. They’ve only scored 7 even strength goals in 9 fucking games, and average a 45% CORSI share (2nd lowest in the league) per. It’s like the early 2000s, but at least those teams had the excuse of being comprised of AHL talent. This team is capped out to the max, and nobody seems to know where they’re going or what they’re supposed to do. Colliton is a big part of this, but you could put Claude Julien in there right now and it wouldn’t make a TON of difference if the players had this level of urgency. It’s all one giant shrug emoji right now, and I don’t know what they can do about it other than keep losing.