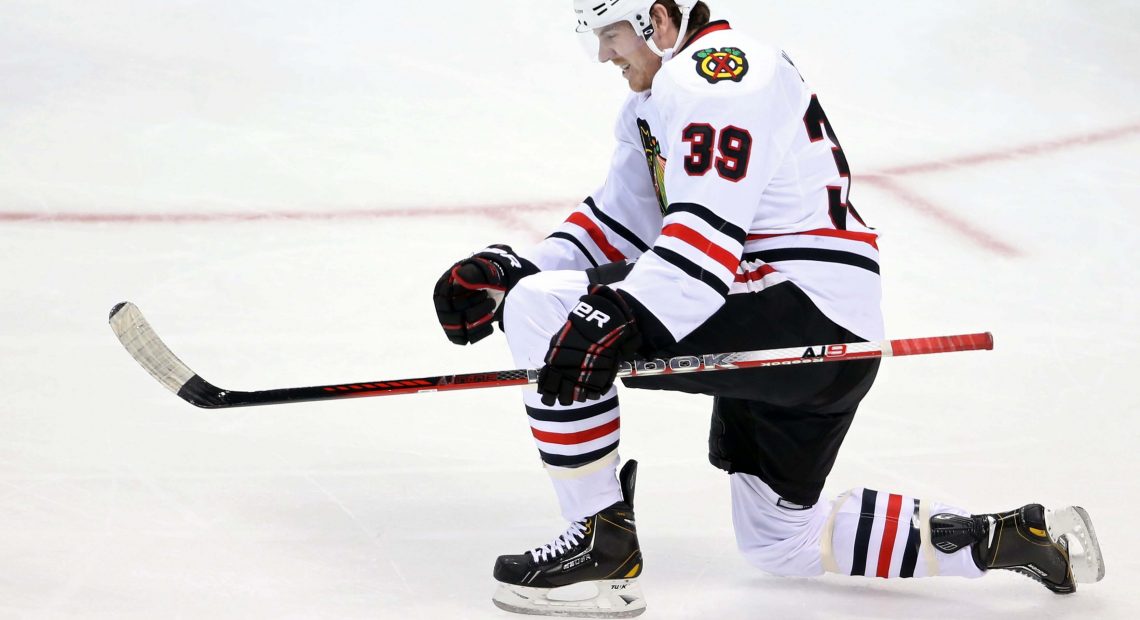 The easy storyline to this one tonight is that the Hawks were pissed off about having their streak to end all streaks snapped at this place and wanted to make up for it. That’s lazy. To me, all we saw tonight was the road team simply outclassing the home team, and doing what it does to a defensive unit that is in now way equipped to handle them. Oh, and apparently someone decided to remind Jonathan Toews that Erik Johnson was drafted ahead of him, and he proceeded to make EJ’s mom embarrassed she gave birth to such a clod. Jordan Staal better thank his lucky stars that Toews won’t get to him next year, I guess.

And in the end, it runs out a routine victory. While it’s over the last place team in the conference, you can’t help but be utterly delighted by the effort, the movement, and the creativity at times. It’s a comparison I’ve drawn before, but there were moments where the Hawks were so far ahead and away from the Avs tonight it looked like USSR ’78 out there. Or what I assume that would have looked like. Just cycles, passes, and chances created that Colorado was helpless to do anything about.

-I’m not opposed to leaving Kane on Toews’s right wing with Saad. It will eventually reward both Saad and Toews more for their work, get the league’s 5th leading scorer the puck even more than he’s had it (and he really hasn’t had it that much at even-strength this year which make his numbers simply Martian bonkers), and if Hossa is ever actually healthy again gives Bolland and Sharp the puck pursuer they clearly need. But that will hinge on….

-This Hossa thing is a true worry. Unlike Jannik Hansen’s finishing school exam, this looked a pretty innocuous hit that Hossa took to put him out of the rest of the game. It obviously won’t be much of a shock if it happens again soon (if he makes it back out to the ice soon, that is). If not, a winger just became something to look for on the market, and both of Ben Smith and Jeremy Morin (after his suspension that has to be coming) are on notice.

-I don’t know why the broadcast couldn’t admit that Brent Seabrook got benched. It’s heartening that Q is watching the same games we are. While he’s always been quick to shift or bench a forward, it takes more than that for him to flatten a d-man. It was obviously more than being nothing more than Statler or Waldorf as Thrakkerzog sambaed right to the net for a shorty. Seabrook has been awful for a few games now, and not very good all season. Q has obviously had enough. We’ll see how Biscuit responds, but I’d bet it’s positive.

-Toews and Saad were both +10 in CORSI. Golf Cart Maximus was a -13. Did I mention it seemed like Toews had a point to prove?

-Somehow, Bickell and Stalberg were only a combined +7 in CORSI, because it seemed like they were everywhere whenever they wanted. When they get a cycle going with Shaw, it only seems to stop when they decide.

-It was another game where I wished I’d noticed Dave Bolland more.

-Other than the goal, Jimmy Hayes had an all right game. But it’s that getting to the net, and having a feel for a finish that I’m sure intrigues the Hawks brass so much. How many other kids would have panicked at that area instead of getting to the backhand and roofing it?

-Niklas Hjalmarsson is so far and away the Hawks best d-man right now, I wonder if he’s been invaded by something the MIB are going to show up for soon.

-Kane’s pass to Seabrook for his goal was mutant stuff, but why don’t they move like that on the PP?

-Kaner was double-shifted at altitude, and ended up with three points and a +12 in CORSI. By all means, trade him for yappy Ryan Miller.

Well, I think that wraps it up. I’m outta here for a few days, gonna see what I can do about widening up this gap on the Ducks in person. The other three have you for the rest of the week. They’ll be gentle.