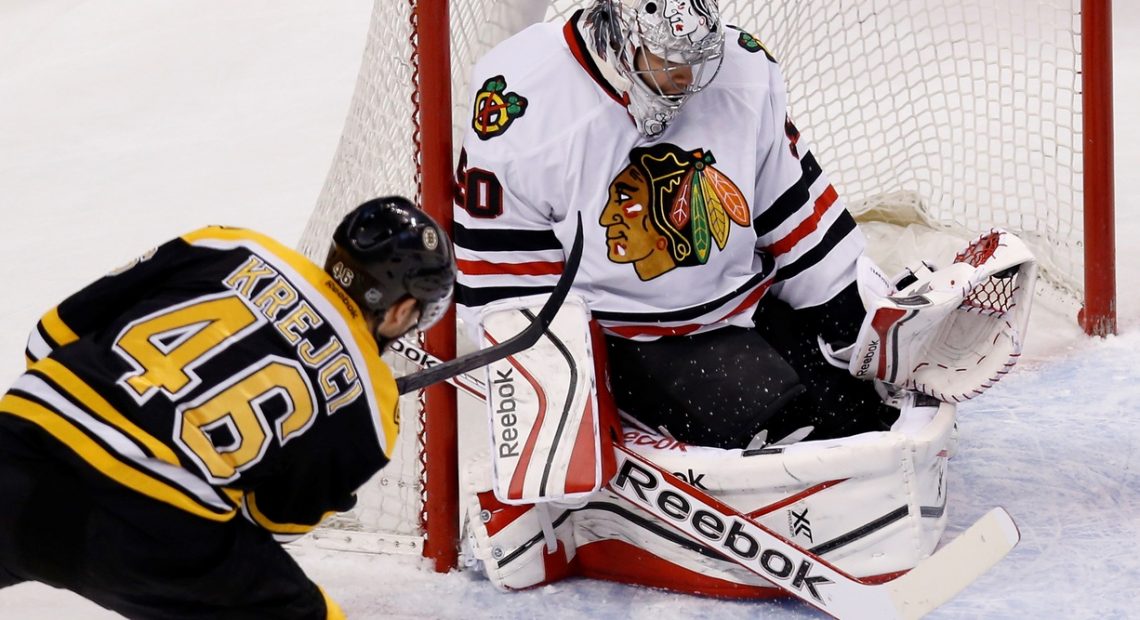 All right, that sucked.

It’s not a coincidence that in three of the four full games that Patrick Kane has missed, including the last game before the Olympic break against Phoenix, the Hawks have been shutout. That’s what happens when a team becomes so reliant on stretch passes that the other team can sit on and anticipate and there is no individual X-factor talent that can’t be game-planned for. It turns the Hawks into a dump and chase team, which they are not. This is not a knock on them, in fact they’ve been pretty successful in not being that kind of team in the last few years. That point is exacerbated by the forwards starting their pursuit from a dead stop at the far blue line. But it’s country fucking stupid to turn one’s self one dimensional out of sheer stubbornness, laziness, or lack of recognition. When this team attacks as a five-man unit, moving up ice as such, with or without Kane, there aren’t many teams that can deal with them. And it’s zero coincidence that three teams with the slightest bit of defensive discipline and structure have fully muted what had been the highest scoring offense in the game, without a singular generational talent to force defenders on their heels even if the forwards are camping.

The Bruins are that and then some, and they did exactly what they’re supposed to. Hell, they were even conceding the Hawks’ first pass in regroups because they knew what was coming. And the Hawks didn’t adjust.