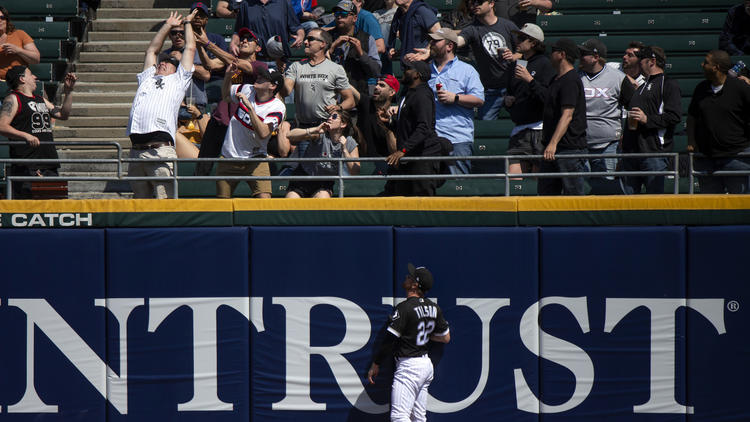 The Mighty Braves Of The Cuyahoga came into this short set unable to create a fizzle offensively. That trend continued Monday, but Manny Banuelos was in a mood to help out his fellow man, especially Jordan Luplow, and the Sox got what they gave for the two games. Let’s clean it all up.

-The stars of the show clearly are Yoan Moncada and Reynaldo Lopez. Moncada came up with two homers on Monday, one down each line essentially, showing off his willingness to go anywhere. Lopez was dominant and he didn’t have to strike out the world to do it, with six of the 23 outs he got coming that way. The two walks are even more tantalizing. He shifted from his previous start by switching from his change to his slider. He only threw 14 of them in Ohio, but 29 of them on Monday. He got seven whiffs on those sliders.

-On the opposite side of the spectrum, any Sox fans hope of the team flirting with .500 generally end when Giolito or Lopez aren’t on the mound. Banuelos’s turn in the rotation has been nothing short of a bonfire, and now he exits stage left with an injury. Pitchers suffering injuries have not exactly gone the Sox way of late, either. It leaves them awfully thin, with Rodon now done for the year. One wonders if Dylan Cease is too far away, or if the Sox might have to go to an “opener” on some days. Any hope that the Sox could get Banuelos back to his Yankee prospect days have probably ended up in cinders at the bottom of a trash can.

-I know the Sox hopes lies in the future and their prospects, but I don’t know where I am with Benetti and Stone interviewing one in the middle of a game. It was a getaway day matinee, so I was probably the only one watching, so there’s that. And there is something to be said for introducing Sox fans to names beyond Robert and Cease and Kopech. Still, there is a ballgame going on and all.

-Cleveland’s hopes pretty much ride on Jordan Luplow right now, but he won’t get to face Banuelos every game. He’s just about the only hitter they can count on right now, as Ramirez and Lindor continued to do a whole lot of not much outside of Franky’s leadoff homer last night.

Day off and then Vlad Jr. shows up, when the weather finally turns. On we go…