Series Recap – Sox Take Two Of Three From Phillies: You’ll Always Have That 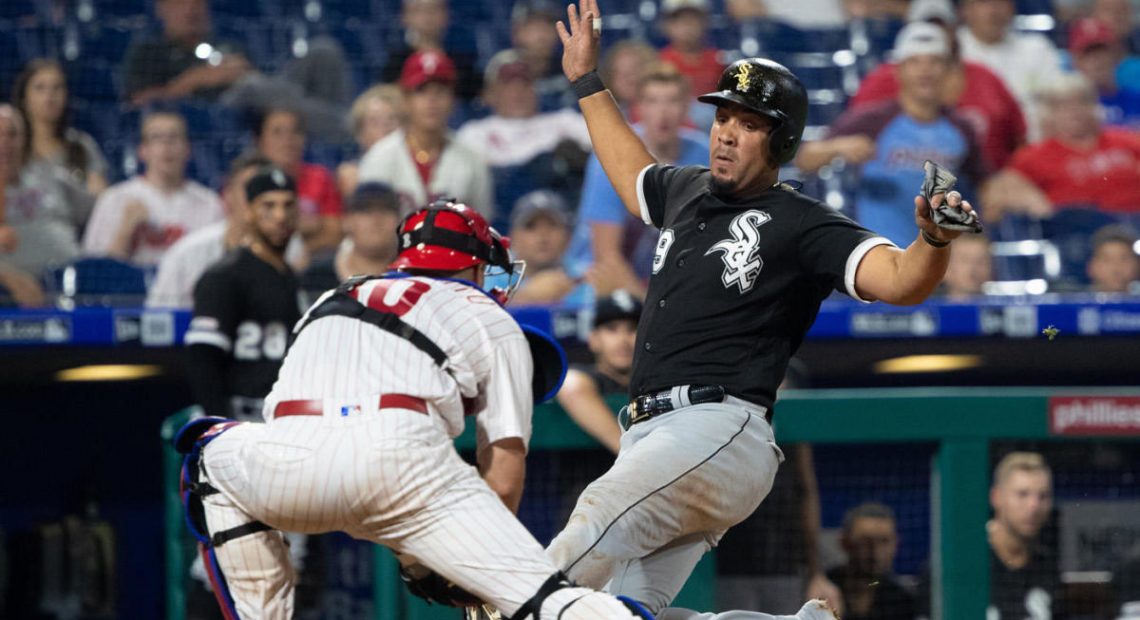 No matter where the Sox rebuild goes, how long it takes, Sox fans will have the night that it took two innings to get a position player pitching, got a runner thrown out at home from left by another pitcher, and nearly completed the feat again in the 15th. The Phillies basically waved the white flag on that game, and it still took the Sox a couple attempts to accept the surrender. That’s the good stuff.

In the end, the Sox have only muddled the NL East/Wildcard picture more by getting swept the Mets but then going on the road taking two of three from the Phillies. Also, the Phillies are a goddamn mess. They can’t hit, two-fifths of their rotation is now in the pen, and their manager might be a lunatic. But then when is anything with the Phillies ever sane?

Let’s clean this one up too.

-The Sox got another decent start from Ivan Nova, which now seems like a waste. Nova didn’t pitch well enough soon enough to be flipped for anything useful at the deadline, and now one wonders if those starts and innings could go to anyone who might be here when the Sox are playing games that matter again. Cease is already up, There really isn’t anyone else. Guess you just enjoy the show.

-The offense is still a tough watch without Moncada. They put up 10 runs off scrapheap rescue Drew Smyly, yes, but a sweep was possible and 15 innings weren’t necessary on Friday.

Which means a little talk about Eloy Jimenez. Parroting what Joe Sheehan had to say in his newsletter, but Eloy came up in the 8th last night against Nick Pivetta with a chance to win the game, and Pivetta never more than a couple pitches away from self-immolation. And Eloy never had a chance. He swung at three curves he didn’t come within a foot of, and that’s happened too often. There is still all the potential in the world, but a .294 OBP is what it is. He gets enough walks, and that will improve more, but there are times when you have to get the bat on the ball. He’s a long way from that yet.

-Shouldn’t the Phillies be better than this? They only have three hitters you need to worry about, and Harper is barely qualifying as that right now as the Sox got him out in every big situation they needed to, other than his one homer. There are a lot of outs on this team, there’s only one starter you fear now that Eflin became ash, and the pen is a mess too. Not one functioning unit here?

-When Ryan Goins is taking your best ABs, you know that’s a problem.

-James McCann dropped to 7th in the lineup on Sunday, though with Ricky Renteria that might be what he thinks is cleanup considering how long Tim Anderson was there. It’s been a constant slide for McCann since June 1, which is throwing some plans into flux. He could use a finish here.

-Shouldn’t you assume the one thing a pitcher in left field can do is throw powerfully and accurately?

-The Phillies managed one hit off Carson Fullmer. That alone should probably disqualify you from playoff contention.