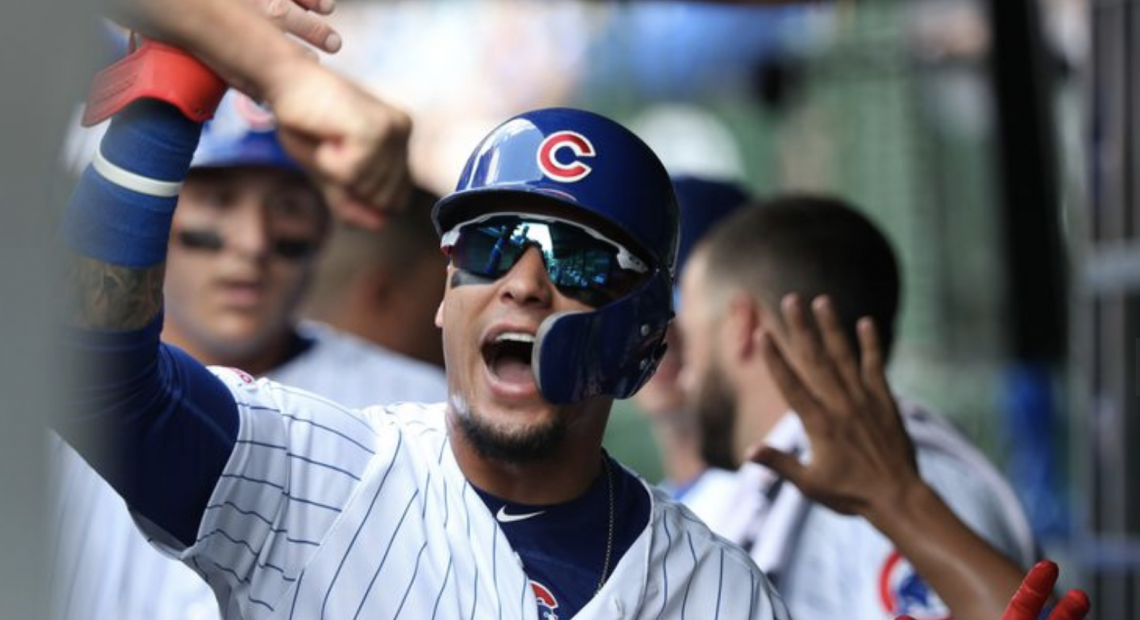 Huh. The Padres scored five runs in every game. Only won one. That’s weird, right? Anywho, the temptation is to bitch that the Cubs didn’t get the last one of the homestand to make it a glittering 8-1. But 7-2 is way beyond acceptable, Morejon and Quantrill were absolutely dealing today, and sometimes you’re just not getting it. Considering the Cubs came out on the right side of a couple one-run decisions in the first two games, you’re probably due for a clunker. What’s really important is what comes on this roadie, as it’s one of the hottest teams in baseball followed by your direct competitors. We’ll take 7-2 on that too, thanks.

-Still, today was frustrating because once again, the back half of the bullpen cannot keep the Cubs within a run. They probably weren’t going to score off Yates today anyway, but you’d at least take your chance. The impulse to lambast Maddon for bringing in Carl Edwards Jr. in a high-leverage situation right in the middle of it is understandable, but there really wasn’t anyone else. Cishek and Kintzler had to be down for the day. Strop most likely. Kimbrel would never be used there. Brach and Ryan had already gone. Your only other choice is Chatwood, and he’s no sure thing either.

And the time for babying Edwards is over. Either he’s a guy who can handle this or he’s not and we can all move on with our lives. Judging by the fact that his fastball was barely touching 92 today, I know which way I’m leaning.

-While on the pen, Strop gave up another lead on this third best pitch, a two-seam fastball that doesn’t do anything. Sometimes I wonder if two-seam is just the label they’re putting on a splitter that doesn’t do shit, but either way Strop needs to lose this pitch. Hitters have been losing it for him enough. His four-seam isn’t overpowering but he at least spots it well, and he should be going down with either that or his slider. He doesn’t need a starter’s repertoire.

-Considering the conditions, the work the Cubs got out of Lester and Quintana is good stuff. They won’t go down as quality starts, but they were considering the environment.

-How nice was it to watch the other team kick the ball around to lose a game on Friday?

-I’m not sure I’ve ever seen the wind turn around like that instantly as it did yesterday.

-Looks like I motherfucked Anthony Rizzo just right. You’ll notice his grand slam came to left field, so in that sense, I’m a genius.

-It’s really starting to feel like we’re seeing the last of Albert Almora Jr. around here. He’s completely lost at the plate, to the point where even his plus-defense doesn’t cancel it out. We’ve had more than enough ABs in his career to conclude he’s just not going to be much of a hitter. Joe Sheehan can wail about his playing time all he likes, but a .666 OPS tells you everything.

-One thing I’ve noticed Maldonado does, and Caratini for the most part too, that Contreras doesn’t, is that he doesn’t drop his glove when setting up and always presents the target. Pitchers must love that, and should be an easy correction for Willson to make.

-Give the Padres two years and a clean bill of the health and they might muddle up this Dodgers nightmare the NL West has lived through.