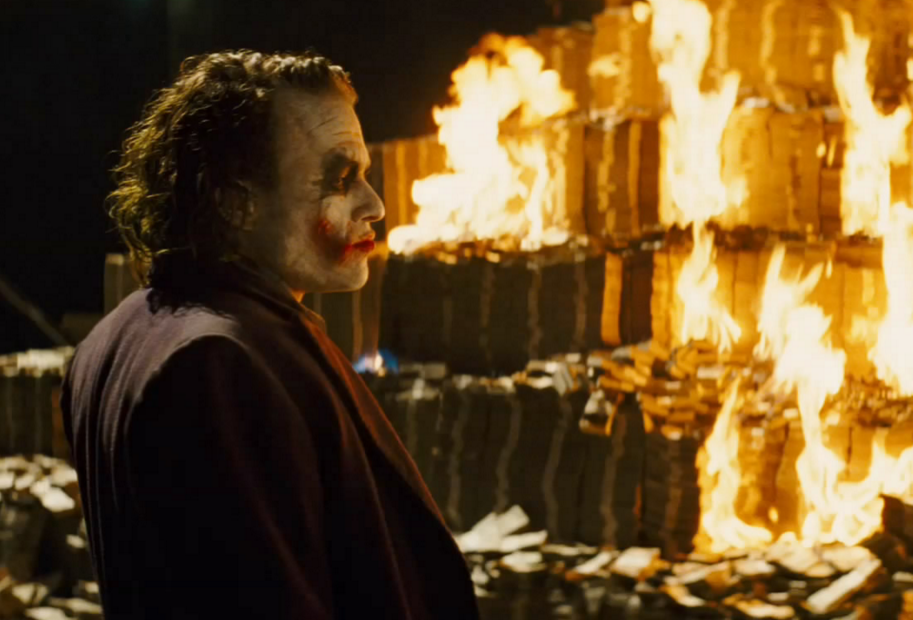 If you’ve come here for a rant and rave…well, you might get one. I’m not sure. I don’t really plan on it, but it might just happen. Once you start talking about this team, the anger and bile just tend to flow.

Let’s get one thing straight, no matter what you’re thinking about Joe Maddon, any selection of brain-addled morons should be able to get six outs with a five-run lead. I was actually with Joe after seven, thinking that pulling Yu there with an extra day of rest will leave him full tank for his next couple starts after that. And hey, it’s five runs. If you think he should have left Yu in for the 8th, I don’t think you’re wrong. There shouldn’t be a wrong answer, because it’s a five-run lead with six outs to go. There are tons of ways to get those.

The one problem I would point out is that once you hit Kemp for Darvish, then he should stay in the game. He’s your best second baseman defensively, and that’s what matters. Happ has no range and no hands. I don’t want to get too upset with Bote, because he’s not really supposed to play short but has to once a blue moon.

So yeah, I’m not advocating for him to be on the team ever again, but all those who kept wailing about why Addison Russell was still playing even though he was going up to the plate with a toothbrush, it’s defense. He was good at second, despite the errors you remember and were looking for. It’s hard to remember too many other games that the Cubs lost because they were simply bad defensively, but aside from mistakes. Sure, they’ve made errors and bad decisions, but that came from everyone. Just being unable to actually play the position…well here you go.

And Joe even has his hands tied with the pen. Kyle Ryan and Rowan Wick have probably the ones you can count on most there lately. They couldn’t get it done. Now you’re into the clown’s mouth, literally. Strop’s fastball has been missing to arm-side all season, and he had no business trying to throw it inside because of that. He doesn’t have the control. Start it above the zone in the middle. But no, that’s too simple.

Six outs. Anyone should get six outs with five runs to play with. You have to actually work to blow that. And all the Cubs did.

As for the rest, I’ve seen enough of Albert Almora Jr. for my life. Tuesday’s loss pivoted on him trying to yank another hairball that human sweat-stain Jason Vargas coughed at the outside corner, when it’s all he can do. Almora shouldn’t be playing, which is weird to write after just complaining about the defense. He can play late in games then, but Happ’s bat is probably more needed, especially with Heyward and Baez at least ailing.

You have to do better than two runs off Jason Vargas, with his jersey yellowing by the third inning. Is that on Joe? Can they blame another hitting coach? Or maybe it’s that Theo and Jed filled out the lineup with players who aren’t any good? Just a hunch.

I thought about writing something today about the home and road splits, except on the ground it’s basically the starters have been much better at home than the road, and Wrigley has played to the pitchers more this year. That’s the big number you see. They score the same amount of runs, basically. The bullpen sucks just about anywhere. So whatever.

Still, maybe it’s because they lose on the road all the time now, but maybe it’s because they just don’t like being around each other. Sure feels that way. At home they get to go to their own homes. On the road they’re stuck with each other. But that’s a stretch. A guess. I don’t really know. No team looks like it’s having that much fun when they’re getting their dick kicked in on the road night after night.

The easy call is to say it’s Maddon’s fault. I don’t see it. I think this team is maxed out. He has had no bullpen to work with, whatever missteps there have been in games here and there strategically. Everyone he turns to out there is either terrible or hurt or both. I don’t know what he’s supposed to do.

Is it his fault that his starters seem to share the belt of “Tonight’s my night to get turned into dog vomit?” It seems like they do that at least once per turn through the rotation. It’s not his fault that he wasn’t provided any depth that this team had enjoyed the previous four seasons. You can blame the front office. You can blame ownership. They’re both at fault.

I would say one of Maddon’s strengths, and a bigger portion of a baseball manager’s job than we think, is to create a comfortable atmosphere and keep players loose. Well, the front office decided he can’t do that anymore, so what’s left? A bunch of players on edge with not enough talent to just stroll through the regular season and ease those fears through wins they just accrue because they’re that good. The talent base isn’t Maddon’s problem.

Me, I’m curious to see if this is the breaking point. If this is the finally the point in the season where someone like Rizzo or Bryant (not his style) or Baez (old enough?) closes the doors to the clubhouse and tells everyone to get their head out of their ass and start playing like it. Would it matter? With this pen in this condition? I guess we could find out. They can either look at this as the bottom and decide it’s time to knock it off, or they can use it as an excuse to quit.

But if they quit, it won’t be on Joe. At least not completely. It’ll lie with the front office that failed to buttress a roster that wasn’t the sure thing they wanted you to believe it was. A front office that bought into its own products far too much, and ones that haven’t helped. It’ll be the fault of ownership that for reasons they have yet to explain to anyone decided it couldn’t spend to secure the bullpen and maybe a bench player or two. And maybe the players that are here felt just a tiny bit abandoned by those above.

There’s been a malaise to this team. If you want to use those intangible reasons for tonight’s and this week’s performance, I won’t stop you. Or you can simply look at a pen that is missing its three top arms and simply doesn’t have enough after that. Maybe both are right.