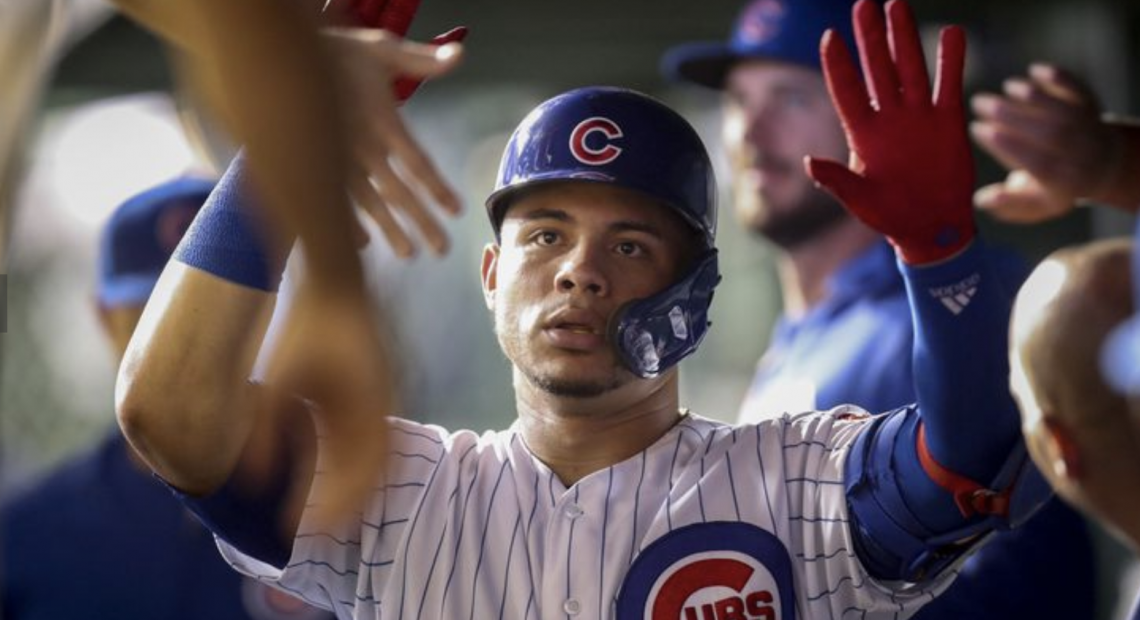 And here we go again, it’s never gonna end… The Cubs went from a sweep of a mediocre team in the Mets, to pretty much shitting their drawers against the Brewers, to doing exactly what they should have against a Mariners team that’s made of silly putty. Monday’s win felt like drunk sex, and tonight’s win just felt like what should have been. At least it got there in the end.

-This season has gotten to the point where I’m being threatened with basically a defenestration (though off a roof is not technically that) simply so someone can feel again. How else do you sum it up?

-A team actually intentionally walked Albert Almora. Anything is possible kids, as long as you believe hard enough.

-Schwarber got the big hit off a lefty pitcher, which only makes some earlier lineup choices even more infuriating. That doesn’t mean I think The War Bear is automatic against lefties, but at this point there’s just enough balance between he’s earned the chance of late and there being no one else that he needs to start every day until the season is over.

-Good god the Mariners are terrible. Is there anyone you think about seeing in the future?

-Against any representative team, Lester probably gets shelled tonight. Luckily, the schedule says he didn’t have to.

-Unluckily, it also says the Cardinals didn’t have to either.

-For a long time I’ve hoped that Ben Zobrist would be some kind of answer for this team, but recently I’ve come to the conclusion he won’t be any more of one than Robel Garcia or Ian Happ. Prove me wrong kids, prove me wrong.

-The fact that Bryant took a seat again tonight in recent memory almost certainly means he’s not healthy, be it knee or shoulder. The Cubs are three back with three to go. Unless you absolutely can’t, you’d be starting your best players every game. You rest them earlier for that exact reason.

-Hey does anyone remember the last time Heyward was on base?

-Is it weird that Kimbrel didn’t get an inning either yesterday or today? Especially with an off day next? Because the last time he came out of the pen throwing 95 and nothing on his curve, as he did Sunday, he was on the IL for two weeks the day after. Is he healthy? Is anyone sure?

-It’s good to see Schwarber higher up in the lineup, but he should be hitting leadoff and no one should give him any shit about the kind of hitter he is there. Because there’s not anyone else to do it, unless you want to see the Joy Division song in baseball form that Heyward is there.