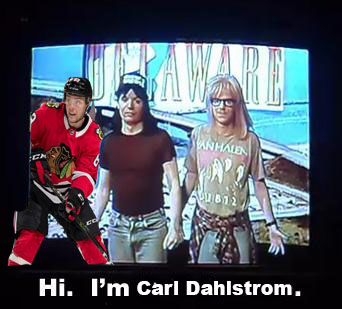 Like Boqvist whose preview came before, it could be that Carl Dahlstrom never plays a game for the Hawks this season. But given his proximity to the top six and the likelihood of injuries/incompetence, he most likely will suit up at some point. It won’t be terribly exciting, but it might not be terribly bad either. And for this team, anything above “terribly bad” on the blue line is a step up.

A Brief History: For the second straight season, Dahlstrom was called up when the Hawks blue line turned to goo, with the idea that his steady game would help to calm the waters. But unlike his first attempt, this one went well at points. Dahlstrom quickly formed a “shutdown” pairing with Connor Murphy, as they were both marooned in their own zone a ton because there was simply no other d-man who could do it. It was the two of them who saw the last-minute shifts in games the Hawks were leading and had to protect for a stretch in the middle of the season, relegating Marlboro 72 to the bench at a time that used to be their g-spot. Dahlstrom got shifted around a ton via partners and sides, but generally was as solid a defensive players as the Hawks could find. Which says a lot.

It Was The Best Of Times: In all honestly, the best case scenario is that the Hawks have six or seven d-men better than Dahlstrom and he never plays. But that’s not the case, though he might still never play. Dahlstrom is hopefully a #7 or #8 that only comes up for air during injury problems and gets you out of a week or even month with steady if unspectacular play. Perhaps even better is if he plays well enough to entice another team to give up something useful for him, whether that team is having its own injury crisis or talent shortage. Dahlstrom is going to get crowded out anyway (we hope) by Boqvist and Mitchell one day soon, unless the Hawks do some serious clearing of the decks. Maybe then he could man your third-pairing without embarrassing anyone. But you’d like to think we could aim for more here.

It Was The BLURST Of Times: Boqvist is a defensive disaster in camp and is sent down. Olli Maatta can’t prove he can escape his Olli Maatta-ness in the season’s first month or two, and ends up back in the pressbox where the Penguins and Erik Goddamn Gudbanson left him in the first place. Slater Koekkoek still blows chunks. Which means Dahlstrom has to play most every game, probably pairing with de Haan for at least a defensively aware but criminally immobile pairing, Or he reconnects with Murphy to do basically the same thing but with more mobility. Even in the worst-case, Dahlstrom’s play is hardly going to sink you, it’s just the inability to move off that floor that will hold the Hawks back.

Prediction: Maatta would probably have to shoot both Stan and Coach Cool Youth Pastor’s dog to get out of the lineup, and Slater Koekkoek seems to be the new David Rundblad when we didn’t even want the old one. So spots in the lineup are going to be hard to come by for anyone else. It’s likely that Dahlstrom starts the year in Rockford again, but will most likely be the first call-up ahead of Boqvist, enraging a certain portion of Hawks-dom, when it turns out all the above are an affront to the Lord. He’ll play somewhere between 20-30 games to give any sort of stability to a blue line that desperately needs it. de Haan is the souped up version of Dahlstrom, but his iffy health status probably opens the door for Dahlstrom for a stretch. It’s more of the I-90 shuttle for Carl. 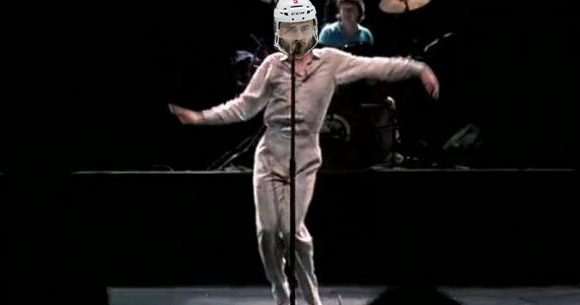 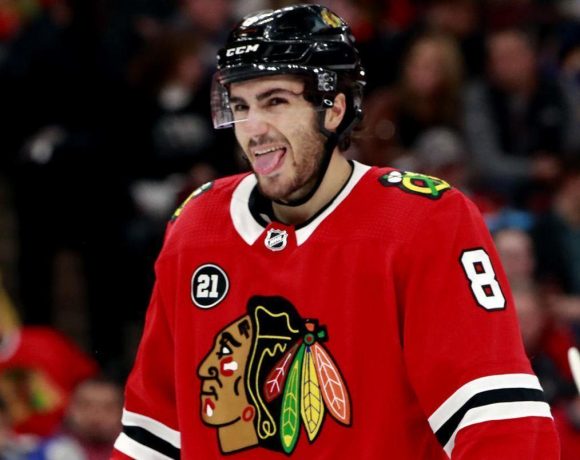