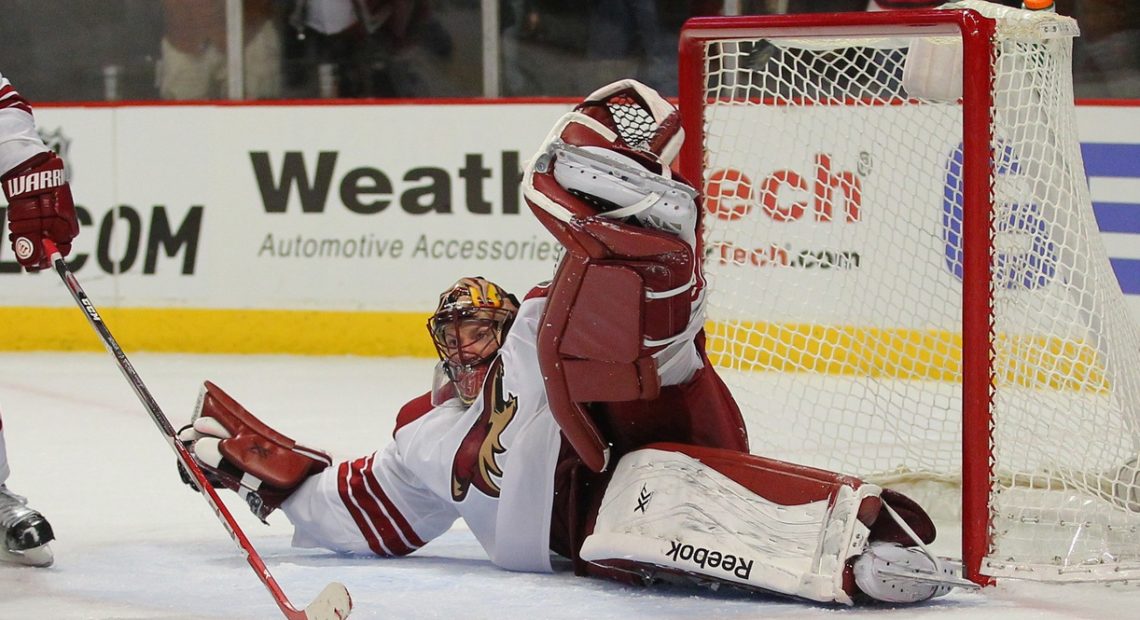 Bring out the tired old tropes of the first game back at home after a long road trip being a let down. They’re certain to get flogged elsewhere. But historically the Hawks have been pretty successful coming home from both the Circus and the Capades under Quenneville, and they probably would have been too tonight were it not for some bad luck and Mike Smith channeling competency for the first time in a while.

The Hawks were all over the Coyotes in the first, which included a Marian Hossa chance on the game’s first shift where basically everyone in the building was surprised at how much time he had. A splayed Oliver Ekman-Larsson forced Hossa to his backhand for a less than ideal shot, but still, the Daniel Day-Lewis of goaltenders was up for the task with a glove save. With the game knotted at bagels after 20, things already felt more and more in the Coyotes favor.

It took an absolutely brilliant pass from Toews to Hossa to finally solve Smith, and it’s debatable whether or not that backhand swipe across the ice was intentional or not. But an old hockey war horse is that the most important shifts are those after a goal going either way, and Patrick Kane took a rare penalty that promptly ended up in the back of the net courtesy of future King and then future Flyer Keith Yandle. A failed clearing attempt was all OEL needed to throw a shot from the left point against the grain that would elude Antti Raanta, forcing the Hawks to chase against a team, no matter how outgunned, is still well coached enough to play with a lead in the third. And it was the same Ekman-Larsson who had his pocket picked by Toews in the left corner to find Marian Hossa in the slot for his fourth straight Hawks goal to force the proceedings to extra time.

The Hawks would have their chances in OT, including but not limited to a 4-on-3 power play and Andrew Shaw and Brandon Saad both missing by millimeters on the same sequence. The game got to a shootout where Antti Raanta did Antti Raanta things, and Mike Smith celebrated emphatically in a meaningless Coyotes win.