Our Olympic Nightmare Starts and Other Monday Notes 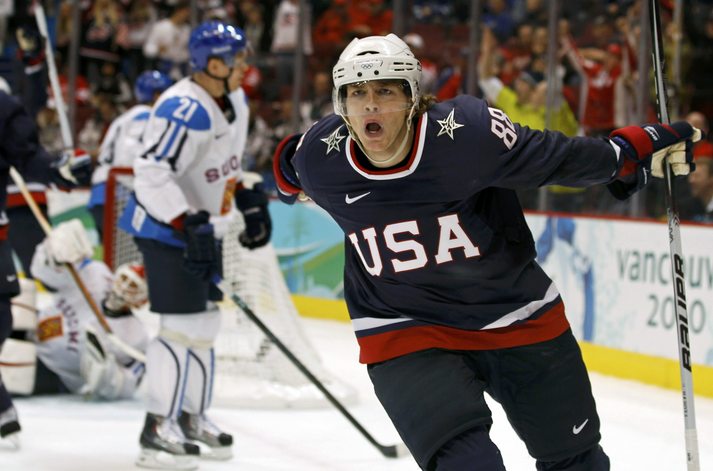 First off, let me say the soccer fan within me loves international hockey. It’s the highest level, and having arguments with picking the national teams and lineups contained therein is endless fun. It’s good for the game…maybe. I’m not sure how 7am starts grows the sport, but that’s what they keep telling me.

However, as a Hawks fan, I’m absolutely terrified — just as I was in 2010. I guess that worked out ok. As we’ve mentioned before, the Hawks could have as many as 10 Olympians, which is almost half the roster. Few other teams will come anywhere near that, though the Hawks might not themselves.

With Canada and the US announcing their preliminary rosters today, you start to see the issue. Crawford, Seabrook, Keith, Toews, and Sharp are headed to Calgary for Canada’s camp. From that, we can assume that Keith and Toews are locks, Crawford might have to go well out of his way to not get picked (though I doubt he’ll be the #1), with Sharp falling victim to Canada having to shift all their centers to wing to accommodate them all (and seriously, who does that?) Seabrook is another longshot after his wonky season. Along with Keith, Doughty, Weber, and Subban would have to be locks, leaving only three spots. Seabrook could easily get in I suppose if he has a good start to the year, but Babcock already kicked him down to a #7 d-man in 2010 before.

As for our beloved Yanks, Kane, Leddy, and Saad are headed to the US camp in Virgina. Kane’s obviously the first name on the sheet when the team is announced, with both Saad and Leddy being longshots. The US is awash in nifty, puck-moving d-men and I have to believe Shattenkirk, Martin, Erik Johnson, and Yandle are ahead of him in that role (with Suter likely captaining the whole thing). As for Saad, the Yanks have Dustin Brown, Oshie, Okposo, and Pacioretty ahead of him in a power forward role. But with Stan on the selection committee, who knows?

But still, that’s eight guys with a shot, and that’s before Oduya and Hjalmarsson likely make the Swedish team (Kruger?). Aye aye aye.

-Training camp will start in South Bend because Disney on Ice will be at the UC on Thursday, September 12th. The Festival will come the following Monday, for those of you who are into that. Q will have demoted Brandon Pirri by the 18th.

-We let it go on Friday, but the Hawks re-signed Drew LeBlahBlah on a two-way contract, probably cementing himself to Rockford to start (again, until Q gives up on Pirri). They also inked Theo Peckham to steady some shit down in Rock Vegas too, or maybe to just be #8 on the depth chart. Right now, I think that would be Ryan Stanton, and I’m not sure I feel so good about that if injuries ravage the blue line. Whatever, wouldn’t make too much of it, and having more young, cheap options at center can’t be a bad thing. Especially if LeBlanc lights up the A.