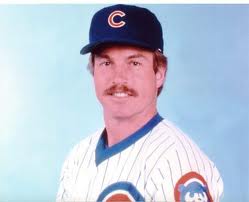 After getting to recalibrate the sights against the Coyotes, the Hawks will descend on Pittsburgh, PA to wrap up the pre-break schedule. Normally, this would feel like a pretty big game with about as much star power as any one NHL game can manufacture. But given that it’s on the second of a back-to-back, and the game before a break that everyone seems desperate to get to, this feels more like something to just get out of the way.

The Hawks will find the Penguins as you always find the Penguins. At the top of the Metrosexual division, though this time around ping-ponging with the Islanders and currently four points behind but with a game in hand, top heavy at forward, lacking at the back due to injury, and looking destined to be just good enough to break their fans’ hearts again. They also played last night, losing in Philadelphia for the 87th straight time or at least that’s what it feels like.

As always, the Pens are led by Evgeni Malkin and Sidney Crosby, who can win a lot of games by themselves and frequently do. While Crosby isn’t producing at quite the rate that he has in the past, mostly due to percentages being off, his 51 points is still more than anyone on the Hawks other than Kane and matches Malkin. Oh joy of joy, the Hawks will get an extra game against weasel David Perron, who was always a thorn in the side (sometimes literally) of the Hawks when he was a Blue. He’s on the top line with Crosby and Chris “I’m the only one who can play with Crosby according to morons” Kunitz.

It’s the rest of the wings where the Pens have issues and have. With Patric Hornqvist and Pascal Dupuis out injured (and I’ll never be convinced Dupuis isn’t anything other than funny-looking), there isn’t much here. Nick Spaling do anything for you? Beau Bennett? Andrew Ebbett? Do you want me to keep going? No? Ok.

On the back-end, the Penguins are going to be without their best d-man for the rest of the season in Olli Maatta and his forty thieves. Kris Letang also looks to be out after getting Zac Rinaldo’ed last night. They’ve called up Derek Pouliot who is probably going to be a real thing one day to make up for it. Without Letang and Maatta, most of the Pens’ drive from the back would come from Christian Ehrhoff. Paul Martin used to, but he’s 33 and just doesn’t have the wheels. Robert Bortuzzo (has Ouzo for two-zo!), and whatever’s left of Rob Scuderi provide the bash and crash.

The big story with the Penguins this year has been something of a revival from Marc-Andre Fleury. While he’s been a FOF for years, he’s rocking a .921 SV% this season which should be good enough to delude people into thinking he won’t fold up like a flan in a cupboard in the spring again, which will make a hardier laugh for all. With Thomas Greiss starting last night Fleury goes tonight.

As for the Hawks, Crawford will return to the net after getting the night off last night. I would imagine the re-jiggered d-pairs will stick, though I’m not sure exactly what they do. On the road Q won’t get his matchups and I don’t know how hard he’ll chase them. I wouldn’t expect Rozsival and Oduya to get any defensive zone starts otherwise Mike Johnston might have a stroke in his rush to get Crosby or Malkin out against them.

For all the hype of Toews-Crosby and Malkin-Kane, these games have rarely lived up to it. Toews and Crosby have actually only faced each other twice, both last year and both were blowouts (and Toews left the one in Pittsburgh early after that thing with Orpik). Two years previously the Hawks got worked in Pittsburgh. There was a shootout win for the Hawks in 2011, and the Versteeg flexing in front of the Hulkster OT winner the year before that.

You would think with the amount of speed and skill, and the amount of shots both teams have been giving up lately, this one should be a track meet. If everyone’s focused on the task at hand and not on the beach they’re heading to tomorrow, it will be. This is probably not the night the Hawks correct their lack of shot suppression, but that could make it tons of fun. Green light.