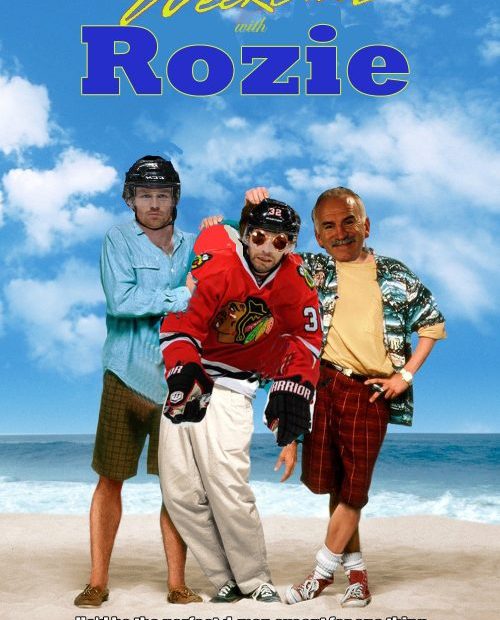 What’s that you say? I’ve already put Campbell in? Yeah, I have. I know how to read smoke signals, and though I might not have the inside dope (while being a dope inside) there’s just far too much out there about this for it to not happen. I’m guessing between 2-3 million too. Which greatly improves the defense. The Hawks might actually ice five NHL-worthy d-men next year (depending on what Kempny is), if you can believe it. And maybe TVR won’t be in our lives so much, which will be great for everyone.

Which means the Hawks will have something around $2-3 million to fill out the forwards. There aren’t going to be any stars coming, but if you look around the bargain bin a bit and rummage the Hawks could find some things that could at least help on the 4th line. That’s if they’ve learned their lesson and realize they do have to get a little faster on their bottom six than they were.

Some names being kicked around the Lab this week:

Darren Helm; For the 25 games he’s actually upright and in one piece for, of course. Should be dirt cheap, excellent penalty killer still, and still has the wheels (when they’re attached). Just two years ago he was a +5.2% Corsi-relative on a still-Babcock coached Wings team. It sounds weird, but it really would not be the worst idea.

Dominic Moore: He’s old, but he’s a way better 4th center option than Desjardins. He had a rough go of it in New York last year but seems like the kind of gritty vet that Q would love.

Brett Connolly: McClure’s already been over this one, but here’s a cheap signing that has the skills, or should, to at least moonlight with Toews and not embarrass anyone watching or his family.

Mason Raymond: This one’s just personal. He’s been my hockey crush for a while, and though I know he was playing in Stockton most of last year he’s been coached by morons in Toronto and Calgary the past few years. He’s not that far removed from being a contributor to a good team in Vancouver, and he still has wheels. If Q didn’t immediately hate him, which he would because he’s Stalberg-like, he would be an asset on the 4th line and probably could get you out of a game with Toews if he had to.

Sam Gagner: I just threw this one in to please Fifth Feather.

Josh Jooris: This is another personal one. Somewhat ignored last year in Calgary, two seasons ago he put up 12 goals in 60 games for a “playoff” team. He’s got speed to burn, and though he’s in the Raymond mold and wouldn’t provide a lot of “jam” on the 4th line, I’m assuming that’s what Desjardins and Panik are for.

Mike Richards: Just to see the look on McD’s face.

Of course, none of these names will happen but they’re fun to throw to the wall.

The other aspect is figuring out how many kids are going to make the team. I’m guessing Schmaltz is given every chance, same with Hartman. If it’s Hartman, slot him alongside Hossa and Kruger there and put Schmaltz with Toews. Sure, why not?