Off To Europe, Without Boqvist In The Carry-On, And Not Much Else In 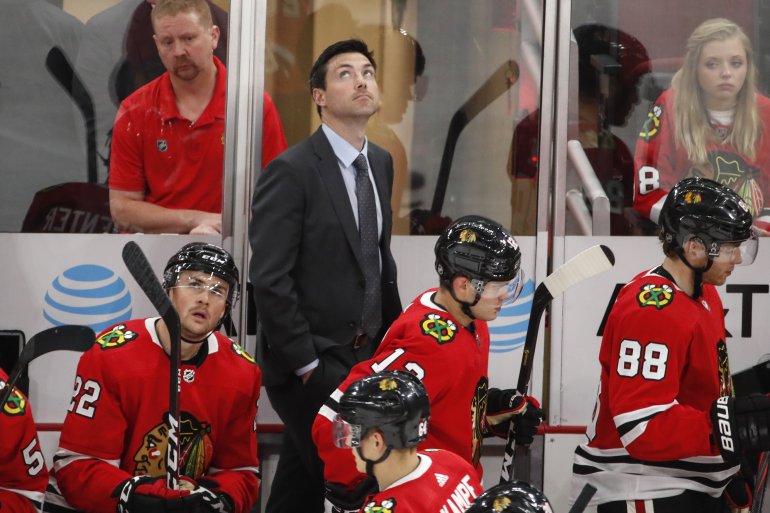 As we all expected but hoped would be different, Adam Boqvist was punted to the Piggies last night. We could sit here and rant about how he was sort of sandbagged by being paired with Slater Koekkoek, whom I’m going to call “Fetch” all season until he is mercifully put on waivers where I’m sure he won’t be claimed. But the Hawks are going to take a cue from baseball executives and keep Boqvist in the minors to “work on his defense,” even though his offense plays at a top level right now. They’ll soon see how badly they need him.

I don’t know how much stock to put in any preseason game, and my inclination is to put next to nothing on them. Last night wasn’t pretty, but I don’t know that we learned anything new. If Crawford or Lehner have a bad game, the Hawks are probably going to give up close to if not a touchdown every time. They simply can’t limit chances that well, so the goalies have to keep them out.

And yet…if you get real fancy about last night, at least at even-strength, the Hawks were pretty even with with Caps. By xG, they actually did a little better (1.51-1.37) and when adjusted for score it’s only 1.29 to 1.55. When you let in five even-strength goals off of that, you have to put that squarely on the goalie. So it goes.

Except I feel like this team, which could outscore the chances it creates given the finishing talent it has in its top six, is also going to probably let in more goals than the chances suggest, simply because. We’ll see.

I do think it’s a tad worrying that you already have your captain claiming the team needs a wake-up call when they haven’t even played a real game yet. It’s one thing for an established team to go through the motions in the preseason. A team that’s accomplished more than dick in the past few seasons. You would think this team, the one that hasn’t come anywhere near the playoffs for two straight seasons and hasn’t won a playoff series in the last four, would have a sense of urgency right from the bell. You’d think they’d be practicing, much less playing, with something to prove.

Only a handful of them have nothing at stake here, and you know their names. But Top Cat, Gustafsson and Strome have contracts to get. Maatta has a career to revive. Others are trying to prove they actually belong here. Seems askew that the Hawks have spent the entire preseason basically getting their ass kicked. Especially the past few days.

Still, when you give Erik Gustafsson anything more than third-pairing responsibility, this is what you’ll get. When you trust Seabrook and Maatta to do much more than stand and stare, this is what you get. And none of it counts yet. The problems are obvious, which is why, perhaps in a panic, I think we’ll be seeing Boqvist before the holidays.

What I wish I saw was some proof of Jeremy Colliton’s system being a change of anything, and we haven’t. The Hawks don’t look like they’re applying more pressure in their zone, mostly because they can’t due to the speed of their defense (i.e. none). But there also isn’t any tweaking of that system to help them with the speed they lack (see if you can see the reference in there). With this defense the Hawks really should be sagging off players on the outside and toward the middle of the ice more, instead of just being in the trail-technique all over the zone. We don’t see that yet.

It’s also not a feather in Colliton’s cap that his captain is saying his team needs to wake up in preseason. After all, both Colliton and Stan Bowman and others have never missed an opportunity to point out he didn’t have a training camp last year, and that was every reason everything that didn’t work didn’t work–the defensive system, Seabrook’s immobility, Keith’s inability to care, the record, the goaltending, the city’s budget crunch, that pothole on your street that hasn’t been fixed, that smell on the bus.

Well here we are at the training camp for Colliton that the whole organization bullhorn’d from the hills…or that one hill we have…would solve everything. And Toews is telling the assembled media they’re sleepwalking after they’ve gotten domed by the Caps and the Providence Bruins. If this was truly the answer, that having a training camp was all it would take, wouldn’t their be a burst of energy at the anticipation of real change? A sense that they were on to something? An excitement at simply something new?