Objects In Mirror Are Not As Close As They Appear 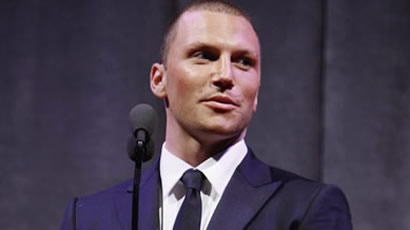 I want to take a break from labor stuff and minor league and college hockey, and talk about an issue that’s never gotten as much attention as it deserves. And it’s going to put me solidly in line with Sean Avery, which strangely puts me in a position I’m more than comfortable to be.

As you may have seen, Sean Avery did an interview with the New York Daily News that was picked up by Huffington Post about how the NHL should have language in the CBA about how punishments will be meted out to those who deal in homophobia and gay slurs on the ice. Avery thinks the way the NHL deals with these things is wildly inconsistent, and he’s right. James Wisniewski can get suspended two games in October ’11 for miming blow jobs at Avery but then Wayne Simmonds goes unpunished for calling Avery “a faggot.” Or Cam Janssen faces no punishment for making horrific remarks on an internet radio show. And these are just two of the most obvious cases.

As you might have seen, You Can Play founder and president Patrick Burke has gone on Twitter to counter Avery on Twitter, including this nugget, “And I resent the NHL being criticized so heavily for something that they are really taking the lead on when it comes to pro sports.”

Let me say that I love what Patrick Burke has started with YCP and what he is trying to accomplish. However, on this one, I gotta call “bullshit!” on you, Mr. Burke.

While you may just rack this up as another stake in my soccer-loving tent, let me take you back a month or so when Seattle Sounders defender Marc Burch was suspended for three playoff games for using the same slur that Simmonds skated on. Those games were the conference title games and it would have been MLS Cup if Seattle had made it.

Now you may say that the NHL has never gotten the chance to suspend a player at that point in a season if they were caught using any gay slur on the ice. But do you honestly think that the NHL would bench a player for a conference final series and then the Stanley Cup Final for such an offense? I’m guessing not a lot of you are raising your hand.

Yes, I know that there are union rules to deal with and fallouts from that. But the NHLPA is just as culpable in this and the thought they would surely fight any long suspension or heavy fine for such comments is a lock in my book. So they have a lot of work to do too.

Let’s also not forget the NBA, who labeled Kobe Bryant with a $100K fine when he got caught calling a ref a “fucking faggot.” To boot, that’s also after Tim Hardaway has been completely black-balled by the league after he went on a radio show and shared some less than charitable feelings on the homosexual community.

Now, contrast that with the Cam Janssen incident. Nothing. No fine, no suspension, barely an admonishment. And what made it worse is that Burke came out to absolve Janssen after Janssen’s PR-Department constructed apology.

My policy is one of forgiveness because I’ve been there. For years I was the athlete using homophobic slurs, casually and regularly. Obviously I feel bad about that now, but I also know that if every time I’d done that someone had been there screaming and yelling and calling me an ass-hole, that it wouldn’t have been productive. So when athletes, or fans, or anonymous Twitter accounts use homophobic slurs, we try – so long as they show they’re learning from the mistake – to support them.

We’ve all been there, you know? If we’re going to go get the pitchforks every time someone does that, then You Can Play is going to need a new President because I’m out!”

Because it’s those comments away from cameras and mics that keep players closeted and makes gay athletes afraid. You may dismiss it as just chirping or comments on the ice, but that’s the point. I don’t say this to tug heart-strings or play a card that you can’t argue against, but I am always hurt and troubled when someone makes a tired and uncreative “Your Mom” joke around me, having lost my mother at age 15.

This post is written by someone who in the first year of our blog referred to Jiri Hudler as “Faggy McFagFag”, which now makes me sick that I actually wrote something like that even in my neophyte blogging days. I know how far I have to go much less anyone else. I’m hardly a paragon of virtue when it comes to this stuff, but I know that I’m at least trying.

So don’t tell me a closeted gay athlete isn’t stung by being called a “fag” or “homo” even if it’s not meant to deride their sexuality but to get them off their game. That’s exactly what keeps them from getting to be everything they are.

You Can Play is a great start. But it’s one thing for these players to appear in an ad (as cynical as I am, I wonder if at least some of those players weren’t pushed into them by an agent), and it’s another to change behavior. And they’re not going to without some serious smacks to reality, and that’s fines and suspensions and a clear tone of “zero-tolerance.”

And we’re a long way from that, aren’t we?